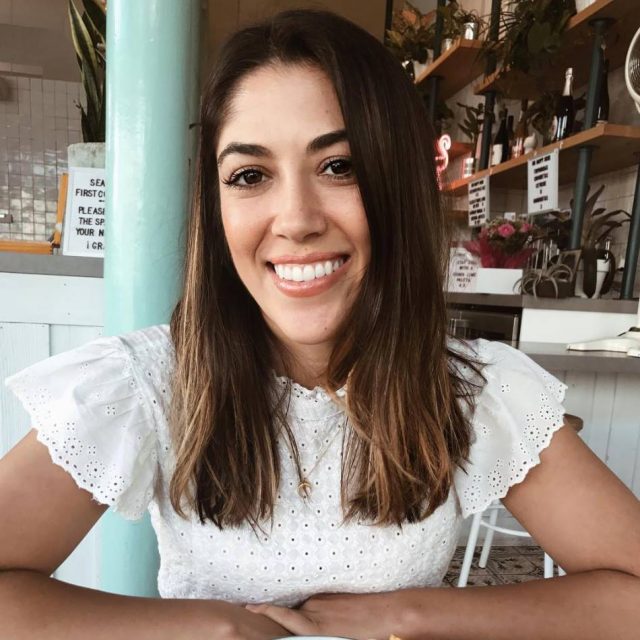 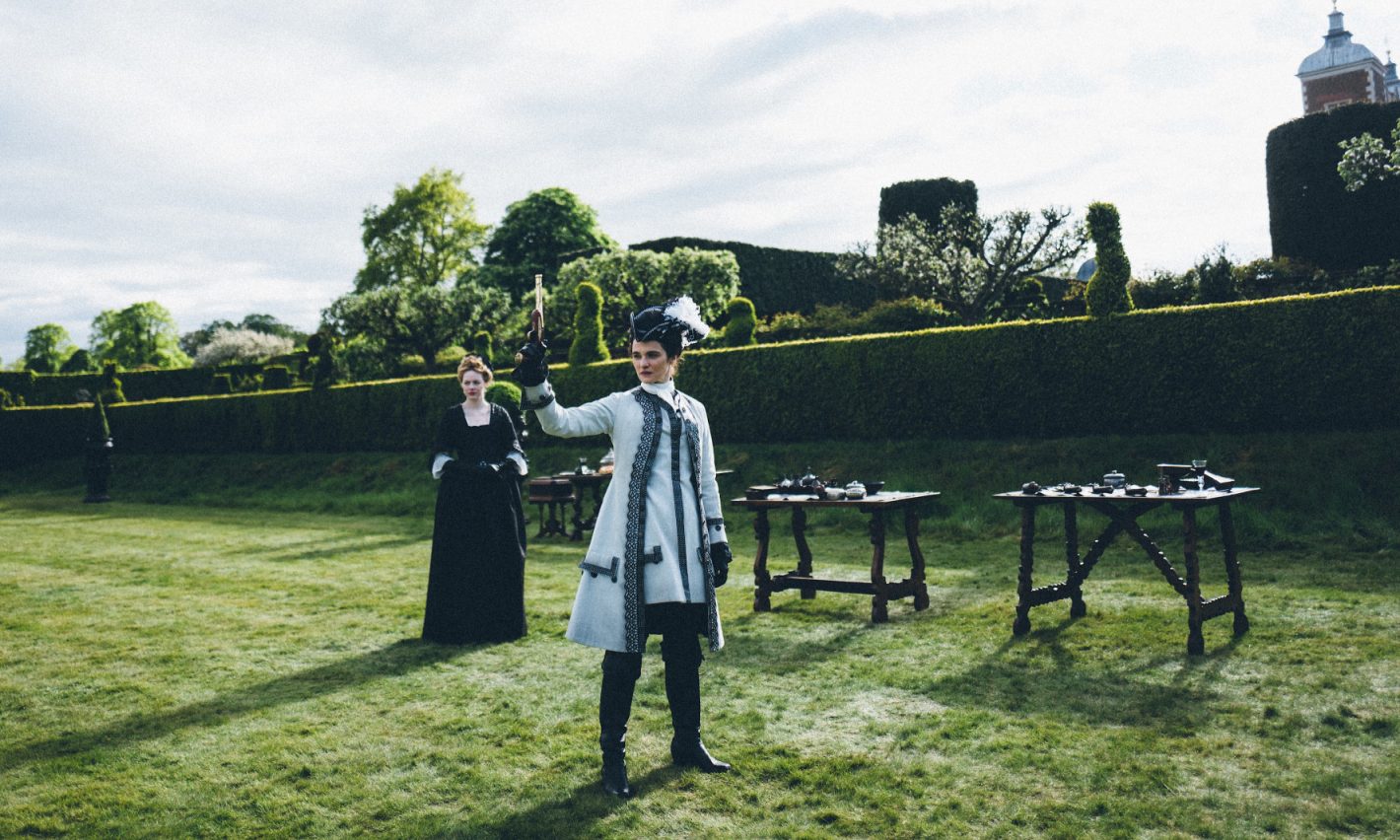 Period pieces are an acquired taste. You’re either on board with the royal intrigue and fluffed-up bosoms and bustles, or bored stiff as a powdered wig. The Favourite, while containing much of the delightful trademarks of the genre (Costume design! Haughtiness! Side eye!), has got moves you’ve never seen.

Directed by experimental Greek filmmaker, Yorgos Lanthimos (The Lobster, Dogtooth), this saucy film is a darkly entertaining exploration of power plays, and turns many a period piece convention on its head. Confectionery cake, usually consumed by royal subjects draped over chaises in a parlor, is solitarily and miserably binged upon (and puked up). Traditional royal dances get a ridiculous remix of silly gestures and borderline breakdancing. The usual royal canine companion is replaced by bunnies (17 of them!). And the diseases that are usually only referenced are shown in all their ghastly glory. It’s a gorgeous, bizzarro mess full of exceptional performances and insane production design, and I am here for it. 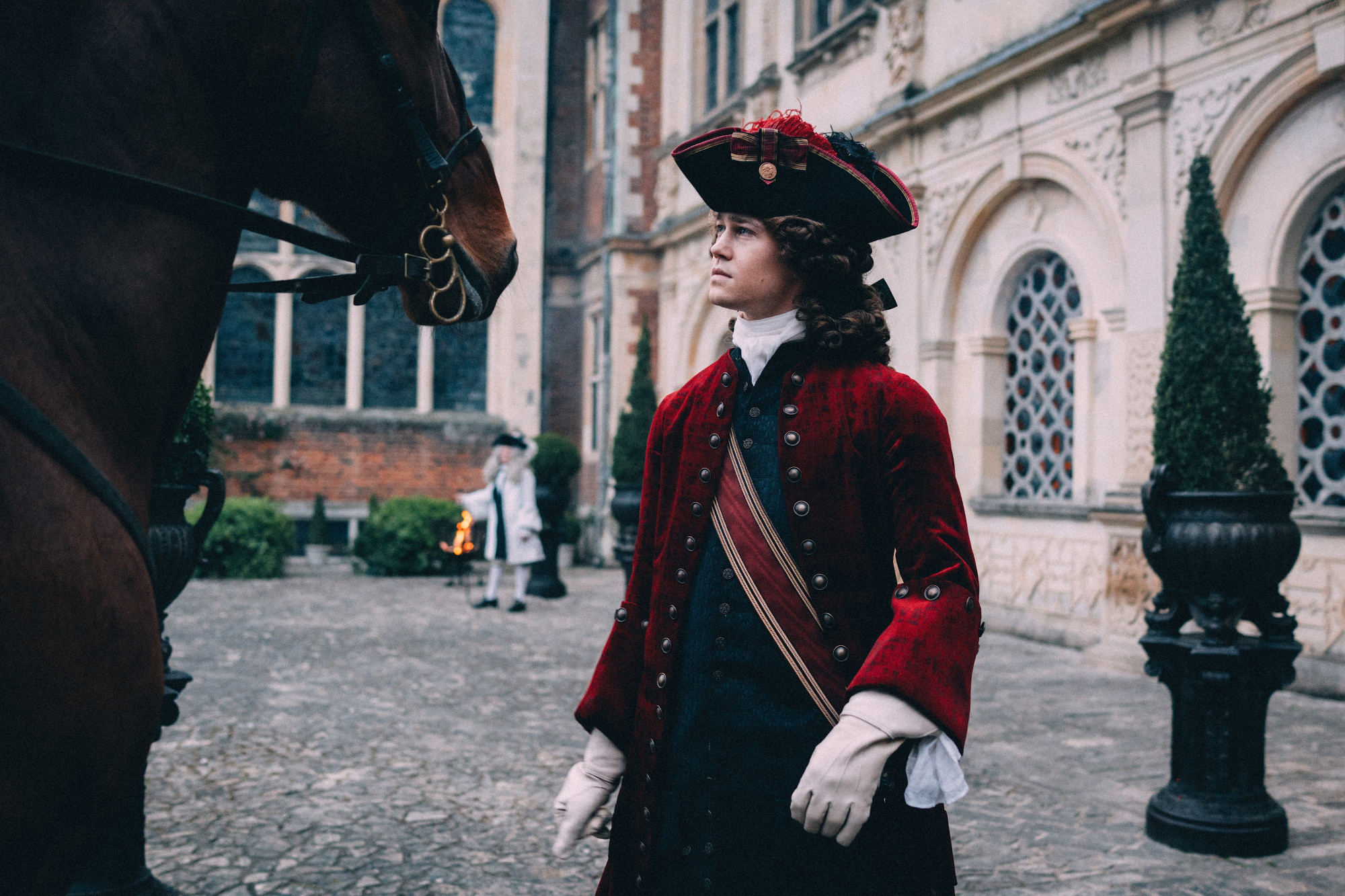 The film takes place in 18th Century England and centers on a sickly, temperamental Queen Anne (played expertly by Olivia Colman). Afflicted with gout and stricken with the grief of many failed pregnancies, Anne oscillates between succumbing to her weakened state and thrashing against it. Managing her mood swings—often mercilessly—as well as the business of governing, is the acerbic Lady Sarah Churchill (Rachel Weisz). The pair have been close since childhood when Sarah stepped in to save Anne from a bully. For better or worse, Sarah’s been doing her bidding ever since.

Sarah’s love is complicated: sometimes familial with brutal, stinging honesty, and sometimes tender and sexual as she services Anne in her royal bed. The former could be born from true affection and care, while the latter may be closer to a power play to keep the queen on her side. With a conviction to serve her country, Sarah pulls Anne’s strings to keep England strong, and that means staying engaged in war with France. Aware of the puppetry as Anne may be, it seems she’s allowed the dynamic to go on for some time. 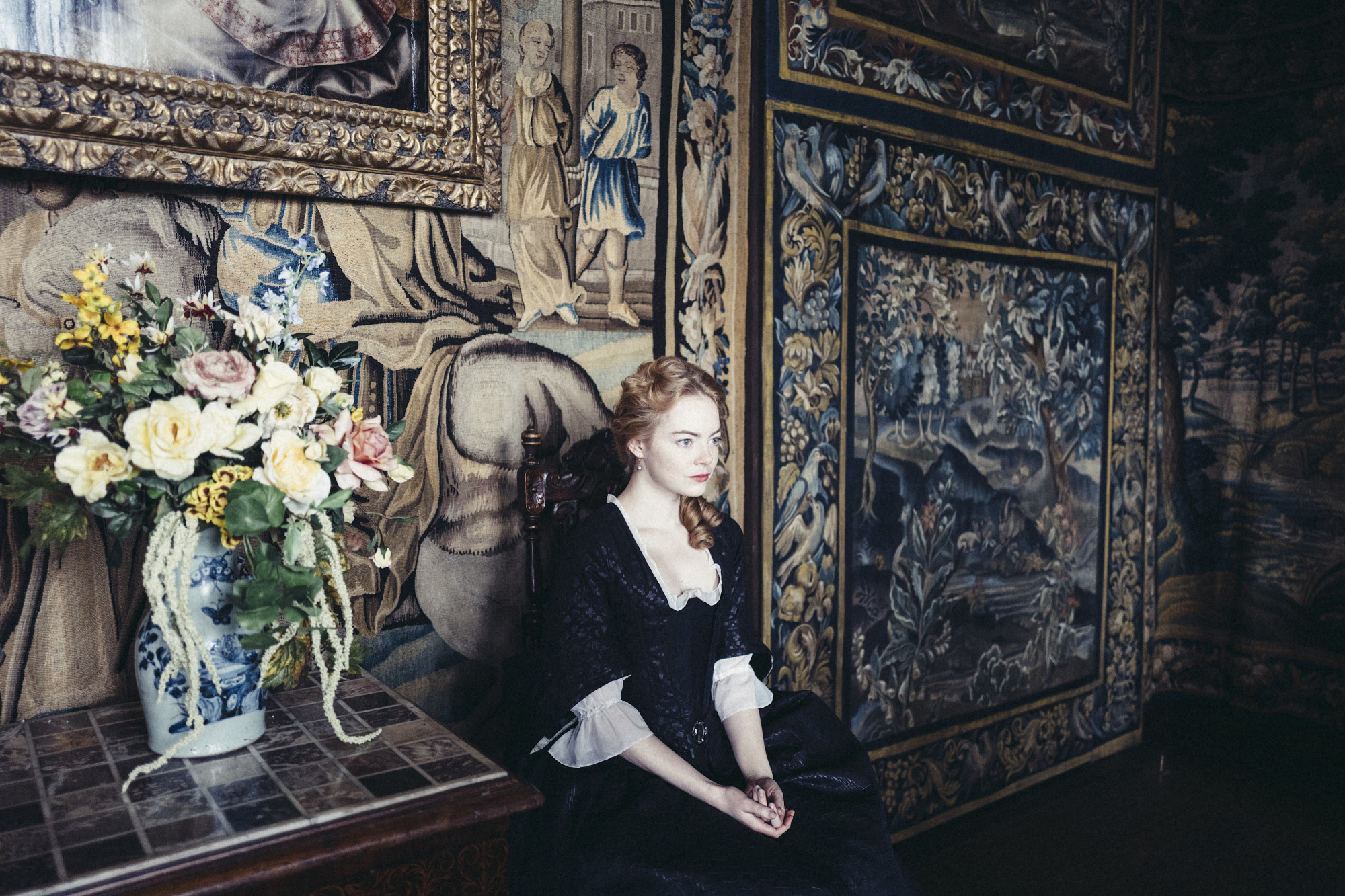 The transactional relationship stretches into a love triangle with the arrival of down-on-her-luck beauty Abigail Hill (Emma Stone). A cousin of Sarah and a former lady, Abigail’s station was compromised when her father “lost her” in an absurd gamble to an awful, “thin dicked” man who subjected her to sexual servitude. Disheveled and determined to change her circumstances, she arrives at the palace to appeal to her cousin’s compassion. Might there be a job for her? Since Sarah is about as soft as her razor-sharp cheekbones, she assigns Abigail to the shabby maid crew.

Abigail isn’t scullery-bound for very long. With just a couple calculated moves, actually quite benevolent in nature, she earns the notice and favor of the queen. For Queen Anne, Abigail’s softness is a welcome break from Sarah’s hard edges. It’s only a matter of time before Abigail’s expanded role begins to overlap with Sarah’s. And as Sarah begins to see through Abigail’s innocent veneer, the women begin to compete for Anne’s affections. The sexual strategies and social archery they wield against one another are as entertaining as they are heartbreaking, as the queen’s humanity is revealed more and more. 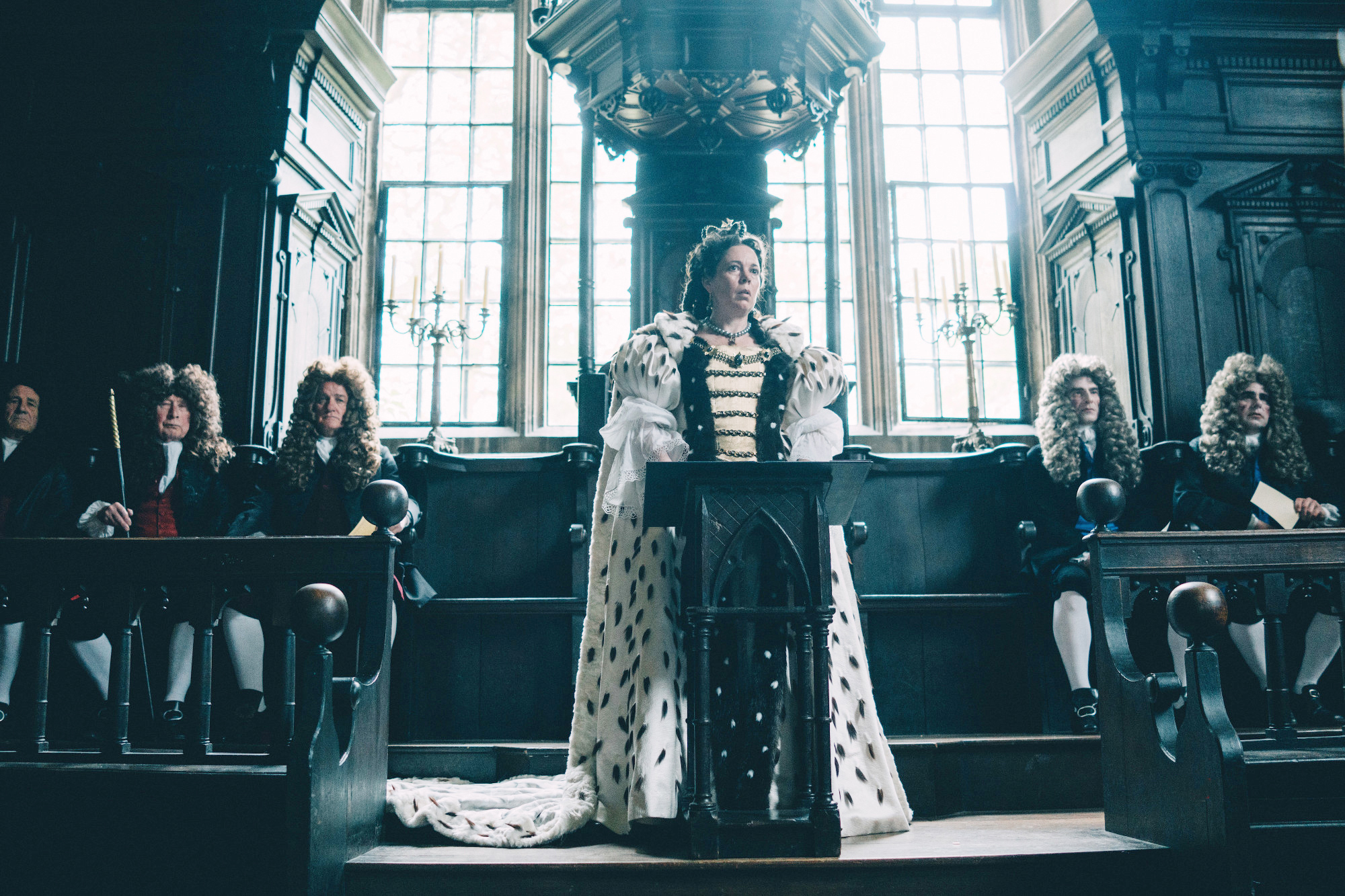 These ladies are scary in the best way, but the men do indeed still run this 18th Century world. What’s refreshing, though, is how our trio of heroines skirt around them with anything but the usual quiet cunning. Their biting wit is matched only by their physicality. The men are shoved, shouted at and stared down. Underscoring the men’s role as accessories is the reversal of appearances. While the women are still naturally gorgeous (minus the queen; she’s usually scowling or barfing), it’s the men who peacock around with powdered faces and rouged cheeks. And how gratifying, in a way, that the queen leans into her nastiness in a way usually only afforded to men.

These wicked characters glide in and out of our collective sympathies. It’s said that no character is truly evil, that even villains have humanity, usually motivated by pain. And that much is made clear. Although we see only glimpses of softness, care and the misfortunes that made them who they are, it’s somehow enough to feel for each of them at various moments in the film. And between those rare moments, it sure is fun to watch each and every character be a straight-up B.