The Truth is Hard to Come By 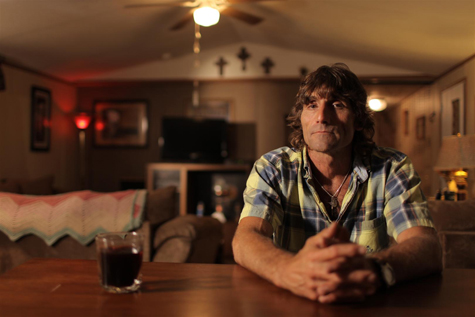 In the mid-‘90s, a 13-year-old boy from San Antonio, Texas, disappeared on his way home from a game of basketball. Miraculously, just over three years later, the boy was found halfway around the world in Linares, Spain. It’s an improbable story, even on face value, but the tale woven in director Bart Layton’s documentary/thriller The Imposter pushes possibility to its breaking point. The film packs the punch of a classic suspense story, bolstered by the fact that it’s a true story; however, like a prizefight that ends in a decision, The Imposter feels unfinished.

The film begins with an unfortunately true family story. Nicholas Barclay, a by all accounts loved but rambunctious, street-smart youth, disappears. Though the boy’s family exhausts great effort to find Nicholas, they have little support from the authorities or the media. It wasn’t a story to them, one family member intones as the film opens, “but it was a story to us.”

Barclay’s family comes to the begrudging realization that Nicholas is most likely dead. Then one day, out of nowhere, the boy’s mother receives a phone call that her long lost child has been found thousands of miles away. The U.S. Embassy and FBI are notified, people are deployed to a children’s home in the south of Spain, and eventually Nicholas’ oldest sister Carey Gibson makes her first trip to Europe to bring the now 16-year-old estranged teenager back home.

The problem is, it’s all a lie. The person posing as Nicholas is actually a 23-year-old Frenchman, who concocts an elaborate ruse that not only fools the authorities, but even Barclay’s own mother. The conman is brought back to the United States, where he and his surrogate family conduct a normal life until it all comes crashing down.

There are great characters in place: the crafty French conman who, telling his side of the story, seems to be a man who fell through the cracks–a man who yearned for acceptance at all costs; a sister (Gibson) who seems to be the rock of her troubled family; an affable and well-meaning, but somewhat daft, FBI special agent (Nancy Fisher); and a flashy southern private investigator (Charlie Parker) who becomes obsessed with the case. 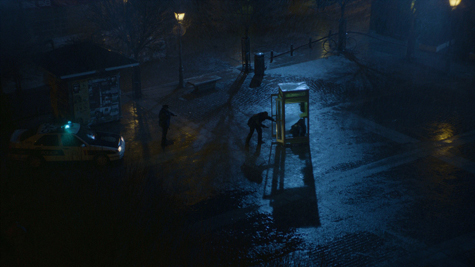 Layton tells this story using beautifully shot, intimate interviews with all parties involved. The film is not just a gallery of talking heads, though; archival footage, home movies, clever editing and brooding reenactments create a film that teeters between documentary and scripted drama. Layton deftly merges these two styles of storytelling, creating a seamless, compelling and sometimes even comical narrative.

Layton’s in-depth reporting gives The Imposter a detached, journalistic quality. All sides and viewpoints are given a voice and ample time to plead their cases. For much of the film, it feels like judgments aren’t made as facts and accounts of these remarkable events are presented quite plainly.

The Imposter flows like a typical documentary until Parker’s arrival when the already extraordinary story takes a spectacular and unexpected turn. Fisher and Parker begin putting the puzzle pieces together and the picture that reveals itself turns out to be rather shocking.

The suspense really ramps up as the film closes. Unfortunately, this rising crescendo hits a wall as The Imposter abruptly ends. This is a documentary, after all, and as is often the case in real life, solid resolutions can be hard to come by. Still, the film’s cool, journalistic stance leaves plenty to conjecture and the imagination, but does little in making an actual point.

Then again, that could just lead to lively discussion. Fantastic stories like this could only happen in real life, so there is truth in the old phrase, “You can’t make this stuff up.” 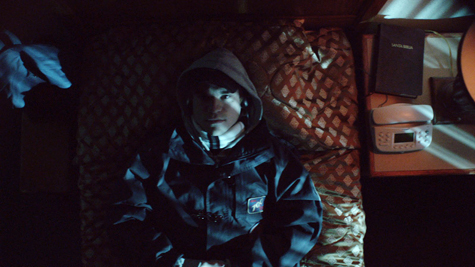 The Imposter opens at the Crest Theater in Sacramento on Aug. 24, 2012. Check http://thecrest.com/ for more info.