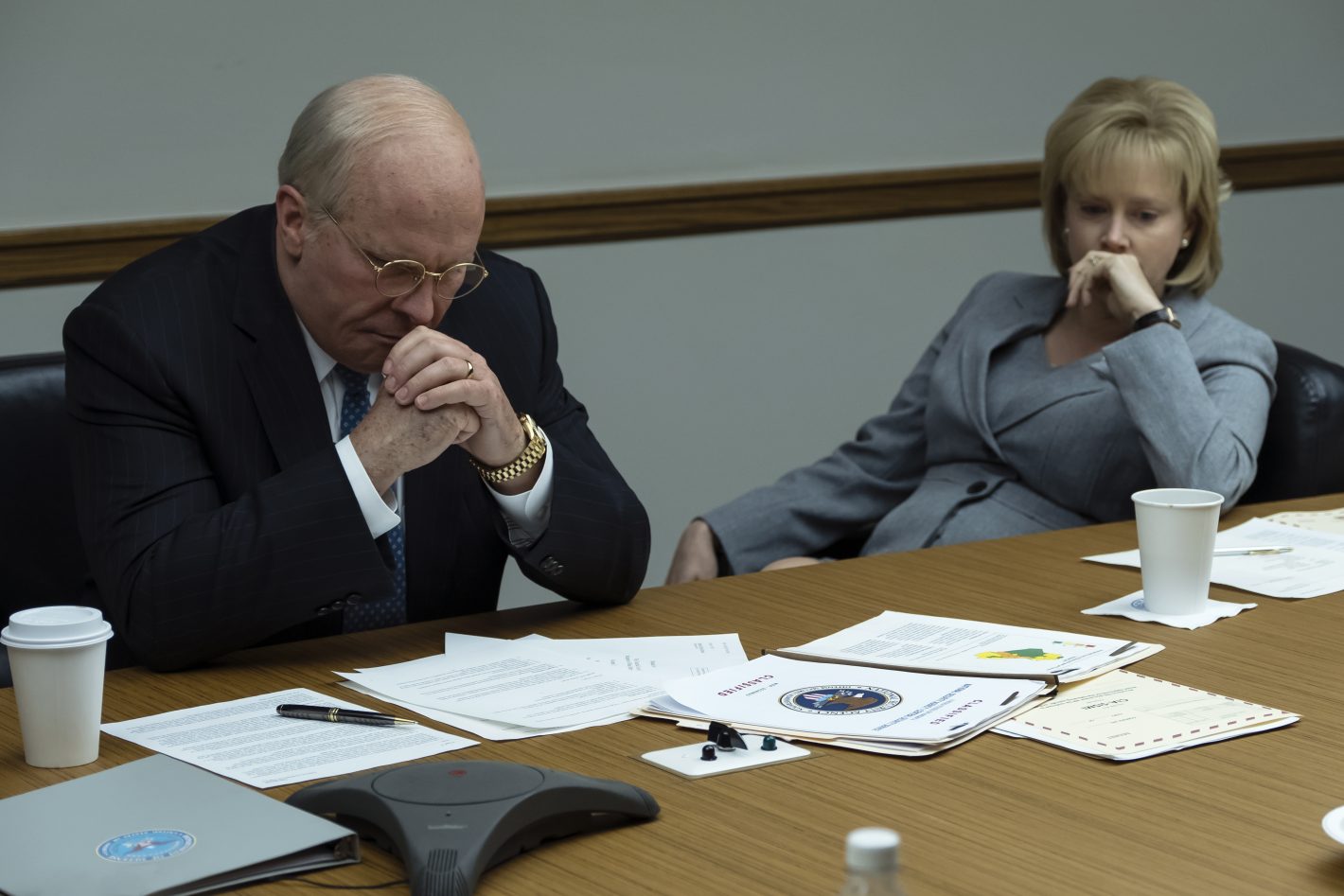 As much as many of us would like to turn the other way, gag and dash our brains out on the nearest rock at the mere mention of Dick Cheney’s name, he was and is a very real person whose actions continue to reap dire consequences up to the current minute. It is with this in mind that writer/director Adam McKay (The Big Short) put Vice into the world.

Vice chronicles Cheney’s rise to shadowy power, beginning with his youthful, drunken post-college-flunk-out years, whereupon he worked as a lineman in his home state of Wyoming. Cheney is played by master-of-shapeshifting Christian Bale, who packed on the pounds for the role and uses his best gravely Batman voice to accurately portray the gruff and Oswald Cobblepot-like VP. In the early goings, we’re also introduced to Cheney’s hardline spouse, Lynne (Amy Adams), whose single-minded tenacity and certifiable political power is a heavy dose of new information for many viewers, including myself. (How often is the wife of a vice president put under the cinematic microscope?) 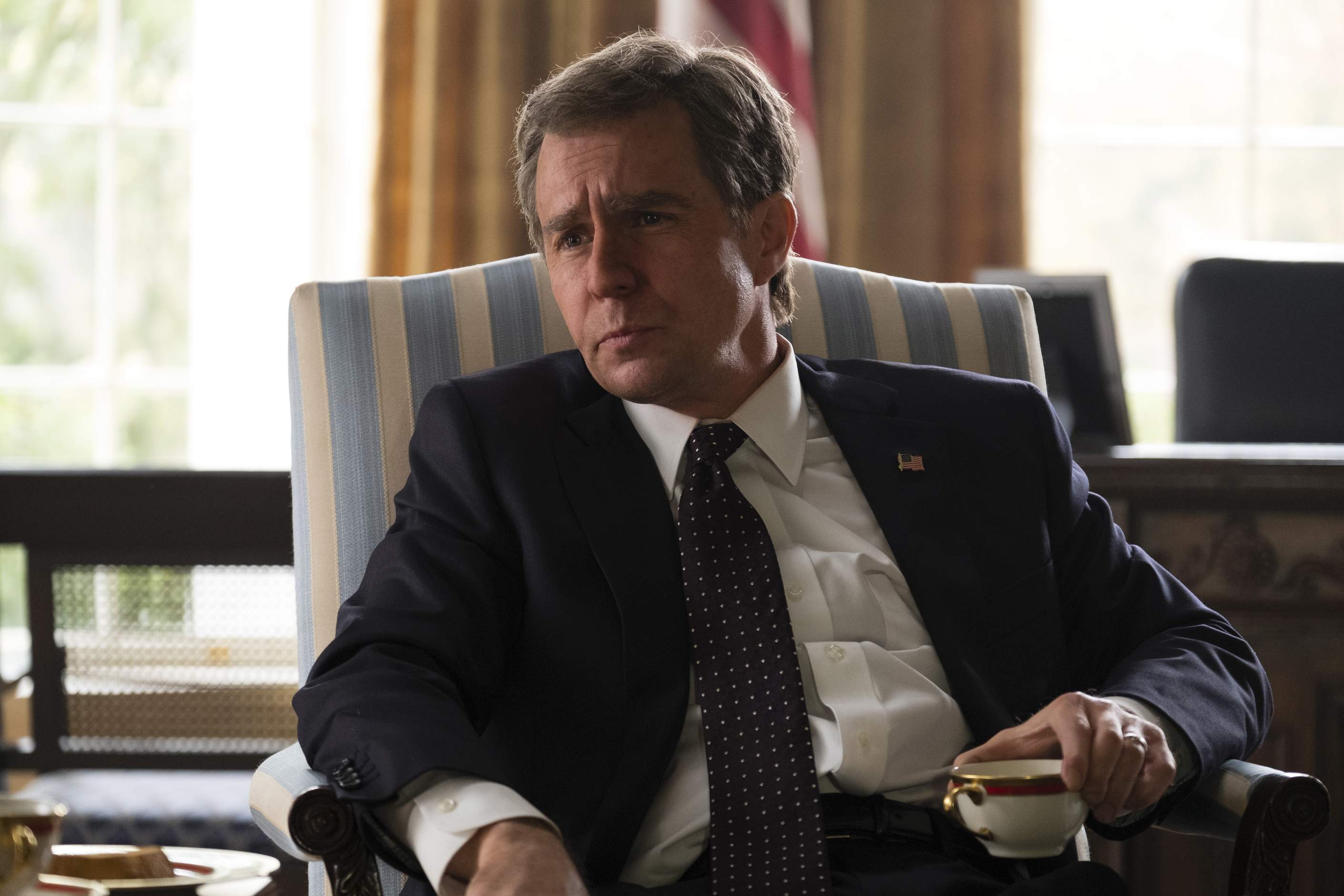 Clipping along from his early 1970s Washingtonian roots as an intern for the young-ish Donald Rumsfeld (Steve Carell), we watch Cheney climb the internal ladder from congressman, to Chief of Staff under Gerald Ford, to Halliburton CEO, eventually spitting out as the unsuspecting running mate of George W. Bush (Sam Rockwell), which of course ultimately resulted in his vice presidency.

Vice’s pitchfork is clearly aimed, casting Cheney as the diabolical mastermind of the Bush years, the backdoor architect of executive branch abuses of power and the unparalleled disaster of the 2003 invasion of Iraq. The film also goes out of its way to give due attention to his home life, including an outspoken acceptance of his gay daughter, Mary, throwing Cheney into a somewhat humanizing light. Credit both Bale and Adams’ craft for nailing this aspect of Vice, as there’s genuine character development here: You remember that the real-life villains they’re portraying are in fact real people, not just New Yorker cartoons. 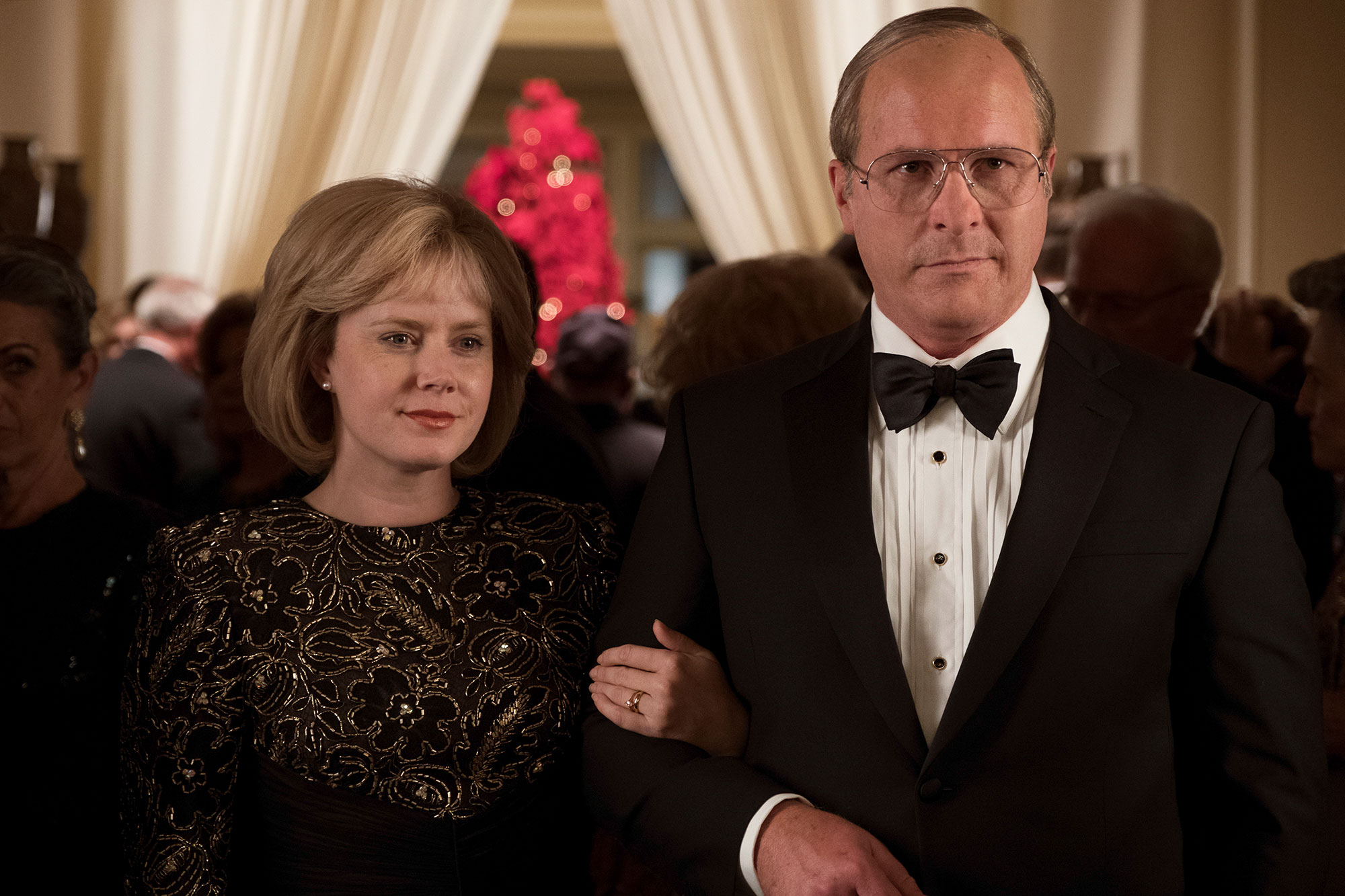 As for the rest of the cast and film, you really can’t say the same. I can understand Adam McKay’s desire to recreate the formula that led to the runaway success of The Big Short, but there has to be a limit. From the standpoint of writing and directing, Vice basically is The Big Short. With the same humor-first, docu-drama narrative stylings, quick-cuts and pop-culture cutaway non-sequiturs, it feels like a sequel of sorts, only Vice often comes off as gimmicky, not poignant. The subject matter itself is simply too grim to be asked to constantly chuckle at. By that same token, there’s a misplaced aspect of buddy-comedy here that doesn’t work at all. Steve Carell, for example, misses in a big way as Secretary of Defense Rumsfeld, insofar as it’s just Steve Carell acting like Brick from Anchorman with different lines. The same can be said for Sam Rockwell: Yes he does a great George W. Bush, but in the context of the film that’s all it is, an impression. McKay makes no attempt to develop these all-too-real pivotal players in the same way he does Dick or Lynne Cheney, and the result is flat, haphazard schtick.

But all is not lost, and I for one am not going to condemn McKay for missing the mark. Theatrically speaking, nobody’s really smashed the glass ceiling on the W. years as of yet (Lord knows Oliver Stone’s attempt was a joke). And that may simply take time, as pretty much all the key players are still alive. Tell-all political dramas seem to gain strength and perspective at a certain distance from the content itself, i.e. motherfuckers starting kicking off. McKay, at the very least, provides factual information for the backbone of the film, and that alone can serve as an important reminder of the unmitigated and ongoing nightmare those godforsaken good ol’ boys have sewn into the very fabric of our world. Because it’s really tempting these days to fantasize about prior presidential administrations with irrational whimsy, something to the affect of, “Ya know, I guess so-and-so really wasn’t that bad …”

Well in this case they were, and nobody should ever forget that.