Photo above by Dan Herrera

In a small shop in Roseville, nestled between a gas station and a cluster of small businesses, Halloween has already started. Nicole Chilelli, a beauty and special effects makeup artist and the owner of Vicious Vanity FX, oversees two of the artists from her shop as they spend Saturday evening crafting a costume for a character called The Root of Evil.

“She is this character that came out of the Sleepy Hollow tree,” explains Chilelli. “She’s the reason why that tree is so evil. And this tree kind of just sucked her up and engulfed her with evilness. The Headless Horseman, that’s like her minion that she sends out to do her dirty work, and the more people it kills, the more the roots grow on her body, which gives her more strength … That’s why she’s the root of all evil.”

This costume is being prepared for an upcoming class being taught by Chilelli at the Sacramento horror convention Sinister Creature Con. During the class, participants will be able to see each step that goes into creating this costume. Chilelli describes the Root of Evil character as “fantasy and horror mixed together with beauty.” On day two of the convention, Chilelli will be demonstrating the creation of a Botanical Alien Hybrid, another original character.

“He’s inspired by this plant I saw when I was in Costa Rica,” she explains. “This crazy leaf that pods up and then it opens into this heart that has black spots all in the inside. It’s like an alien.” 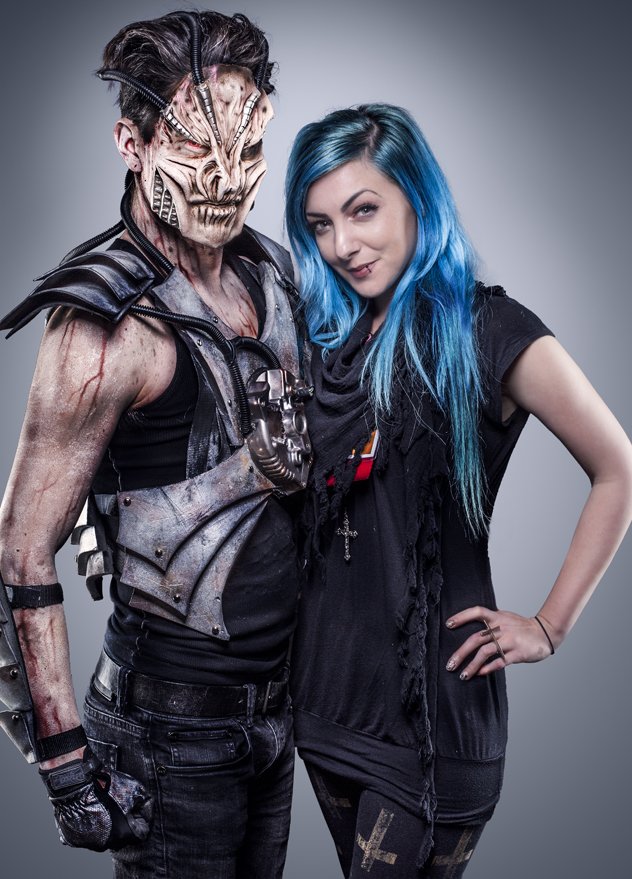 Throughout the shop, artists are working on bits and pieces from different costumes and half-finished projects. Chilelli and her team make every part of the costumes here, down to the molds. “We’ve got some Maleficent horns over there, we’ve got wounds and zombies and creatures and a fawn, fairy ears, pretty much anything you can think of,” she says. They sculpt and hand-paint all their prosthetics, resulting in prosthetics that blend right in with the skin. Chilelli explains that most mass-produced prosthetics have huge edges that prevent them from looking realistic.

“I think it kind of kills your confidence as a makeup artist when you go, ’I just got this really nice expensive prosthetic and I can’t make it blend in,’” she says. “So I’m trying to do stuff that is hand done and has more care put into it so that the everyday artist can apply this and feel like they accomplished something.” 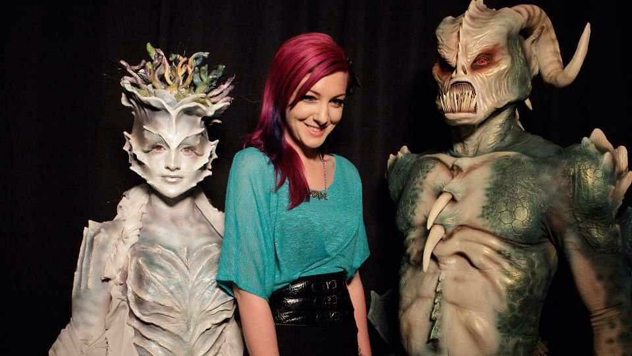 {Work from Face Off Season 3 | Photo by Brett-Patrick Jenkins }

Starting this business was a natural fit for Chilelli, who considered herself an artist from the time she could hold a pencil and always loved drawing, painting and sculpting. She’s also loved Halloween since she was small. She and her dad spent every Halloween setting up their yard to scare all of the little kids who came by.

Chilelli first recognized that this could be part of a future career one particular Halloween, after she had spent four hours painting a dead foot that she had placed hanging out of the trunk of her car.

“I was out in the sun, and I hate the sun—everyone knows that I’m like a vampire. I was out there in the sun for four hours painting this hand,” she remembers.

Her dad came out and asked if she was OK, and then said to her, “Think about it though—this is movie makeup. This is what you should be doing.”

And special effects makeup indeed was a blend of all her different interests—art, Halloween, fantasy and beauty. Makeup became her outlet as an artist.

“The first time I think I really made a full character and it was done, I pulled my brush back and looked and he opened his eyes I was like, ‘You’re like a person! You’re alive! My character is alive!’” remembers Chilelli. “It’s like Frankenstein. It’s such a cool feeling.”

With a couple community college courses to learn the basics, a stack of books and a lot of trial and error, Nicole was on her way to becoming a self-taught special effects makeup artist. “It was before the age of lovely YouTube where you can just see how everything is done, so I kind of had to just trial and error,” she says. 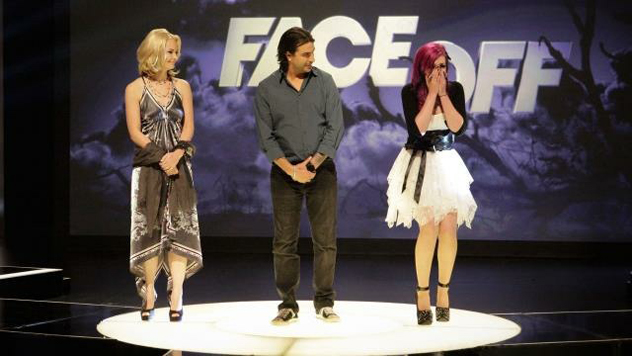 Chilelli’s pivotal career moment was winning the reality TV show competition on the Syfy channel called Face Off, which pits a group of prosthetic makeup artists against each other to create science fiction and horror characters. Chilelli remembers being surprised when she made the audition and got on the show—she hadn’t had any formal training and really didn’t think she was ready for it.

“The first few episodes I really was more into trying to impress and over-show my work,” she says. “I feel like when you do too much to show off you end up losing the overall idea and the overall character.”

At one point she even got voted off the show, but ended up making it back on, and from that point she changed her approach. Instead of working to impress others, she made the characters she herself would be excited to see on the stage, and she started winning. “It’s such an awe-inspiring moment to know that just staying true to your art and doing you can take you that far,” she says. 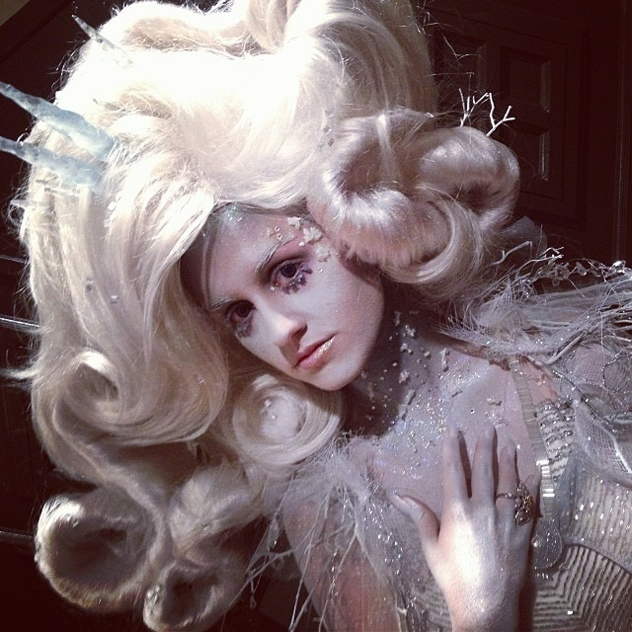 Chilelli started her business about a year later, initially from her kitchen. She remembers having nowhere to hang her clothes because her closets were full of materials. The business expanded into the garage next, and then into the shop, and took off from there. “We’ve got all kinds of materials that I never thought I would have” she says. “We have all the resources that you can think of.”

The team at Vicious Vanity FX is busy year-round, not just during Halloween. They work on films and photoshoots, both with local groups and beyond. Weddings, proms and other special events are all within their repertoire. “A lot of people think that we’re just effects artists, but we have the skillsets to do all of it,” says Chilelli. “Effects is a lot harder than beauty. We can do beauty.” 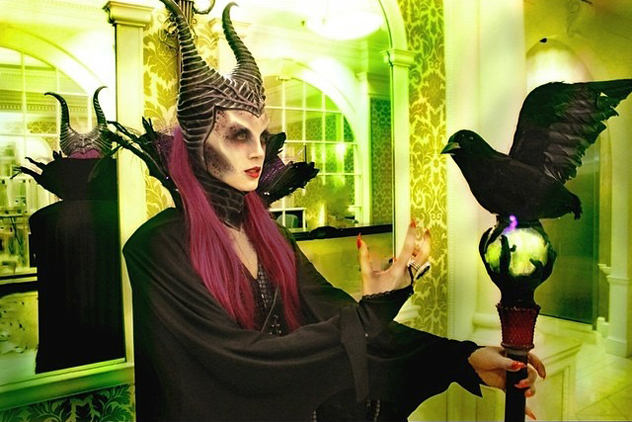 The team at Vicious Vanity FX will be bringing their art to the public this year by opening their studio for Halloween appointments. Chilelli says that in addition to their pre-created costumes, they can work with people to create “pretty much anything someone can think of.” To get started, the team needs a list of all the items that the person needs help with, and from there they will provide a quote for each piece. They can also help people who aren’t sure what costume they would like to choose. There will be about six artists working at once, allowing them to cover as many people as possible during crunch time. 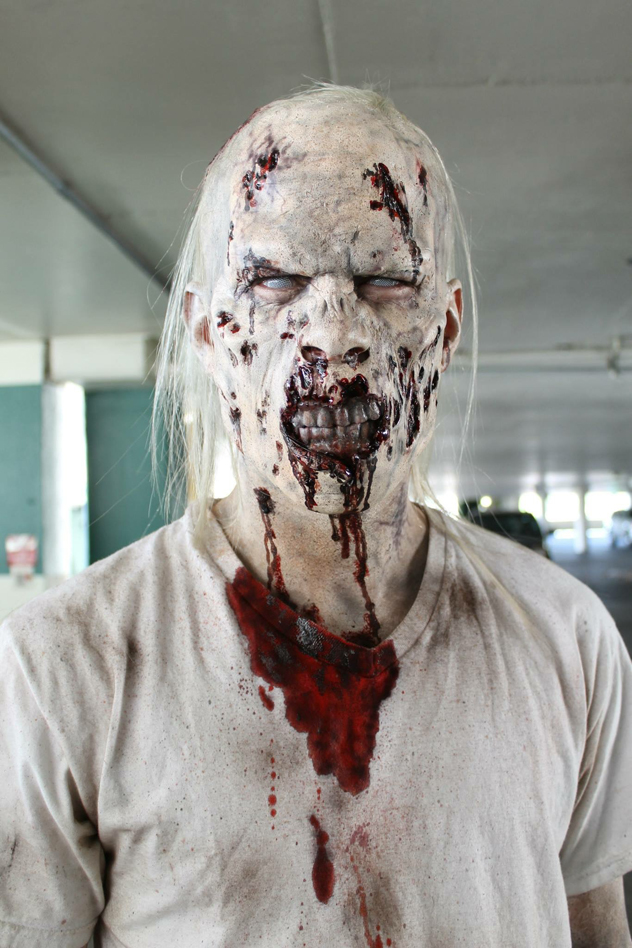 Opening up the shop for individual appointments is a big deal, not only because it’s their first Halloween doing this, but because until now the shop has been completely closed to the public, with all their business taking place online. Chilelli says that after spending the past few Halloweens working as makeup artists for a haunted house, she and her team are excited to be branching out and doing something new.

“I feel like we really could offer a lot to the community and just get out there and have fun with people, so we’re excited,” she says. “We’re really bringing movie-quality stuff to everyone this Halloween.”

Nicole Chilelli will be teaching two classes at Sinister Creature Con, Oct. 17 and Oct. 18, 2015, at the Scottish Rite Center located at 6151 H St., Sacramento. Sign up online at Viciousvanityfx.com/shop. To make a Halloween appointment, visit Viciousvanityfx.com or email ViciousVanityFx@yahoo.com.