Years in the making, Amaro recently opened with a refreshing, yet time-tested menu of classic Italian dishes. Building on the experience of opening successful establishments like Shady Lady, B-Side and the Sail Inn, the owners and executive chef of Amaro have done it again. Distinctively modern, yet comfortably classic seems to be the theme of their restaurants and bars, which are always built from a moment in time that is steeped in tradition, then elevated with a critical eye.

Amaro is no exception. When walking into the restaurant—especially at night—you are instantly drawn to the illuminated wall that features what looks to be a glowing, whimsical collection of books which are anchored by the building’s custom industrial steel frame.

Peering into the open kitchen you will find Kevin Ritchie and his crew hard at work preparing fresh pasta, pizzas and sauces that have been passed down, tested and honed through generations.

And one cannot talk about Amaro without bringing up the fact that Deftones drummer Abe Cunningham is an investor. Surprising to some, Cunningham isn’t new to the restaurant world. In fact he spent his childhood romping around the coastal restaurant his mother owned.

Recently I spent some time with Cunningham and Ritchie and learned how cherished church cookbooks, historic building regulations and the love of wanting to serve food that is saturated in comfort has led to the long-awaited opening of Amaro. 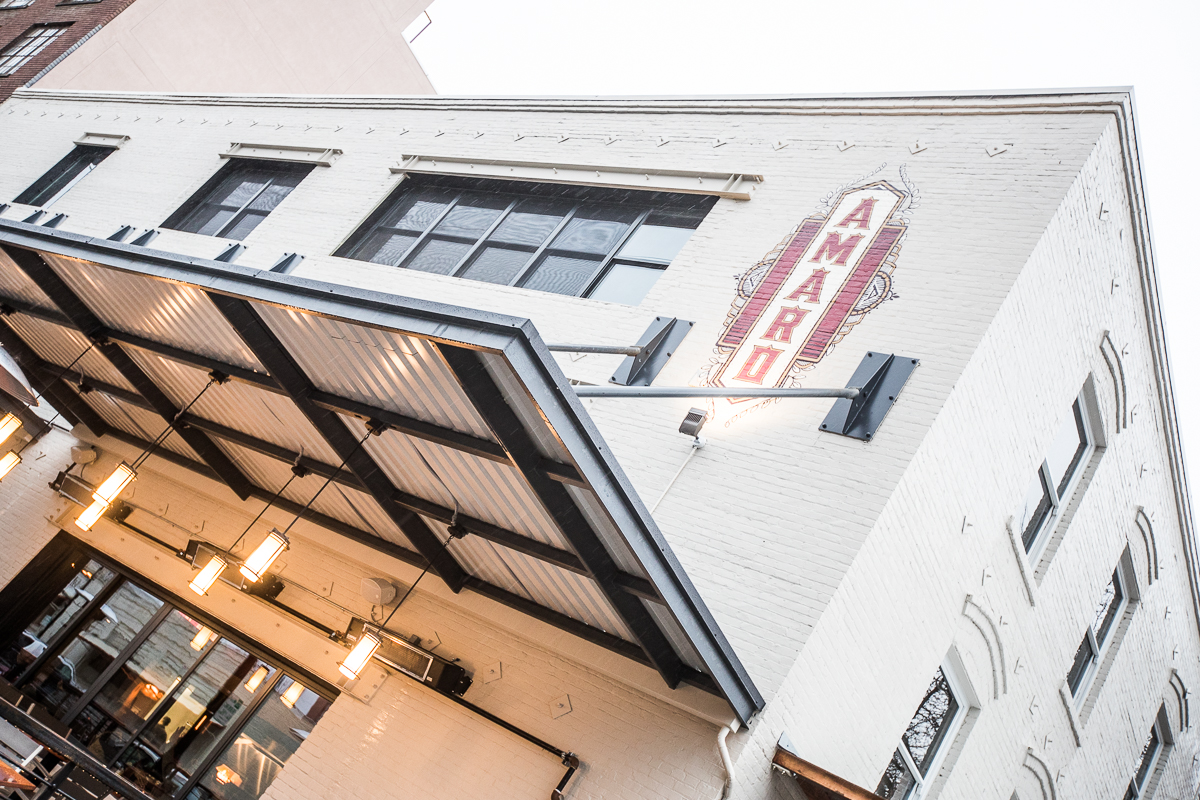 I noticed that Amaro was initially scheduled to open a while back. Can you tell me about the unexpected process that went into getting the doors open?
Kevin Ritchie: If you’ll take notice, there are many steel girders that are supporting this building. When this building was inspected we were told that it was about to come down, and it was marked as a historical building, so in order to keep the façade and make it secure we had to maintain the historical integrity.

So you couldn’t secure the building using modern technology?
KR: No, we had to turn to Pittsburgh and order real steel custom-made girders. The new steel beams are literally holding the building up. They are not artistic by any means. 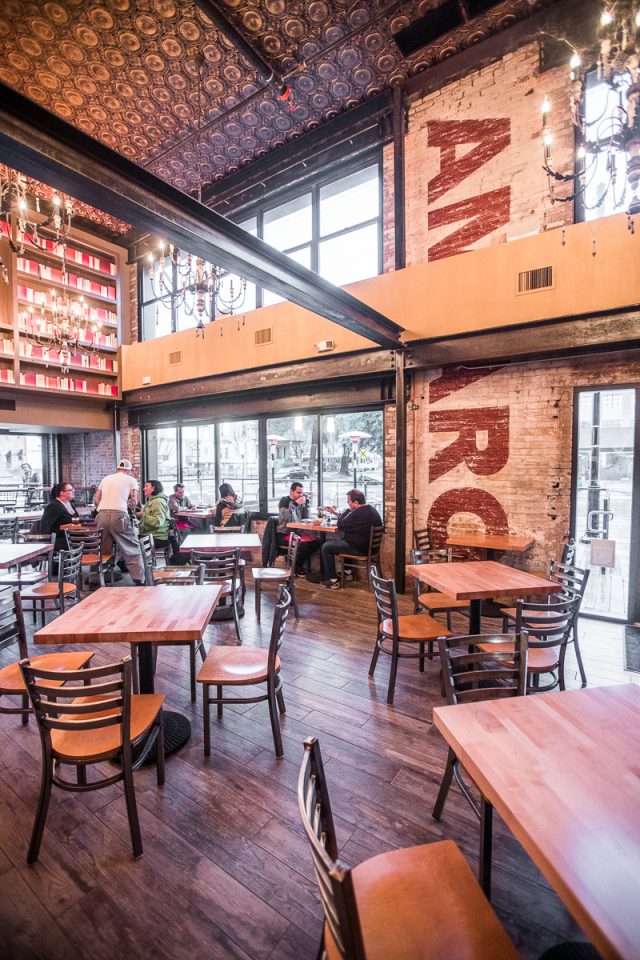 They look great exposed. Was that always the plan once you had them put in?
KR: Well, if you’re going to take an extra three years on a project, you might as well leave the steel girders and beams exposed and not redesign around them.

How did Abe get involved with Amaro?
KR: So Abe is friends with Garrett [Van Vleck] from coming into Shady, he mentioned that he was interested in becoming an investor. He grew up in restaurants. His mom owned a restaurant for a long time.
Abe Cunningham: Yeah, my mom had a restaurant, so for me playing music and working in restaurants, the two kind of go hand in hand.

Abe, Is this your first major investment outside of music?
AC: Yeah, I’ve known these guys forever and thought it was a great opportunity to get involved with something in town with my friends; people I’ve grown up with that are now of age and are doing good things.

How does it feel to see your first restaurant open?
AC: It’s really neat to see it happen after all these years of wishing and hoping … Now that it’s open I’m just so happy to be partnered up with these guys and make something rad and delicious that we can all back. 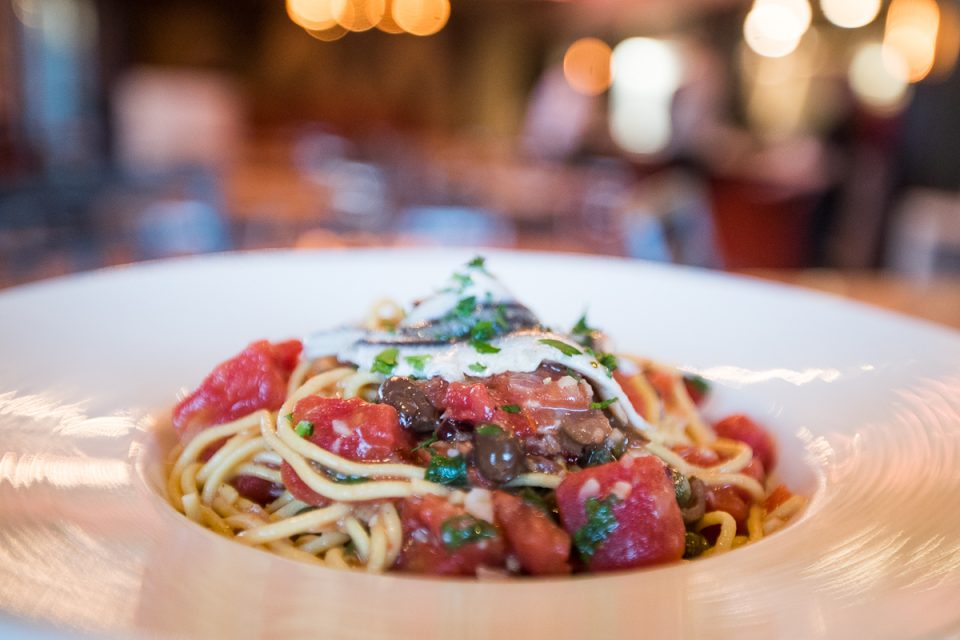 How did you guys end up choosing an Italian concept?
KR: It’s something that we sit down and discuss; not only concept but a menu that goes along with the concept. We tend to have a lot of arguments about what’s classic and what concepts will stand the test of time, things that remind you of home, but when I was asked, “If you had your choice of any kind of restaurant you would like to build, what would you do?” I was like, “I would love to have a little pizza/pasta place.”

Once you had the concept, how did the menu come together?
KR: I wanted all of the food to feel like home. I want the food here to be comforting. I’m not trying to reinvent the wheel. I just want to make good food good. 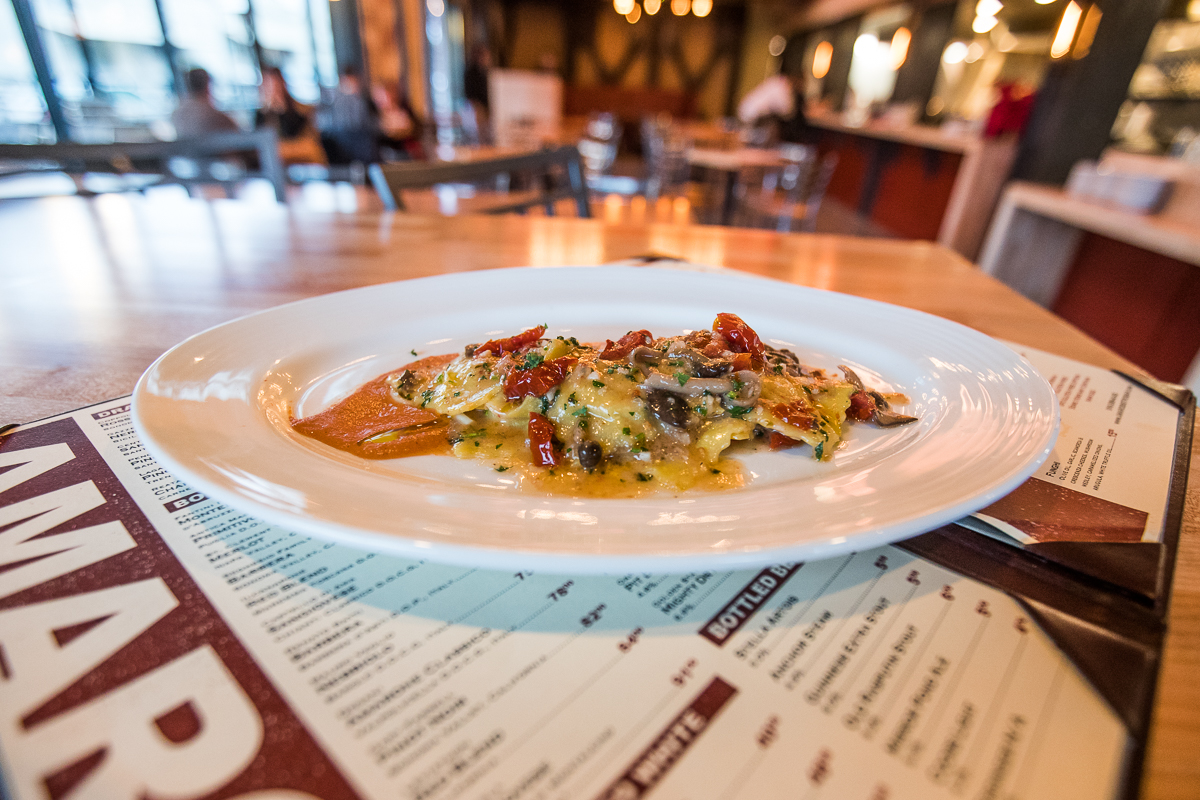 What drew you to Italian food?
KR: I grew up eating lots of spaghetti. The spaghetti sauce here is basically my mom’s sauce that comes from a church book that was my great grandmother’s. The book was filled with handwritten recipes by women in her church.

Did you grow up in Sacramento?
KR: Born and raised. I went to the same elementary, junior high and high school as my mom. My grandparents moved here in the ‘50s, right after the war, and I was lucky enough to grow up in the house my mom grew up in. I’m proud of that.

And did your culinary career start in Sacramento as well?
KR: Yeah, my first job in a restaurant was at Pizza Hut on J Street when I was 16 years old. Then I worked for Round Table on Folsom Boulevard … but it really took off when I started working at Rio City Café. I worked there for about a year and a half, and I was in a culinary apprenticeship program through the American Culinary Federation which was out at Sierra College, then I went to work for Waterboy. So I learned how to be a line cook at Rio City; Rick Mahan at the Waterboy taught me what it meant to be a chef. 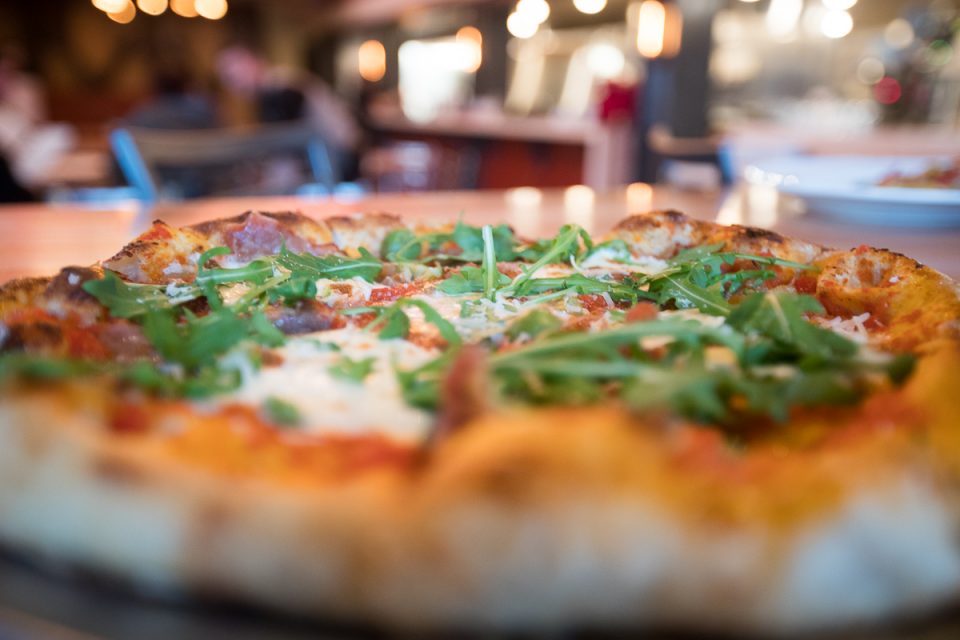 Abe, was your mom’s restaurants in Sacramento?
AC: I grew up on the coast in Mendocino and she had a restaurant up there—kind of early California cuisine. While growing up in restaurants I had the time of my life. Since my existence really, I remember bussing tables, washing dishes and working in the kitchen.

Did you have an area of the restaurant that you found yourself hanging out in more than others?
AC: I always preferred to hang out in the kitchen rather than on the floor. It’s more fun back there. 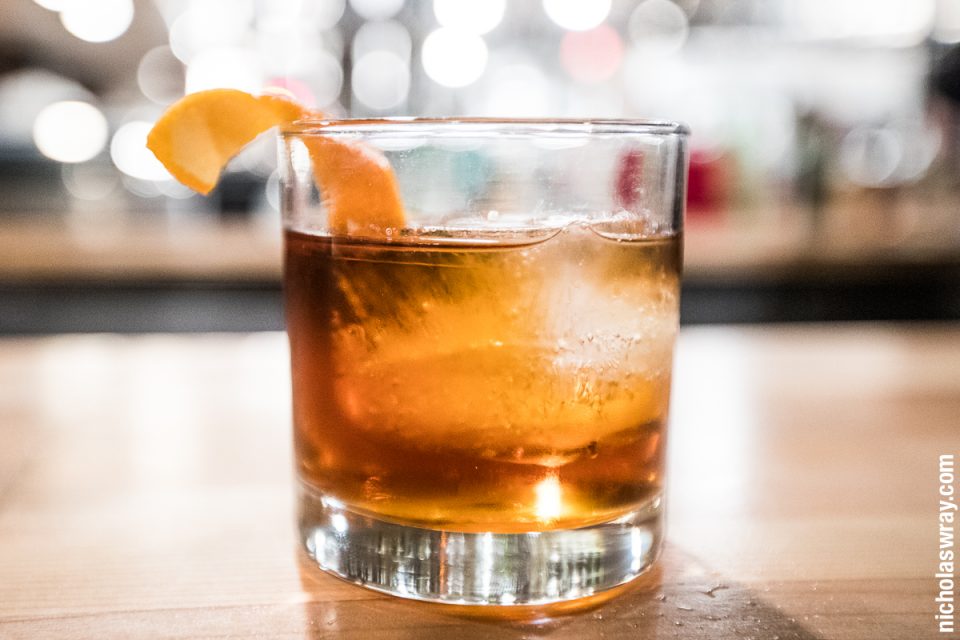 While overseeing numerous restaurants, is there one you find yourself spending more time in over others?
KR: This is where I will spend the majority of my time. From this point on, Amaro is my home.

Amaro Bistro and Bar is located at 1100 R St., Sacramento. For more info, go to Facebook.com/amarobistrobar.