A Life of Passion: Chef Michael Thiemann may be living proof that it’s possible to have it all 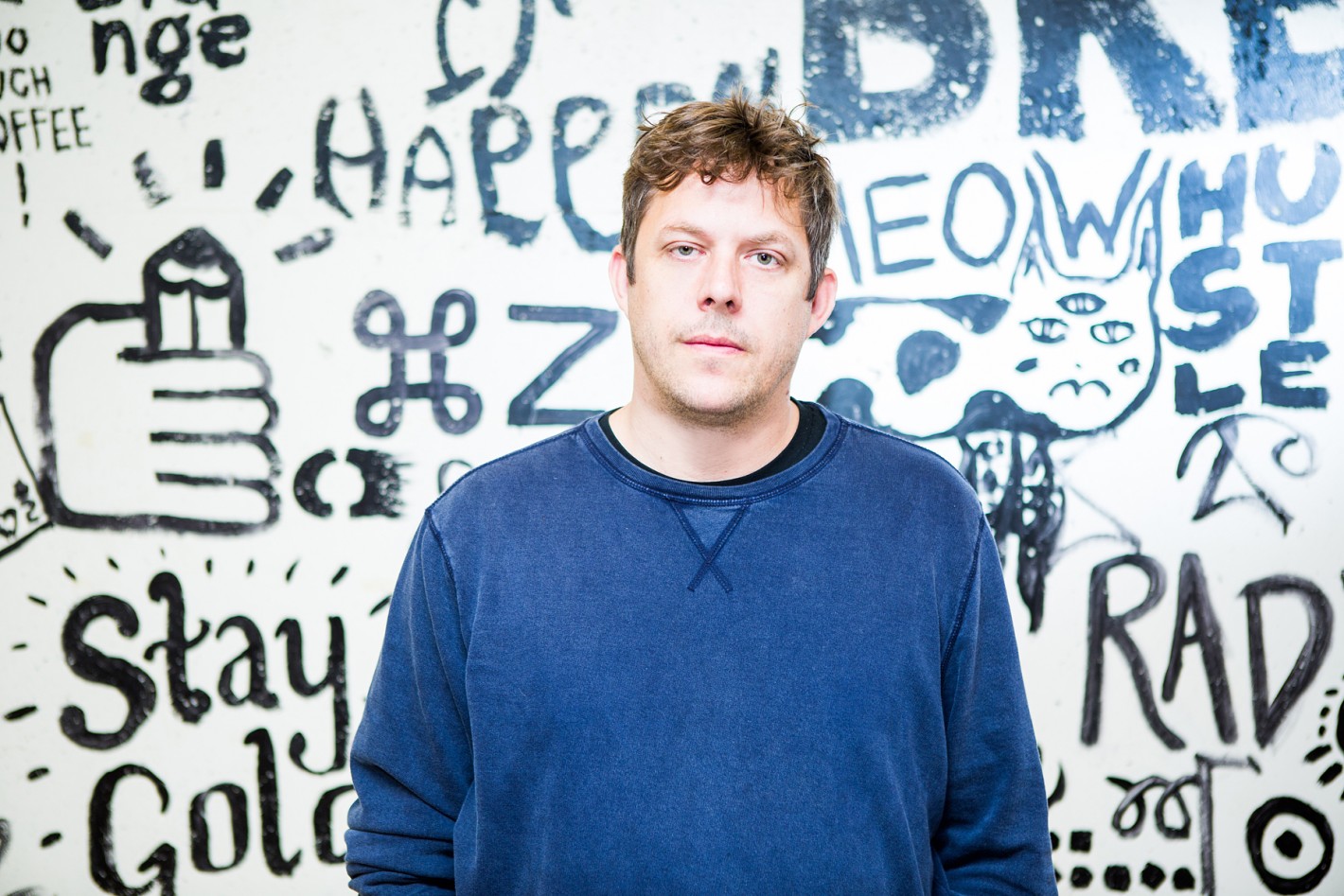 All photos by Nicholas Wray

Having eaten at both of Michael Thiemann’s Sacramento restaurants, Empress Tavern and Mother, I have always been curious to know what motivates him to create such distinctive dining experiences. From the food to the architecture to the menus and music, it is clear that Thiemann’s unique touch is inspired by his diverse culinary journey.

Recently I was joined by Thiemann at a local coffee shop in Midtown Sacramento. We discussed his many global exploits, which include working in New Zealand where he introduced California cuisine to patrons surrounded by tree houses and roaming deer; he also recounts a high-pressure culinary challenge that involved cooking a meal for one of America’s best known chefs.

Though Thiemann is best known as an innovative Sacramento chef and owner, he thinks of himself as a musician that can cook. On the rare nights Thiemann isn’t restaurant hopping between his establishments on K Street, or giving a demonstration at a nearby food and wine festival, he can probably be found behind a drum set someplace not too far away playing with his band Drug Apartments.

Most people know about Empress Tavern and Mother, but not too many people know about you, and how you got to this point.
I guess that’s true. I guess the people in my close circle know about me. I do keep myself reasonably busy in a lot of different things. One thing I’ve learned is you never have accomplishments. It’s all about keeping busy, having projects and doing things.

How is being a well-known chef different than being a chef that only focuses on cooking?
It’s funny, when you get into this career you start seeing that it is a career and not just a job. Your chefs, co-workers and the restaurant industry itself doesn’t prepare you for the next step, because to them it’s all about cooking and putting out food. The next step has very little to do with cooking. There’s a lot of public speaking, there’s a lot of philanthropy, there’s running a business, being a leader, being a good dude. And it’s a professional field that’s really, I think, over-celebratized. I think it’s a bigger deal than what it needs to be. Most of the heroes are anti-heroes that are usually there because of a reason. It’s kind of like the Island of Misfit Toys.

So how did you find yourself on the Island of Misfit Toys?
I started washing dishes when I was 18 at this place called Greta’s Café. I worked there from I believe ‘95 to 2000. It was where that fucking Chipotle is on 19th and Capitol. It was this beautiful café owned by Greta Garverick. I started as a dishwasher, then ended up learning how to cut vegetables and make soups. I fell in love with it. Once that place was sold to Chipotle, I thought, “OK, I guess I can get a job in a kitchen, I have five years of experience.” So I worked in kitchens for about 10 years after that. I did everything, I even made sushi for a while. Then I met Lisa [Thiemann’s wife] and she hooked me up with a restaurant [Mason’s] within a couple of months. While I was there, the Chef [Philip Wang] got offered a job to open up restaurants in New Zealand, but he didn’t want to do it for some reason. I just offhandedly said, “I’ll do it.” And so on his own, he sent an email and said, “I can’t do it, but my sous chef can do everything I can do, because I taught him everything he knows.” And within a month and a half Lisa and I sold all of our stuff and were on a plane to New Zealand. I thought we were going to stay there. We almost did.

Where did you work in New Zealand?
I worked at this place called Hapuku Lodge on the south island. It was owned by architects that made these crazy modern tree houses inside of an olive orchard that was part of a deer farm of all things. They brought me to New Zealand to tell their “food story” from a Californian’s perspective. I bought into it really quick. I helped open up a restaurant at this lodge and it was really cool. Then once that task was done I decided I wanted to go independent and moved to the north island, to the capitol where it was more of a bustling, busy city. Lisa and I both got jobs. She started working at a place called Logan Brown, which is basically the French Laundry of New Zealand, and I got a job at a soul food restaurant of all places.

All of that sounds amazing! So why did you decide to come back to the United States?
I was offered a job in Hawaii. There I helped a company grow from one restaurant to six. So in three years we opened a shit-load of restaurants. Opening restaurants became my specialty.

So from there you came back to California?
Yeah, then Tyler Florence became aware of me, and I started talking to him on the phone while I was in Hawaii. He was really interested in hiring me for some reason. He promised that he wouldn’t hire anybody or make a decision until I flew out and cooked him dinner.

That sounds really exciting, but also nerve-wracking.
Yeah, but what did I have to lose you know. So I go out to California and remembered suddenly that when you’re in Hawaii it’s like time stands still. There are no seasons. There are great tomatoes year-round, there’s great corn year-round. Lisa and I got to California and I was like, “Shit! What am I going to make?” I was running late and didn’t even know what I was going to cook! We ended up stopping by the Whole Foods right next to where I was going to cook and I started running around.

Wow! A real life Top Chef moment.
[Laughs] Yeah! I was like, “OK, what vegetables do I see around?” then started grabbing them. So I ended up cooking him four courses, it worked out, and he hired me. That was the Wayfare moment. I was with Tyler Florence on and off for three and a half years and was with Wayfare for about two.

What did you do for Tyler outside of heading Wayfare Tavern?
He has a big empire of being a celebrity chef: television, cookbooks, wine, baby food, retail shops. Then his personal stuff like festivals, appearances and demos. So it’s just nonstop. I ended up being his personal chef and I would help manage and staff, and coach the chefs in the restaurant. He and I are still buddies. We still spend a lot of fun times together.

How did you find your way back to Sacramento?
When I left Sacramento I was only a line cook, so I never got to conquer Sacramento in the chef world and get a job. That was really a big deal to me. When the executive chef position at Ella was offered to me, it was around the time Lisa and I decided we wanted to have a kid, so all of it worked serendipitously. I came back to Sacramento, worked for Ella and we had our kid. That year at Ella was eye-opening. It made me realize the dining scene in Sacramento was robust. Then the opportunity to open Mother and Empress on K Street happened and the rest is history.

How do you find time to do the things outside of the culinary world?
I own two restaurants, I manage 60 people, I have four other projects going, I have a 3-year-old kid, a wife, and I still manage to play in a band. You just do it. Either you do or you don’t. I’m lucky enough to have been able to attract some great people that work for me. That allows me more freedom in my schedule. So, unless there’s some major retooling, or anything drastic happening, I have time and opportunity to do a lot of other things. Primarily, play music. It’s funny. I identify myself as a musician more than a chef, but I’m more of a chef than a musician.

You are clearly one of the busiest people around, I can tell you are driven by your passions.
That’s the thing, a lot of people just live life and accept what’s handed to them and have a lot of idle time. I generally don’t have idle time. I run myself to exhaustion constantly, it’s just because I can’t not. But yeah, all of the stuff I’m doing I’m passionate about. I love it. 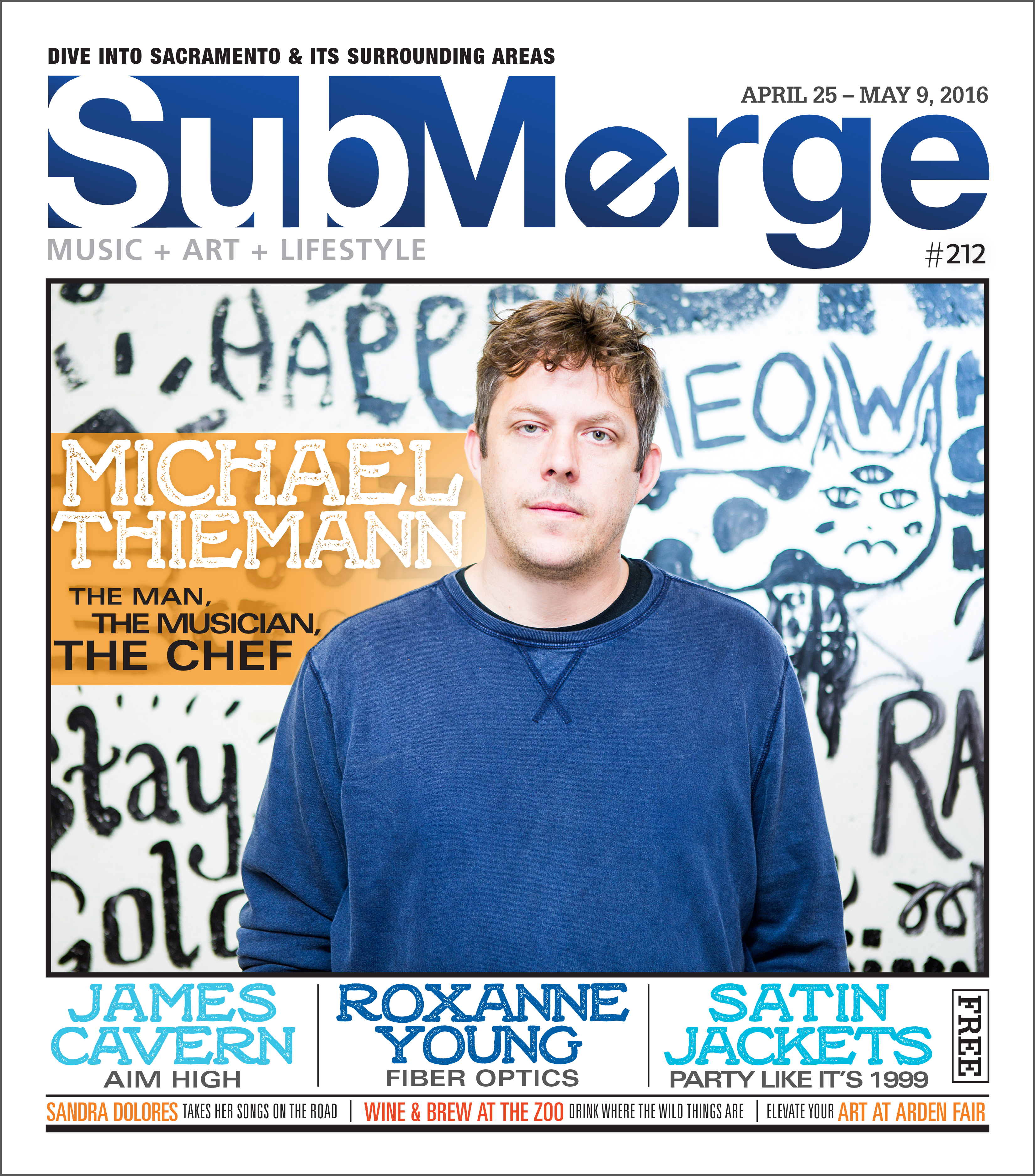