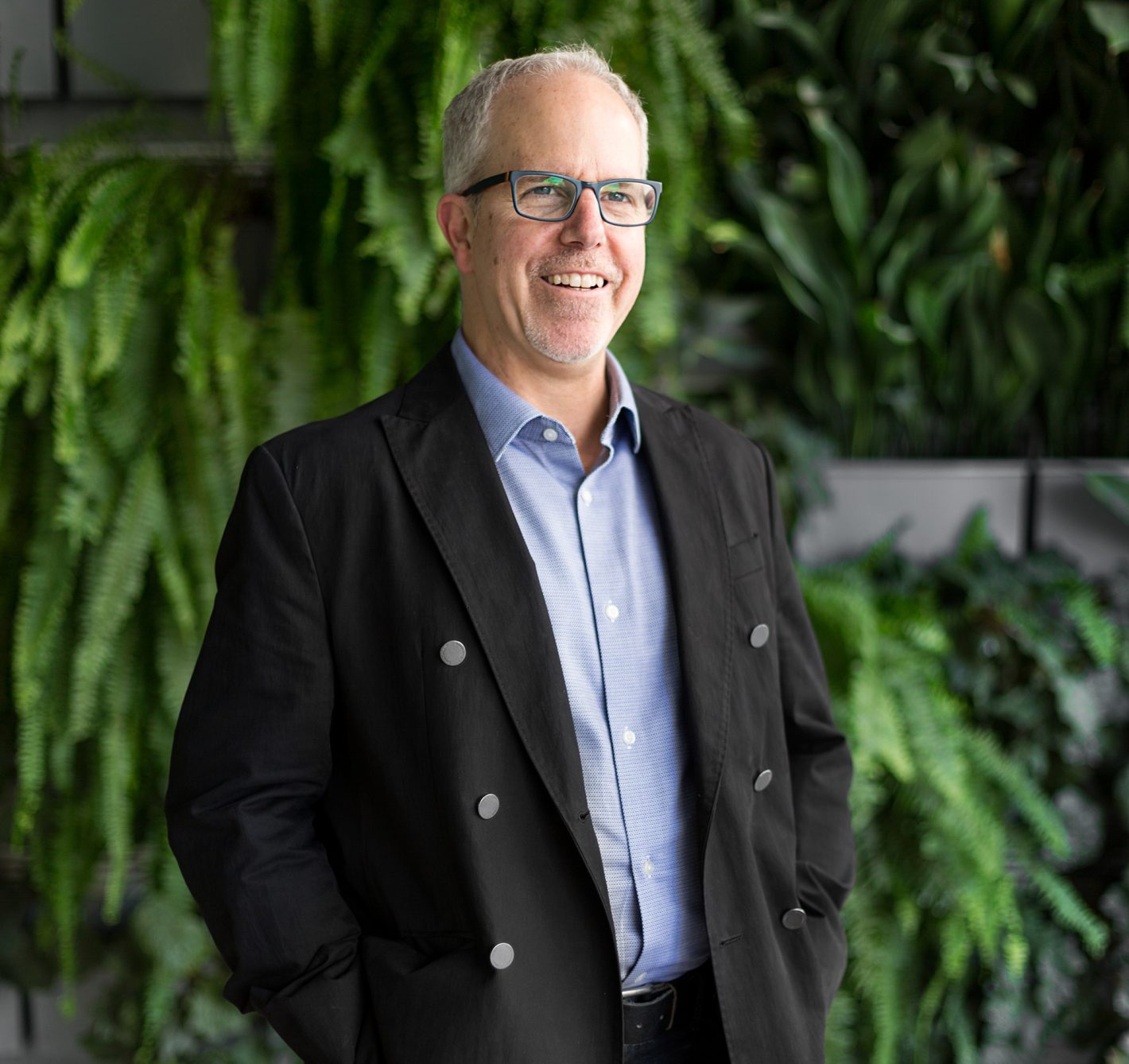 Michael Tuohy is now entering year two inside Golden 1 Center as the General Manager of Legends Hospitality, and has been busy making sure that almost everything from the hot dogs to the house made nacho cheese sauce has been sourced from within 150 miles of Sacramento.

This goal may seem daunting given the scale at which food is served inside a professional sports arena, but Tuohy is no stranger to tracking down and sourcing the freshest local ingredients he can find. He recalls a time as a 20-something chef in Atlanta, when fresh produce wasn’t as abundant as one would think.

“There was a woman from the local newspaper, she had a friend and they were kind of growing some things, they would bring them to me at my restaurant,” Tuohy recalled.

As the women delivered homegrown produce, she asked if she could set up a meeting with Tuohy and a group of farmers.

“I was like, ‘Of course!’” Tuohy continued, “So we met in some dirt parking lot with these farmers in pickup trucks … who showed up with random [produce] in paper bags.”

Not long after their first meeting, the Georgia Grown Co-Op was formed, for which Tuohy sat on the initial board.

Whether in San Francisco, Atlanta, Napa or Sacramento, Tuohy has always sought out the freshest ingredients he can get his hands on, which was one of the main reasons he decided to move back to California in 2007 as founding executive chef of Grange Restaurant and The Citizen Hotel in downtown Sacramento.

Recently over coffee and Liege waffles, Tuohy and I discussed his farm-to-table roots, the tricky problems that arise when sourcing locally while feeding the masses and how the discovery of a farmers market in The Peach State moved him to tears. 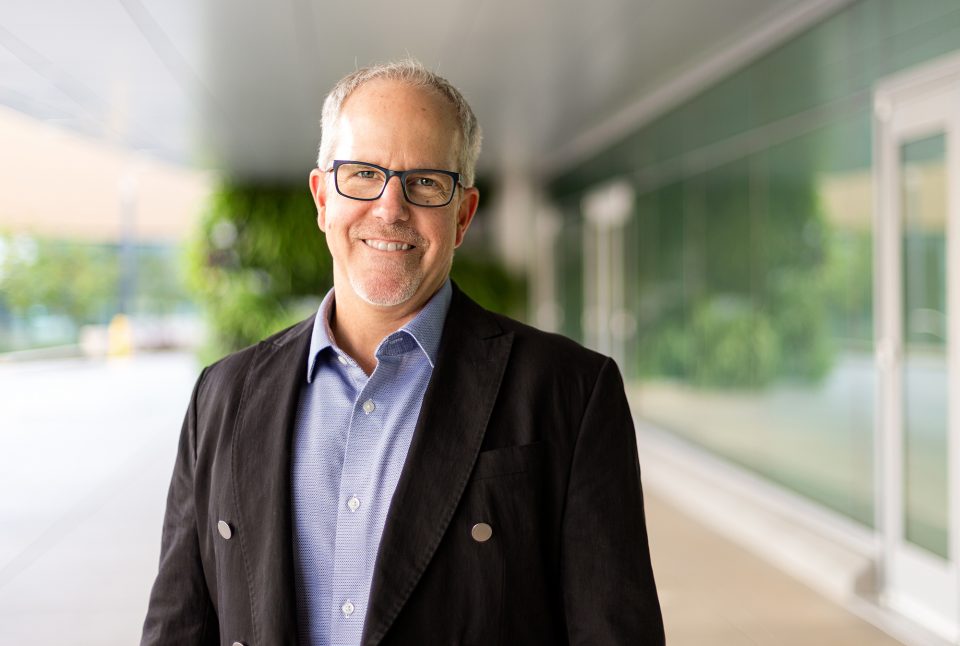 Sacramento has been labeled the “Farm-to-fork” capital, but you’ve been part of the movement for a some time now right?
Yeah, so I grew up in San Francisco and went to hotel and restaurant school there at City College, graduated, and was in San Francisco at a very exciting time in the early ‘80s, when the culinary revolution was happening. I’m glad you’re asking because farm-to-fork is like this “new” thing right? But it’s really not. I mean, it’s great that somebody branded it as such, and it’s something for Sacramento to grab onto. You know we exemplify the lifestyle here more than anybody, but in the ‘70s and early ‘80s, chefs in the city, like my cousin, Mark Miller, who ran the kitchen at Chez Panisse alongside Jeremiah Tower and Jean-Pierre Moulle—he even hired Judy Rodgers who became famous at Zuni—these chefs were all connecting with farms and buying fresh ingredients. We changed our menus everyday based on what was market-driven, so that was the way it was happening. In that little epicenter is where it started and it eventually had this ripple effect across the country until people like myself who grew up watching that, and seeing that, left and brought it somewhere else.

And that’s when you took that style of cooking to Atlanta?
I went to Atlanta and thought that’s just what you would do there as well. But I got there and I was like, “Who grows lettuce here?” And they were like, “What do you mean who grows lettuce? We buy it from California.”

Wow, so what did you do? Was it hard to find fresh produce?
I was so happy when I found this one farmers market. It was this little tiny place that was jam-packed. It had sawdust on the floors, people crashing into each other with shopping carts. There was a frenetic energy there, but they had polenta, they had sundried tomatoes, olive oil and a lot of imported things. It brought tears to my eyes because I was like, “Yes! It actually exists here. This is great!” I was really happy, because all I knew is what we were doing out here in California, doing a Mediterranean style of cooking using fresh local ingredients.

So you are going into year two at the Golden 1 Center now.
Yeah, it’s very exciting! The first year was a monumental undertaking. I began the project three years ago, so I’ve been part of this from literally demolition, to excavation, to laying the foundation, to watching it come up. I was involved in a lot of the coordination and planning on the construction site. I was the guy on the ground for Legends Hospitality for over a year before I had my first hire join me. It was pretty intense.

From the very beginning you’ve been setting and meeting unheard-of goals when it comes to sourcing food for a professional sports complex.
We wrote a very ambitious sourcing and sustainability charter. It’s an amazing document, which I want to see if we can get framed and put up all over the building because it’s so compelling and powerful. It really does tell our story. It’s huge for an industry that’s notorious for not having good food or good practices.

Your goal is to have 90 percent of your food sourced from within 150 miles. How is that even possible?
I spent a little time at Google a few years back and was very familiar with how they were sourcing and what they were sourcing. It was all of these great products and everything was from within 250 miles. So that was a pretty wide net in California, but still unprecedented. Sourcing from 250 miles to feed all their workforce there was very groundbreaking, but I said, “We can beat that. We’re in Sacramento!”

Currently you’re at 85 percent in the first year, what can you do to bring you up to 90 percent?
There’s some low-hanging fruit I’m looking to go after right now, like ketchup. So we have to do better. I think there’s an opportunity there for somebody to make a really good ketchup that is flavor-profiled similar to a Heinz that’s made closer to home, that is manufactured here creating another industry. A big compelling part of our story is how many things we’ve done with our program that has affected the economy locally in our region, whether it’s working with Rancho Llano Seco in Chico for all of our pork, or sourcing the cheese we use for our nacho cheese sauce from Petaluma Cheese.

Wow! Even the nacho cheese sauce?
Yeah, we get a custom blend of four different cheeses from Petaluma Cheese and we make the sauce in house.

Who supplies your other classic stadium options like hot dogs?
Schwarz supplies our hot dogs. They’re made in Fairfield by [Engelhart Gourmet Foods], which is 43 miles away. When I grew up in San Francisco they were the hot dogs that I grew up with. Schwarz Hot Dogs were a thing on Mission Street. Engelhart’s was actually down there too, so the two families had their separate businesses making sausages and cured meats and then in the ‘80s I believe the Schwarz family sold to the Engelharts.

What kind of changes are you experiencing or looking to make now that you are going into year two?
I’m looking to build on what we have in place, on what we’ve accomplished, but now I’m looking for what’s going to push us over 90 percent. Two of our local restaurant partners had menu items for which they were constantly buying vegetables out of season, so we have to get them from somewhere else, it doesn’t help our cause. I’d like to get them to swap out that summer squash—for example—with fresh peppers.

Why do you think it has taken this long for a sporting complex to focus on local and fresh food?
It’s getting better, it’s evolving, but it’s like trying to turn the Titanic, which is why a lot of chefs or food people never really went in that direction, because it just wasn’t appealing. This project was so different because it was really about Sacramento and for Sacramento. The fact that the Kings’ vision was not only to do good, to make an impact, and to make Sacramento proud; they wanted local food and asked, “How can we be farm-to-fork?”

Where do you like to eat locally when you’re not at Golden 1 Center?
You know I’ve become a big fan of Binchoyaki and the food right now at the new Paragary’s—and I say this because Ryan O’Malley is the chef there, he was one of my opening sous-chefs at Grange and is really doing a great job. He’s focused, he has this nice Italian aesthetic going on. I’ve just had some really great meals there recently.