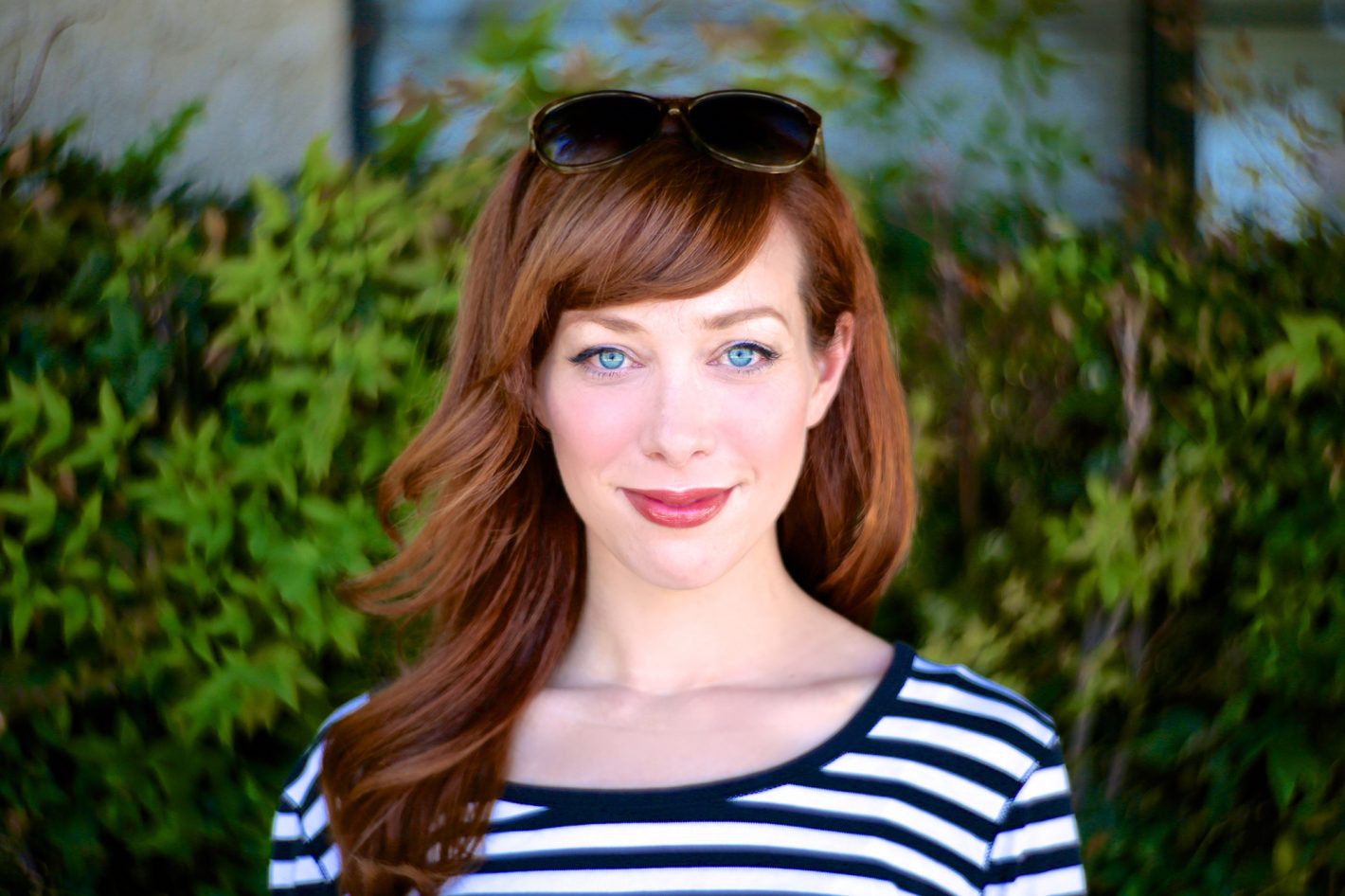 You can easily see the diversity of Alie Ward’s career by turning on the television and flipping through the channels on a Saturday morning. If you stop on the Cooking Channel, you might see her crisscrossing the country, consuming tasty treats on a rerun of Unique Sweets or road-tripping with her buddy Georgia Hardstark on Tripping Out with Alie and Georgia. If you keep surfing, you’ll find Ward doing even more traveling, this time for the children’s science shows Innovation Nation on CBS and her brand new series Did I Mention Invention? on the CW. Ward also has two more science shows coming to Netflix in the near future, as well as a podcast titled Ologies, where she interviews different –ologists every week. It is here, in the world of science communication, where Ward shines.

Being a museologist by trade, I found myself on Ward’s podcast Ologies talking about the ins and outs of the museum world while exploring everything from mummies to hot dogs. It was while being interviewed that I became curious and asked to interview the interviewer.

In doing so, I discovered that Ward has lived many lives. From a student studying biology, to becoming an actress on a popular late ‘90s Don Johnson vehicle; from being a newspaper illustrator to a science communicator, Ward always goes after what she wants, just as long as she can bring her voice with her.

Ward was born in the Bay Area, but has called most of Northern California home at one point or another due to her father’s career as a journalist.

“We started in San Francisco, then we moved up to Tahoe for a while,” said Ward. “We lived in Sacramento, El Dorado Hills, Cameron Park and then moved back to the Bay Area.”

After graduating high school, Ward headed off to college in Santa Barbara where she studied biology, film and photography.
“I wasn’t sure if I wanted to go into the arts or the sciences, then I had this moment studying crayfish mouth parts in a library and I was like, ‘OK, I like this, but I don’t know if I want to do this forever,’ Ward said. “So I decided to transfer.”

From there, Ward headed back to San Francisco where she focused her studies.

“I got my degree in film. When I was working in film I started to do some acting up there,” said Ward. “And then, there was a show called Nash Bridges, and I got a part on that and that paid for a lot of my college, so I moved down to L.A. right after graduation.”

While in Los Angeles, Ward started to read for and get roles, but they all seemed to have one thing in common.

“I was reading for parts where I was always the victim,” she said. “Crime shows were really big—there were like 50 different Law and Orders, so the roles you would get would be a one episode arc where someone would throw your body in a dumpster.”

Those roles started to hit too close to home for Ward who became a victim herself in 2002.

“I got mugged in real life by two guys with knives,” Ward said. “After that I just … women as victims, as entertainment really started to fuck with me. It was starting to mess with me and I didn’t want to be doing that for money. I didn’t want my voice as a woman to be a plot point. I thought this isn’t me using my voice. This is me using someone else’s voice. I had a real breakdown where I just didn’t know what I was doing.”

That was when Ward started to express herself through painting.

“I realized it was kind of like a therapeutic hobby. I also realized I could say a lot with my paintings about women’s empowerment and feminism, and the conflicts between your role as a woman versus your voice as a human being,” she said.

Ward’s skills as a painter led to her becoming an illustrator for LA Weekly. She eventually started writing for the paper and discovered a career in journalism.

“I felt like I went from not having a voice to having my voice being my identity and my job, which was really gratifying,” said Ward, yet she still felt that there was something missing. “I’ve always longed to get back to science. I liked writing about art and events, and music and nightlife, which is what I was doing for the L.A. Times and LA Weekly, but I really missed having a foot in science.”

While Ward started to feel the lure of the science world, she and friend Georgia Hardstark started making videos of their cocktail creations, one of which went viral.

“That led to my career in doing drink shows, which eventually led to a show on the Cooking Channel,” Ward explained. “It always felt like a little bit of a shtick. It was fun, I got to travel and I got to learn all about TV, but people would leave comments on my Instagram and Facebook about drinking and I was like, ‘fuck man, I really worked my ass off in school.’

I really tried to make a career for myself and my identity and what I’m putting out into the world was a drunk lady in a dress. I was like, once again I’m using my voice and it’s a little subversive, but it didn’t feel authentic.” 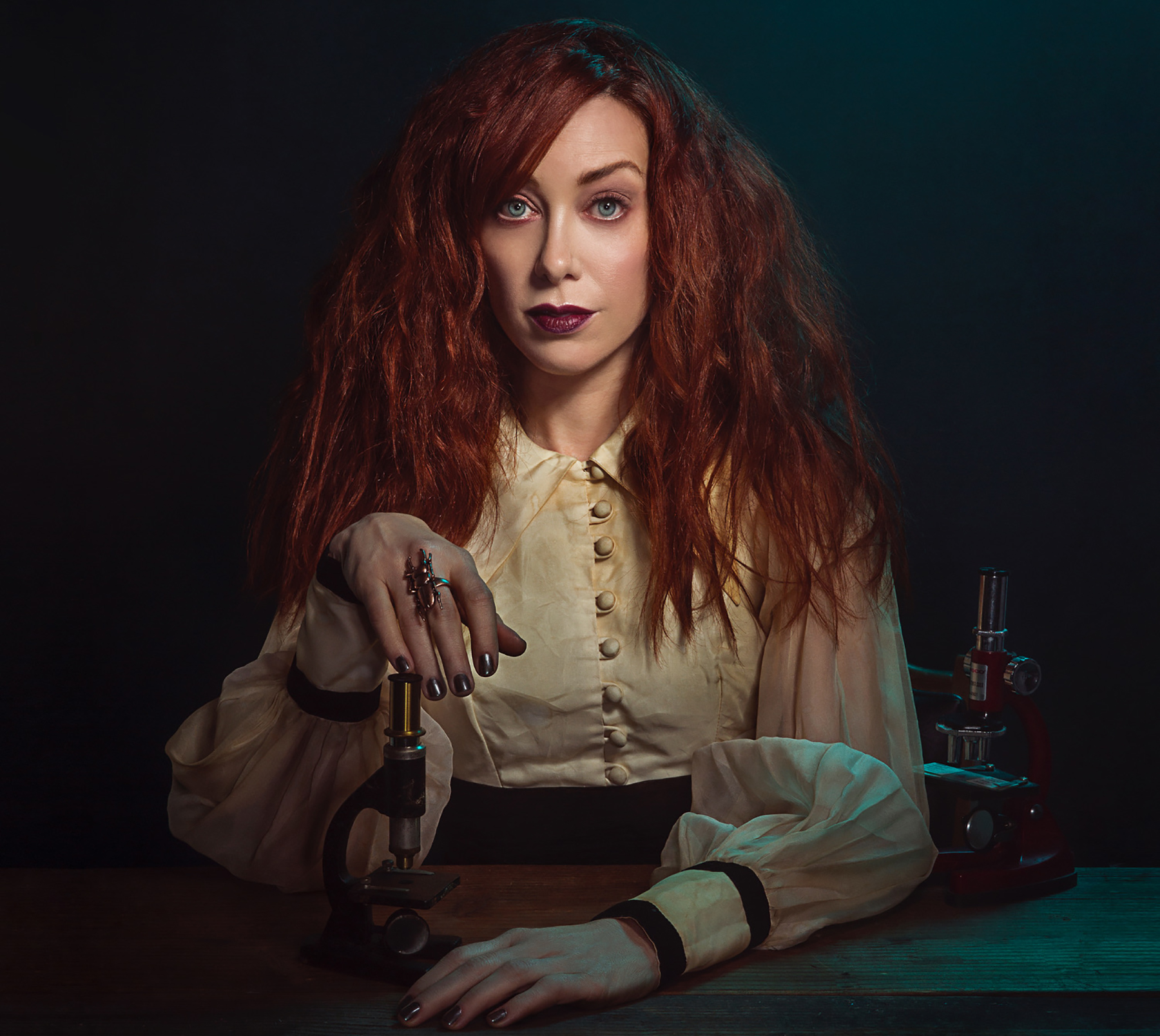 Of all places, Ward’s authenticity sat in a Google doc titled in all caps, “THINGS I WOULD LIKE TO DO.”

“It was this repository for all of these projects I wanted to work on,” she said. “Ologies was at the top of the list. I also put in there that I wanted to work on a TV show that had to do with science and kids and travel and algae. I wrote this in 2007 and I ended up volunteering at the [Natural History Museum of Los Angeles County] and getting offered a job to be a correspondent on Innovation Nation. For the very first episode I ever shot for them, I traveled to interview a 17-year-old who worked with algae as a bio fuel. I was like, ‘this is literally the thing I wrote!’”

And from that point on, Ward hasn’t looked back.

“I was really lucky that within a year of starting to volunteer at the museum I got that job,” she said. “It has really let me explore my voice as a science writer and a science host. I remember when I first started posting things about the museum I was like, ‘Fuck this is really going to alienate the audience who knows me as the girl who wears fancy dresses and makes cocktails.”

Ward continued, “I was like, ‘I’m going to lose all these people that’s supposed to be my brand or whatever.’”

But that didn’t stop Ward from following her heart and pursuing a career in the science field. This is further evident when she began to tackle the project on the top of her “THINGS I WOULD LIKE TO DO” list: Ologies.

Ward recently celebrated the one-year anniversary of her podcast as it keeps gaining steam and climbing the charts. On Ologies, Ward has explored everything from volcanoes and fear to bees and beer, and with each episode comes a fascinating world that many never knew existed.

“It never gets old making Ologies,” she said. “Every time I make an episode, I’m learning something new, and that helps me with my other science communication. When I’m going into an interview for TV, or if I’m pitching a show, or punching up scripts for another science show, I have this weird encyclopedia of Ologies knowledge that I would never have had a year ago.”

If there’s one word I would use to describe Ward, it would be “curious.” She’s not afraid to dive right into an interview and, as she puts it, “ask smart people dumb questions.”

“It has been so liberating to go into a science situation and say, ‘Yeah, I don’t know this,’” said Ward. “And how could you know the same things that someone who’s been working on spaceships for 10 years knows, or someone who’s a 30-year veteran of toad research? You’re not going to know that stuff, so why not ask?”

Ward has made it a point to spur curiosity, not just in the children that watch her weekly on Did I Mention Invention?, but in everyone that watches her on television or listens to her podcast.

Throughout the many stages in her career, Ward has searched for and found her voice and it has evolved from a voice of expression to one of inspiration.

“Being who you truly are is the best thing you can do,” said Ward. “Me as I am, dressed like a lumberjack and chasing down tarantula hawks, is way more me than ‘nightlife writer Alie’ or ‘whiskey-shooting cocktail girl,’” said Ward. “It all comes down to having a voice, especially as a woman. Having a voice that’s authentic, and using that voice to contribute to culture and society.”

Check out Ronnie Cline’s episode (Museology) or all episodes of Ologies at Alieward.com.