If You Release It, (Hopefully) They Will Come • 5 Upcoming Local Album Release Shows to Look Forward To! 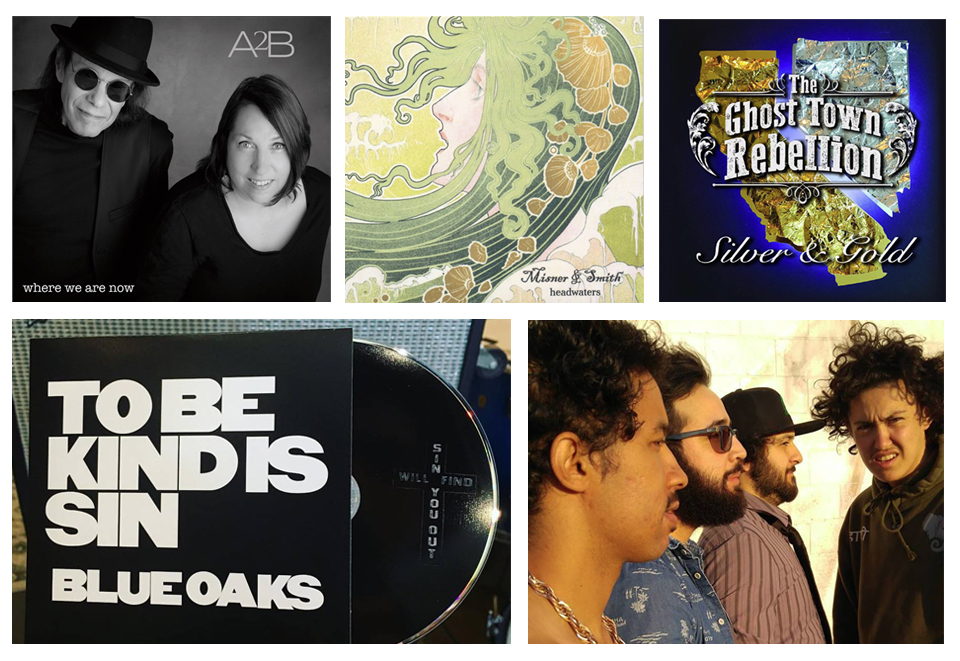 For many local musicians, the all-too-rare “album release show” is likely the highlight of their year—hell, maybe even their entire gigging career. To have not only written an entire album’s worth of material, but then to have gotten it recorded, mixed, mastered and printed/pressed, and then on top of all that to plan, promote and play an album release show at a local venue takes a lot of work, and that’s a major understatement. So, in the spirit of supporting hardworking, dedicated local musicians, check out these five upcoming album release shows featuring Sacramento artists. Get out there and show them some love!

Local Americana/folk duo According to Bazooka are celebrating the release of their new album Where We Are Now on Thursday, Oct. 26, 2017, at Fox and Goose. Richard Urbino (vocals, guitar) and René Martucci (vocals, accordion) will be joined on stage for this gig by Jamie Knapp (vocals, upright bass). The record was produced by David Houston and recorded at Moon Studios in Sacramento. The release show is free, 21-plus, and starts at 7 p.m. Physical CDs available for $15, or download it from CD Baby for just $10. Visit Accordingtobazooka.com for more info.

Sacramento’s gritty rockers The Ghost Town Rebellion are returning with the long-awaited release of their second full-length album, Silver and Gold. Half of the record was done with Joe Johnston at the famed Pus Cavern Recording Studio, and half was done by the band themselves at their own studio. To celebrate, they’re throwing a free 21-plus show (and costume party!) on Saturday, Oct. 28, 2017, at Shady Lady. The party kicks off at 9:30 p.m. sharp with an opening set from Jacob Paul and the Heartbeat. You can pick up a limited edition CD at the show for just $10. Visit Theghosttownrebellionofficial.com to learn more about the band and to check out their sound.

With roots in both the Bay Area and the greater Sacramento area, Americana/indie/folk duo Misner & Smith have made quite an impact in recent years with constant touring and five albums under their belts. Their latest offering, Headwaters, is their first cover album, comprised of tracks from artists that inspire them, from Neil Young, to The Band, to Dr. Dog. The duo—Sam Misner (guitar, vocals) and Megan Smith (upright bass, mandolin, vocals)—have a Sacramento release show planned for Sunday, Oct. 29, 2017, at Capital Stage at 7 p.m., where they will be joined by collaborator Josh Yenne (electric guitar, pedal steel). Tickets are $30 for the general public, $25 for Capital Stage subscribers. Learn more at Misnerandsmith.com or Capstage.org.

If you picked up our last issue, then you’re likely already familiar with local folk/rock/blues artist Blue Oaks, who were featured as one of our cover stories. If you missed our interview with Blue Oaks’ founder/creative force Brendan Stone, hit up our story (click here) to give it a read. Blue Oaks’ album release show for To Be Kind is Sin is set for Monday, Oct. 30, 2017, at the CLARA Auditorium. They’ll be playing the new album in its entirety, and there will be plenty of “sinful festivities,” including tarot card readings, Seven Deadly Sins-inspired libations, and Roderick Carpio playing phonograph grooves. Doors open at 7 p.m., 21-plus only, $5 suggested donation, black and blue clothing encouraged. Visit Blueoaksmusic.com for more info.

Easily one of the most hyped-up local artists right now is hip-hop/indie groovers Hobo Johnson and the LoveMakers. In the last year or so, Hobo’s had several videos go viral on Facebook, landed a Submerge cover story, got written up in The Sacramento Bee and SN&R, won multiple SAMMIE awards, played Concerts in the Park to thousands of fans, and that’s just the beginning. Now he’s throwing an album release show at Harlow’s on Thursday, Nov. 9, 2017, that will feature other local heavy hitters JMSEY (aka James Cavern), The Philharmonik and Jordan Moore. The show will be all-ages with a $10 cover. Doors open at 5:30 p.m. Visit Facebook.com/hobojohnson94Corolla or Harlows.com for more info.

If you or someone you know has an album release show coming up, or any other event you think we should know about, get it on our radar! Email us the details to info@submergemag.com.