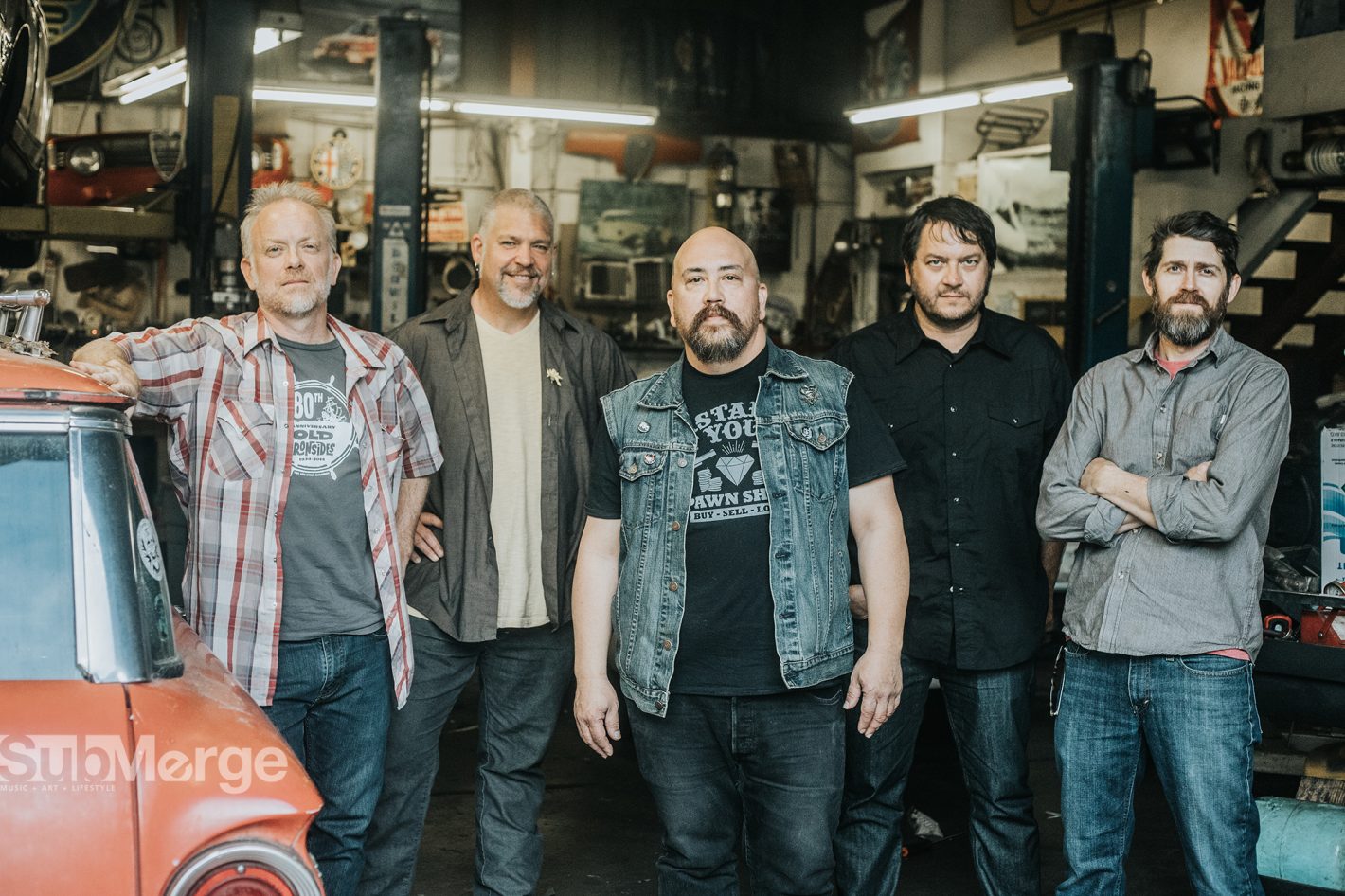 Sure, anyone can write a breakup song, but it takes years of struggles, highs and lows, and in some cases despair to produce the true emotion that 50 Watt Heavy brings to the table on their first full-length album, Better Days. Wiped away are the tacky relationship analogies, and in their place are songs written by grizzled veterans of the Sacramento music scene.

Joseph Kojima Gray, 50 Watt Heavy’s singer/guitarist, and drummer Brian Guido have been playing music together for a couple of decades, which has in turn naturally formed a brotherly bond.

“I’m originally from Upstate New York, and I’m a military brat, so I moved around a lot, and I’m an only child, so my friends are my family,” said Guido.

After decades of playing in bands, Gray decided to step out of the shadows and into the role of bandleader.

“I tried to front a band a long time ago with a bunch of guys who I still love, but the dynamic was completely different,” said Gray. “This is the most meaningful band I’ve ever been in. I like to play the secondary role. I play in other bands that might have a leader and I like to be involved, but not be a part of the vision necessarily because it’s just not my thing, but this band gives me that [opportunity]. They inspire me to do it because I trust them so much, and they trust me so much to do what I do.”

Being in the position of writing and singing the majority of 50 Watt Heavy’s songs means Gray was able to open his songbook and share his personal experiences for all to hear on Better Days.

“It’s my divorce record for sure,” said Gray.

Guido also decided to change things up in 50 Watt Heavy. He took on the task of learning a new instrument after years of playing guitar, “I was kind of like, ‘Why don’t we form a band and I’ll play the drums!’”

Once positions were settled, they were tasked with deciding on a band name, which was inspired by Guido’s infamous guitar amp.
“I had this name [50 Watt Heavy],” Guido said while laughing. “I’m like, I thought we were going to be a heavier band!”

In the end the name stuck even though they didn’t end up with a sound to match.

“I kind of like the fact that we’re not a heavy band,” said Gray. “We’re influenced by heavy music, but I wouldn’t want to be a heavy band with the word heavy in the name. That would be just too on the nose.”

Fans of 50 Watt Heavy have been eagerly waiting for the release of Better Days, which was years in the making.

“We actually recorded this album in 2015,” said Gray. “The process didn’t take this long because we took our time in recording … We did this whole album in three different recording sessions. That’s not to say that we’re not meticulous. We’ve rehearsed and played these songs for a long time so we’re very comfortable with them.”

Reflecting on the differences in recording their first EP in 2013, Gray said, “The first one we independently recorded ourselves. That process took a long time because we were trying to piecemeal little three-hour, four-hour chunks of time to record at our rehearsal studio that we share with 12 other bands, so it wasn’t like we had a whole day to just concentrate on recording songs.”

Since 50 Watt Heavy is a working class, self-funded band, they wanted to release Better Days on their terms, and that meant saving money until they could release their album on vinyl, which cost quite a bit more to produce than CDs.

“We’ve never been in a band that has put out a vinyl record,” said Gray. “All of the bands that we’ve been in the last 20 to 30 years started off in the CD generation, so everything was on CD. It’s not like we’re trying to be exclusive or anything. We’re not trying to exclude anybody from enjoying it, but we feel like our personal preference is to have it on vinyl.”

Once the album was recorded, the band even focused their post-production with vinyl in mind.

“We had it mastered for vinyl,” said Guido. “There’s so much more range and frequencies on vinyl, so when we decided to do this we were like, ‘We’re going to put it out on vinyl only. We’re not going to make CDs.’

“What we did to kind of compromise was like we’re not going to make money on this, but we’re giving someone a quality vinyl for $10,” Guido went on to say. “And if they want to buy our digital download they can buy it from there.”

The band’s digital version of Better Days is currently available on Bandcamp with the option to purchase for $10. At first, 50 Watt Heavy was unsure about making the album available to stream, but they decided to make it accessible to those without a record player.

Both Guido and Gray stressed how special 50 Watt Heavy is to them, and how grateful they are that their fans and friends support what they do.

“We all work so well together and have such great chemistry because we all come from the same era, we all know what we’re getting out of it,” said Gray. “We’re just seasoned enough to know that we all do this for ourselves and if people appreciate it that’s great, but even if people didn’t appreciate it, we would still record records, we would still play shows and we have to do it because we have to stay alive.”

50 Watt Heavy will be celebrating their album release with back-to-back shows at Old Ironsides (1901 10th St., Sacramento) on Friday, May 18, and at The Shack (1501 Folsom Blvd., Sacramento) on Saturday, May 19. To check out Better Days beforehand, go to 50wattheavy.bandcamp.com.