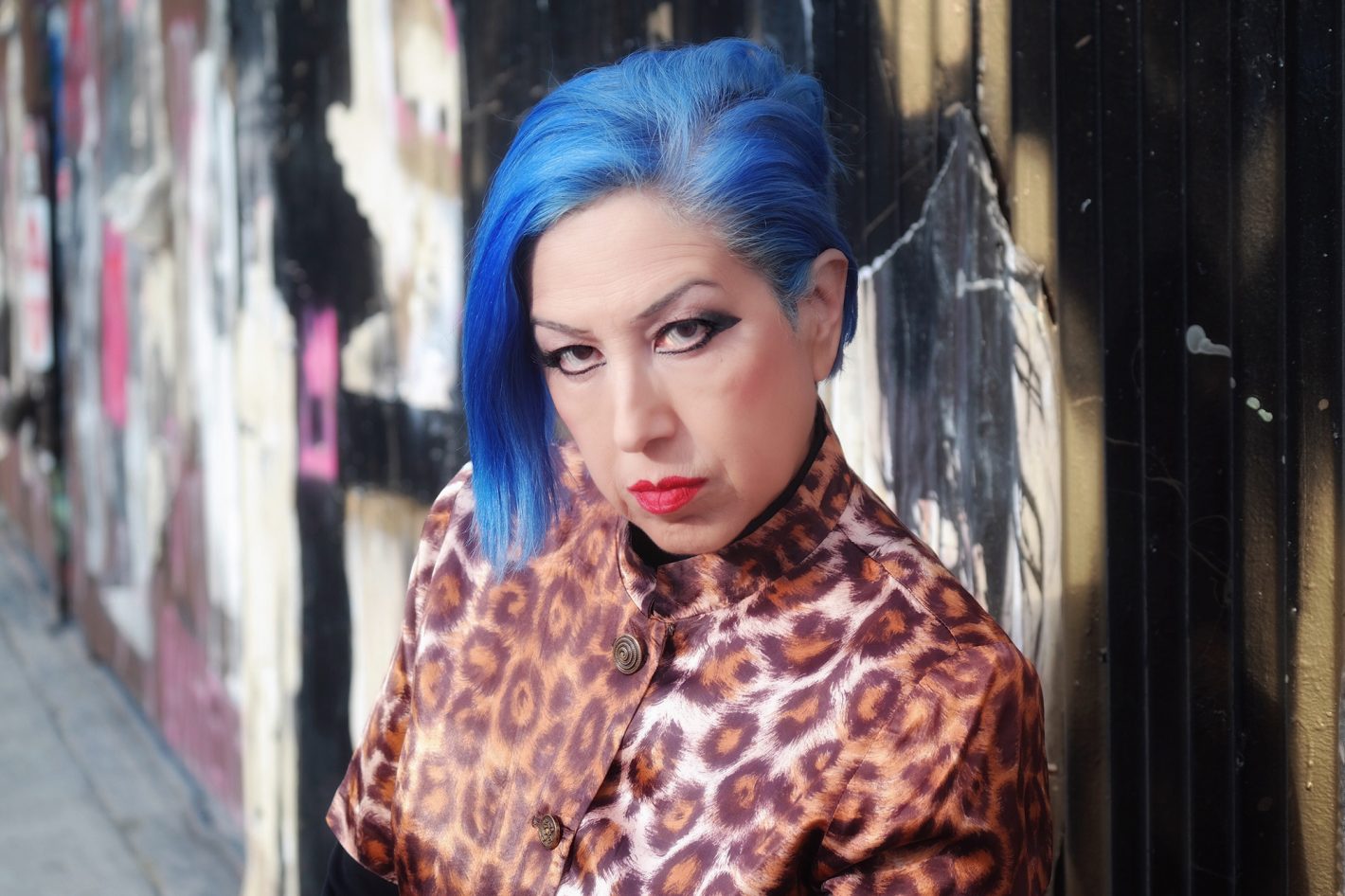 Alice Bag remembers her very first performance with The Bags—one of the first punk bands to emerge from the Los Angeles area—which she co-founded and fronted.

During my recent interview with the legend, she reminisced about how this performance helped define how she would decide to live the rest of her life.

It was the mid-1970s. The young latina punk rocker remembers standing on stage with a bag on her head, copious amounts of sweat dripping down her face and sticking to the paper bag creating a sort of paper mache. A friend eventually ripped the bag off Alice’s head, tearing down the only barrier between the vocalist and the audience before her. It was like an out-of-body experience—she recollects just completely unleashing. She says that it was this inaugural performance that changed her life, and remains among the most memorable for her. She felt free and invigorated—she knew she had found her place.

“Punk really teaches you how to own your world and shape your world,” Alice said.

Her motto, she tells me? Punk is a lifestyle. Throughout our interview, you can tell how the culture has infiltrated every facet of her life for the better.

Alice is a legendary singer, songwriter, musician, author, artist, educator and feminist, and more punk than ever. She continues to perform as a solo musician, delivering the same powerful performances as she did during her early L.A. years … except these days she admits that she has the occasional sore neck from thrashing her head around. You have a chance to experience punk rock history in the flesh at the end of the month, when Alice will be stopping in Sacramento—unbelievably for the first time ever—performing at Cafe Colonial on Aug. 30. 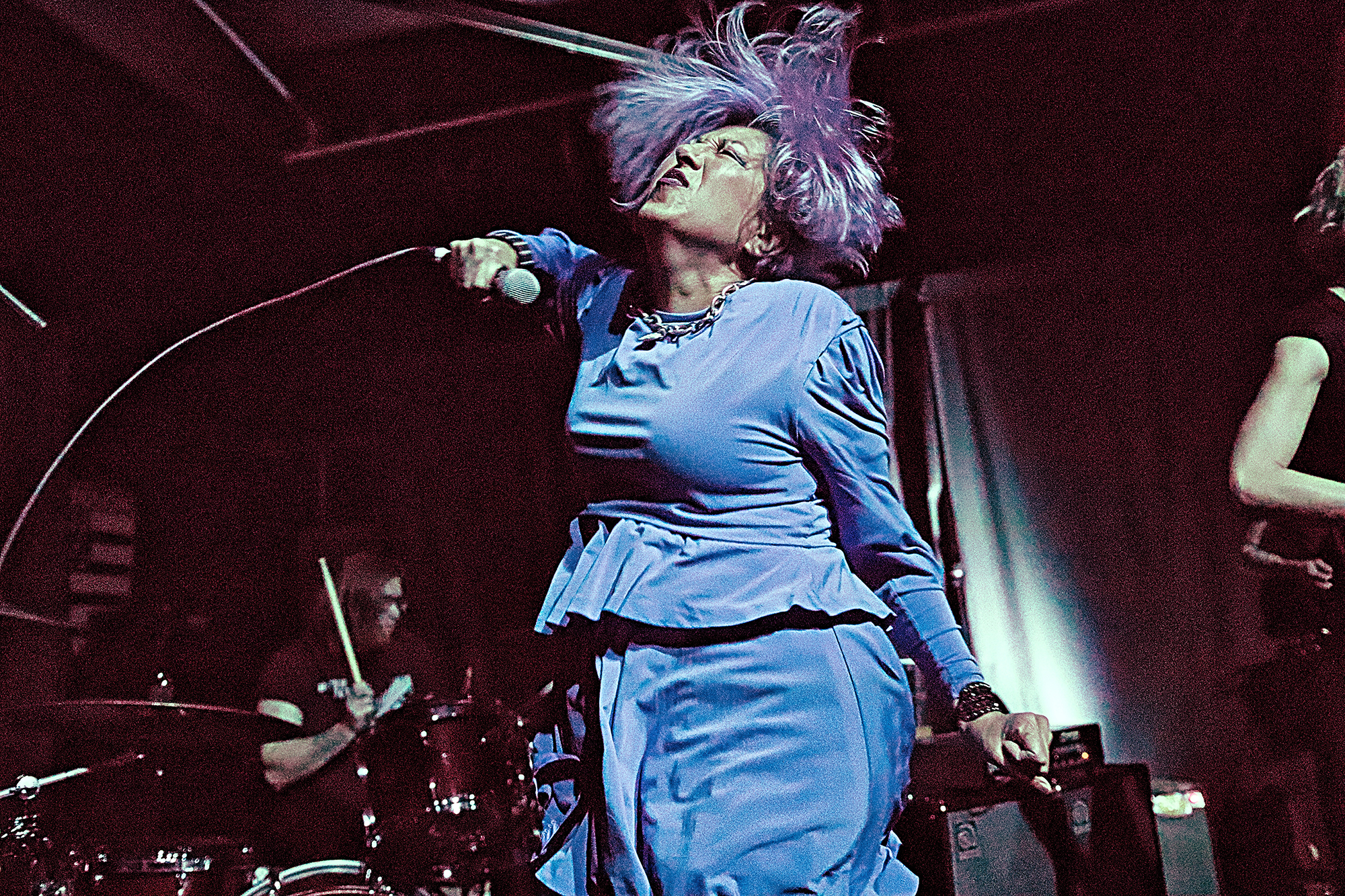 This will be your first time visiting Sacramento?
Yes! I told my booker to specifically help me find a show in Sacramento. I was doing a couple of shows in San Francisco and wondered to myself why Sacramento has never been in the cards for me. I deliberately set out to make it a destination this time. I’m looking forward to it.

I love your book, Violence Girl, and your blog … especially the interviews you did with the women you shared the L.A. punk scene with. How have you blossomed from musician into writer?
I felt like there was erasure happening and women were being written out of the story of the L.A. punk scene. The scene had strong female participation and there were women that really propelled it forward. Women held positions within the industry in management and as roadies, writers, photographers and much more. There are many women who held leadership positions in this scene that were traditionally dominated by men. In the L.A. punk scene, women even expanded these roles and made the scene better. Also, I wanted people to know that when you hear punk from Los Angeles, there is so much diversity in it. There are voices that have not been heard before. It’s so vital to preserve these stories.

I read you once said people don’t have to be the best writer to write and it’s the same sort of attitude you had when you decided to start your band, that sometimes you just have to do your thing.
If I had set out to write a book, I would’ve been scared and overwhelmed because I had never taken a writing class. I never thought of myself as a writer and I still hesitate to describe myself as a writer. I have to regularly remind myself that I write music and I am a professional musician, and though I’m not trained, I just do it and I do it my way. I totally just punk rock it.

Punk rock has really just steered my life and allowed me to feel like I can get up and just scream and shout how I feel and talk about things that are important to me. I’ve learned that I have the power to make people listen and learned that I can write a book by blogging one page at a time. It’s not so much learning about the form so long as you have the content and the ideas that you want to put across—that’s what I feel is really important. That’s all the work of punk and the influence of punk on my life.

That’s a huge testament to the power of advocating for yourself and being assertive.
Right! A lot of times we can’t imagine ourselves in positions we want to be in. Only we can give ourselves permission to do it our own way in whatever way we can. If you’re given a task and you’ve never seen anyone do it, you have to give yourself permission to do it your own way. If you’re modeling yourself after a man or a trained pro or someone who has studied something for years, you’re setting yourself up to feel disappointed. However, if you say maybe I’m going to do it my own way, and allow yourself to make mistakes because they are not really mistakes in the end.

You said punk is your lifestyle. How do you manifest that?
Punk really teaches you how to own your world and shape your world. Even from the time we are really little, you are told you have to get all As and go to college and do all these things … when really, there are so many different ways to be successful. There are so many different ways to shape the world that have nothing to do with money and college degrees (not to say that that’s not awesome if you have accomplished it). There are other ways to contribute to society and we just have to own that. We have to own our participation in the world. We can’t be passive. I don’t have to say I wish I did this, I wish I did that. If we allow ourselves to believe that we don’t have power, we manifest that.

How does it feel to reach younger generations of music lovers?
I don’t feel like a lot of the younger generation knows me. After shows, people always come up to me and say, “I can’t believe I haven’t heard of you before,” when honestly, I’m one of the first female punk rockers around. When people don’t know of my work, sometimes it’s frustrating, but I tell myself not to look at it like that. Really, it’s exciting that they are getting into it at all.

Your Dolly Parton/”9 to 5”-inspired music video, “77,” was dripping with legends. Please tell me more.
“77” is a song I wrote that bashes the gender pay gap. My friend Allison Wolfe [of Bratmobile] was going to be in the video with me and she randomly says one day, “We should get Kathleen Hanna in on this too.” She asked her and she said yes! I was totally shocked. She came in the next day and was totally ready to go.

Then, the night before shooting, I talked to our producer who was friends with Shirley Manson and I casually said, “You know, if you want to, you can invite Shirley to the video shoot.” Well, the next day Shirley Manson showed up on the set ready to go. It was epic.

You also opened up for Bikini Kill recently?
Yes! Kathleen is also one of our ‘Turn It Up’ members.

What’s ‘Turn It Up?’
It’s a group of women advocating for women in the music industry that kind of sparked from our participation in the book Women Who Rock by Evelyn McDonald. A group of us was waiting at a radio station to read something from the book. We were talking passionately about what was happening to women and music. Turn it Up advocates for equal airplay, media coverage and industry employment of groups who are historically and structurally excluded from the business and the institutions of music-making. We really want to connect women to other women. I feel like a lot of the time there are women in music and they are not written about, recorded or recognized as pioneers.

See Alice Bag live at Cafe Colonial (3520 Stockton Blvd., Sacramento) on Friday, Aug. 30 at 8 p.m. Also performing will be Las Plugas, Gamma People and Clevers. The show is all ages and tickets are $12 in advance, available at Punchandpiefest.com.