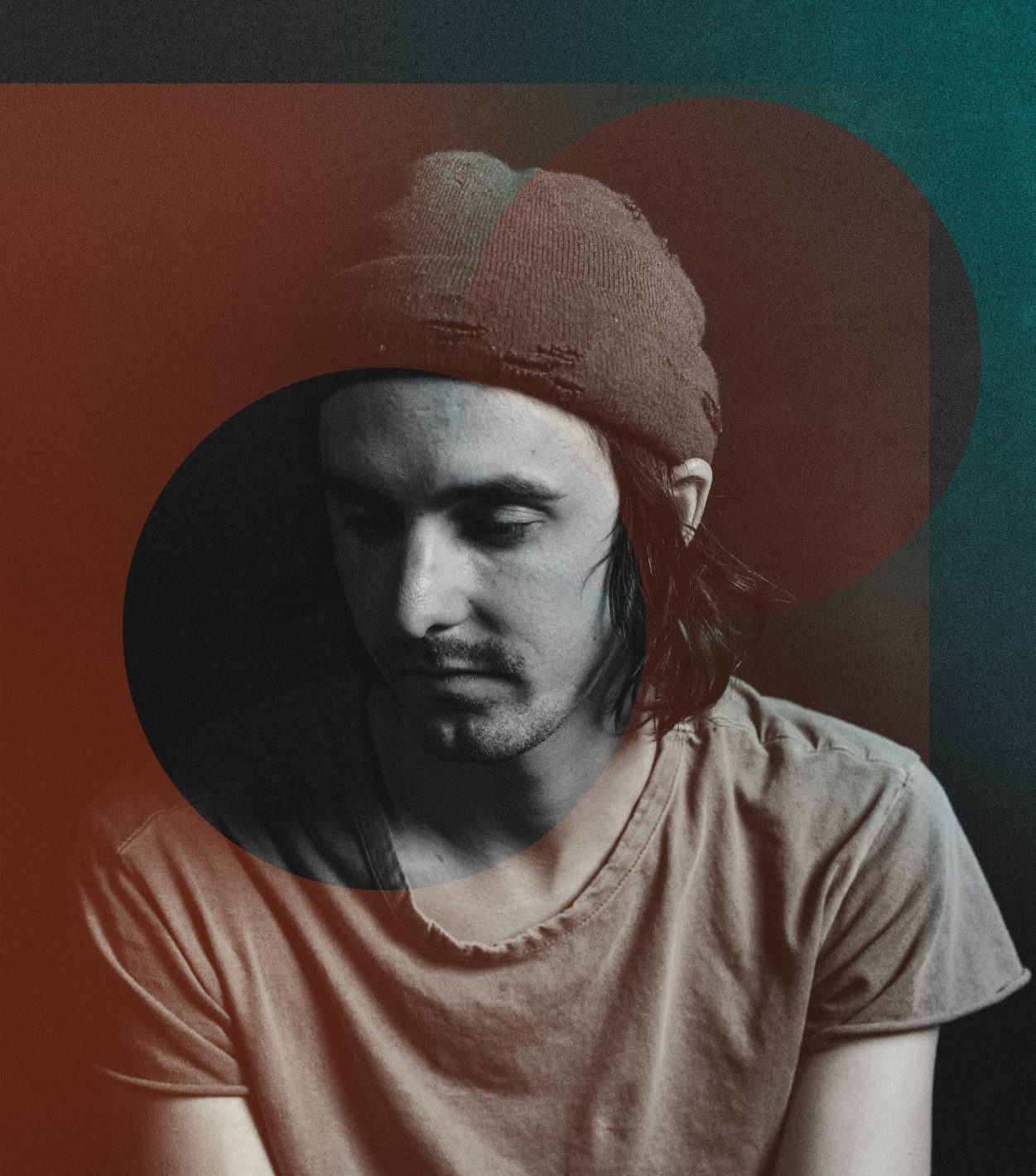 As someone who leaves Sacramento a lot for school, it’s overwhelming how much things can change in only a few months. It feels like every time I make the drive back from the airport, there’s a new building being added to our city’s skyline. For that reason, I was pleased to learn that Brolly, a musician I hadn’t heard much from since my highschool days, would be performing at Goldfield Trading Post June 29—his first headlining concert in the area in almost six years.

A Yuba City native and Sacramento resident, Brolly (Jake Ithurburn) is a singer-songwriter whose sound, much like Sacramento, has greatly changed since I last checked up on him. The first time I heard Brolly’s stuff was at one of his first concerts at the now-closed Luigi’s Pizza in the MARRS Building in 2011. Back then he, as well as his bandmates who have since departed from the project, were going by Brolly the Well, a name which lasted all of about three shows, according to Ithurburn.

The songs he played at that concert would make up his first EP, Hollow Home Rd, released a little over a year after the show. The EP is a solid mix of mainline early ‘10s indie-alternative tracks, with a few hints of the ethereal production that would later come to the forefront of Brolly’s work. The title track of the album, though now quite distant from Brolly’s sound today, is a beautiful small-town ballad about belonging and remains his most successful cut with over a million listens on Spotify and some BBC airtime.

“That single is probably the most special to me,” said Ithurburn. “I feel like it’s resonated with the most people. [The EP] was like the first five solid songs I’d written when we started the band. A friend of mine had a studio in his backyard and some pretty nice gear. We had to teach ourselves how to record and mix, so the first two albums we released, I both produced and mixed them. We were learning, so it took way longer than it should have.”

From then on, Brolly, still with the full-band setup, would tour and record their second EP, Wolfe, in 2014. Featuring lush instrumentals, Wolfe sometimes borders on the indie-pop sound that was all the rage back then, particularly on cuts like “Ghost Town” and the title track. However, songs like “Fragile” feature sparse guitar and vocals, and “Your Love Grew Legs” is a slow-but-catchy love song.

Going back and listening to Brolly’s discography, I could already see the best parts of his music coming together. Even if you’re tired of the worst excesses of the “ah-ohs” and the “ho-heys” of yesteryear’s indie, you have to admit that throughout all of Brolly’s work is a commitment to interesting and excellent production. Even “Wolfe,” which begins with the now kind of clichéd (though not at the time, of course) combination of banging drums and a whooping “oh,” is elevated by a beautiful chorus and a spacey, electronic reverb fade in the track’s ending.

A year after that, though, the project’s momentum would slow when the band broke up and Ithurburn moved back to Sacramento.

“I didn’t write or do music for a whole year,” explained Ithurburn. “That was really weird because up to that point I was writing all the time. That was my dream, to be a songwriter, be a musician. For that whole year I was just doing other things. Even the idea of going on a hike was to ‘feed’ myself, rather than write a song.”

After a while, Ithurburn slowly started writing again, although this time he focused more on solo compositions. Then, in 2016, he received an offer to go on the road with English indie-folk artist Benjamin Francis Leftwich who was touring around the United States and Canada after releasing his sophomore album, After the Rain. At that point, Ithurburn knew that he wanted to revive the Brolly project and began putting together his two latest EPs: Son, which debuted in August 2018, and Shadow and Light which came out in May. 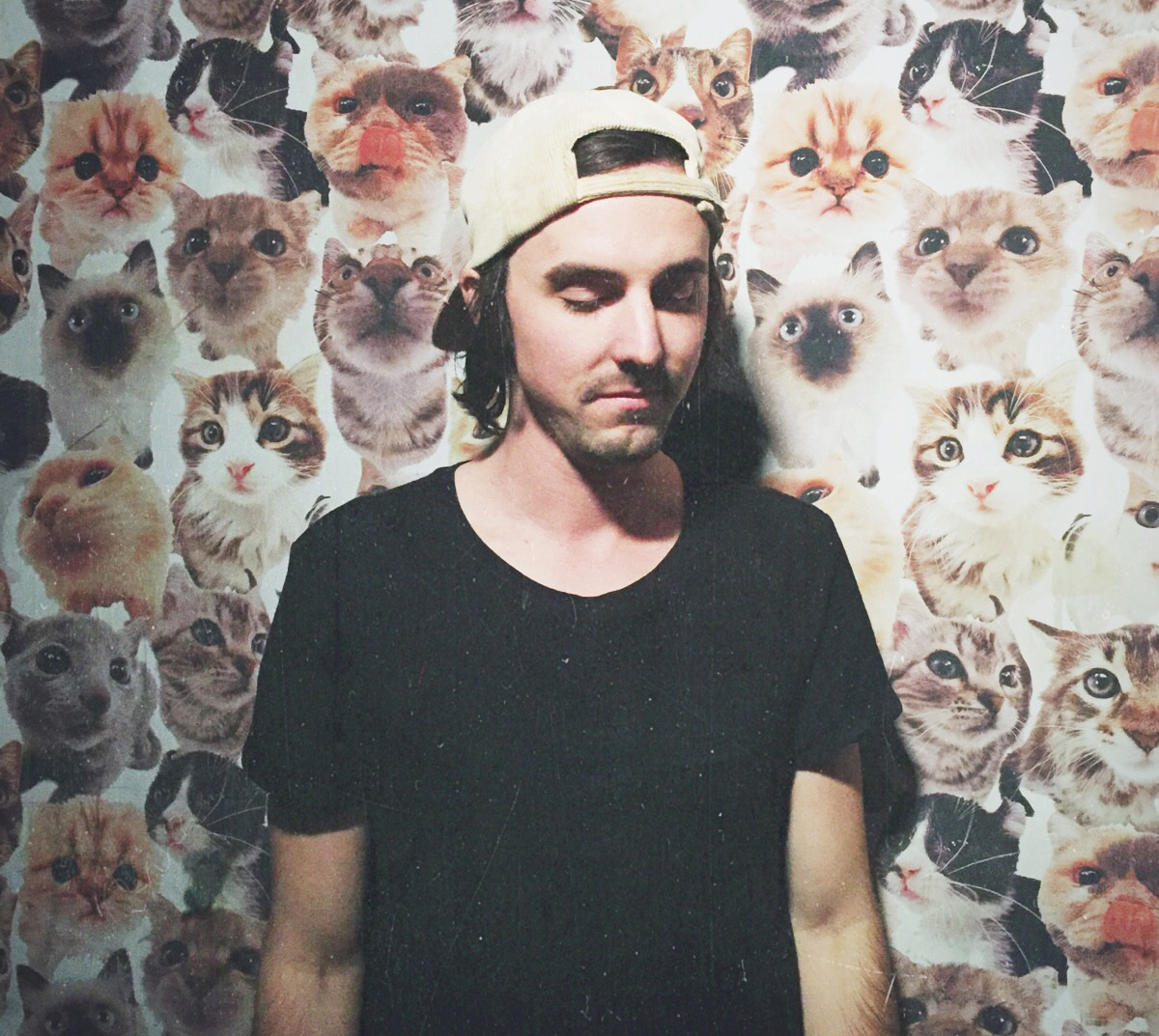 “My last two EPs came from GarageBand demos I did over that year, and just building on them,” said Ithurburn. “After I started writing again, all these songs had themes of new hopes—starting over, and starting from scratch, because that’s what I was doing … And, just where everyone was in their lives, it made sense in the moment to make it a solo thing.”

As a result, the following two EPs—originally meant to be released as one large album with some material from earlier EPs—have a much sparser, spacier sound than his previous material. Chorus effects which were previously used only on some tracks make an appearance on almost every cut. Armed with an increased mastery of vocal layering (not to mention the purchase of a VoiceLive 3 effects pedal), the twin EPs mark a significant departure for Brolly in terms of sound.

“The biggest change was when I was sitting down, I just didn’t feel as restricted to have to have a bass line, two guitar parts, you know?” explained Ithurburn. “That’s the way that I thought before because of the band situation. ‘How are we gonna do these songs live when I need these specific parts?’ But with these last two albums, I was more like ‘what do I want to do for this song?’ It felt like there was a lot less restrictions on it. I was more free.”

While it might have complicated live performance, the overall effect has been a more diverse sound. One of Ithurburn’s personal favorite techniques seems to be to bookend his songs with spacey intros/outros. A personal favorite off Son is “Man with a Cup,” which begins with a highly reverbed chorus of reversed guitar, which slowly bleeds into the quiet picking melody of the album’s ending track. Ithurburn’s otherworldly lyrics match this choice in production, as he sings “All that’s good in me/imprints of your majesty … /I think I belong to a world of some other kind/where love is a man with a cup that pours into mine.”

One of Ithurburn’s main inspirations has been the music of Bon Iver, he reported, which has helped him home in on how he defines his new sound.

“Definitely, Bon Iver is a big influence. Specifically, he [and Aaron Dessner] put out a project called Big Red Machine, which really inspired me,” Ithurburn said. “I don’t know what I would call my music. It’s a mix between experimenting with sounds, mixed with simple soulful vibes. To see if I can create a sound or a song that is kind of weird but also beautiful. So: ‘weird, beautiful, catchy.’”

This influence is easy to see on the two new EPs, as well as throughout Brolly’s catalogue as a whole. A lot of his vocal effects, like on Shadow and Light’s “White Out Days,” envoke the vocal style of Bon Iver drummer and vocalist S. Carey’s solo work. It’s hardly just more of the same, though. Ithurburn frequently takes this inspirational material a step further and makes it his own.

The same album’s leading track, “Bed 41,” features a dreamy layering of glitchy vocal loops, and is unlike anything Brolly has put out before. The track was inspired by the highly synthed-up sounds of Bon Iver’s 22, A Million, according to Ithurburn. And it isn’t just electronic effects that get an overhaul on the EPs; Cuts like “Belafonte” showcase Ithurburn’s excellent piano composition skills, despite protesting that he “isn’t good at the piano by any means.”

On the contrary: Shadow and Lights, among many other accolades, boasts a number of great piano instrumentals.

If you distantly remember seeing Brolly back in the day and are eager to hear his Sacramento comeback, or just want to hear new material from a strong local voice, head out to Goldfield Trading Post (1630 J St.) Saturday, June 29. Tickets are $15, and the show starts at 7:30 p.m. For tickets and more info, head to Goldfieldtradingpost.com.