A Night to Remember: Get to Know the Artists Playing Our 10-Year Anniversary Party! 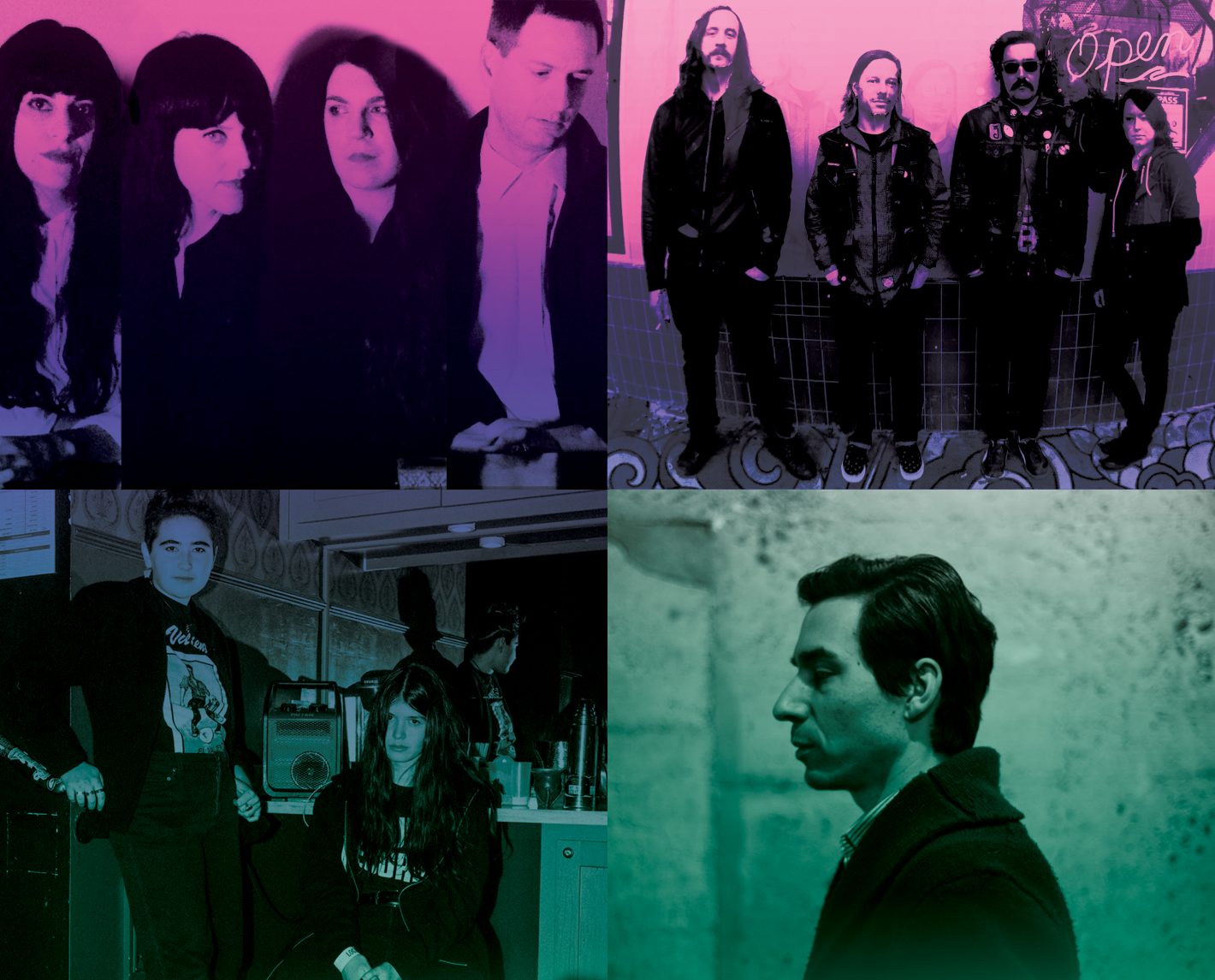 In case you haven’t picked up our last couple issues or aren’t following us online (which you should be!), Submerge turns 10 years old in 2018! Yes, time sure flies when you’re always on a deadline. It was way back on Feb. 4, 2008, when we distributed our first issue around the greater Sacramento area. To celebrate the past decade of our local music, art and culture coverage, we’re throwing a party on Saturday, Feb. 3 at Holy Diver, an all-ages music venue located at 1517 21st St. in Midtown Sacramento. It’s sure to be a good one, so keep on reading to get to know the artists playing the show, and please come on out.

Bow down. This is Screature’s world and we’re all just living in it. This local four-piece is a force to be reckoned with, and this is their moment—a dark, heavy, powerful moment. Having just seen them live in late 2017, I can say they must be experienced in person to be fully appreciated, as they are very well-rehearsed and firing on all cylinders right now. Their new album, Old Hand New Wave, was released just weeks ago on Jan. 19, and it is a fucking monster. Produced by Chris Woodhouse (known for his work with Oh Sees and Ty Segall, among many others), it is easily one of this local music geek’s favorite albums to come out of Sacramento in a long time.

“Whenever and wherever Sacramento’s Screature take the stage, they bring a 4 a.m. world of dread with them, embodying completely a dark strain of rock music that first sparked in the underground nearly 40 years ago … Play their music in a darkened bedroom, and things begin to crawl.”
— Submerge contributor Andrew Russell in his piece on Screature from issue #257. Click here to read more!

Get ready for a sweaty good time, because local headbangers Horseneck are back and ready to melt faces! Made up of members of notable Sacramento bands like Will Haven, Chelsea Wolfe, Eightfourseven and Red Host (just to name a few), Horseneck are veterans in the scene, yes; but they still rock like limber youngsters. Guitar strings might be broken, drum heads will likely be smashed, there may even be a little blood and ear plugs will most definitely be necessary. Horseneck hasn’t played a local show in many, many months, due in part to their badass drummer Jess Gowrie being out on tour for much of 2017 with the aforementioned Wolfe, so don’t miss them at our party!

“Existing somewhere within the sonic field of Murder City Devils and Red Fang, Heavy Trip sounds like a band unafraid to push the coveted tenets of heavy music to more nuanced volumes.”
— Submerge assistant editor Ryan J. Prado in his piece on Horseneck from issue #232. Click here to read more!

One of the most exciting and promising young acts to come out of Sacramento in recent years, Destroy Boys are doing things the old fashioned way: playing lots of shows up and down the West Coast, winning over fans with their raw and infectious garage-punk sound, and having fun while giving zero shits. No marketing gimmicks here, folks; Destroy Boys are the real deal. Self-described as, “What would happen if Blondie stumbled into a Misfits recording session,” Destroy Boys even earned a mention in Rolling Stone by Green Day frontman Billie Joe Armstrong in 2016, before the band’s two main members, Alexia Roditis and Vi Mayugba, had even graduated from high school! These days, they are playing as a four-piece, with Enzo from the band MT. EDDY on bass and a “very special guest playing drums.” Rumor has it Destroy Boys has been recently doing some recording in a Los Angeles studio, so we’re beyond excited to see what comes of that.

“Scrambled up, punk-ass garage rock—songs ranging from folky to full of angst and rage … Make no mistakes: The band, however wacky, loud and obnoxious, still wants to be taken seriously. They’re not just a bunch of fuckups.”
— Submerge contributor Josh Fernandez in his piece on Destroy Boys from issue #216. Click here to read more!

Sam I Jam is a local DJ and event curator known for his Le Twist parties inside LowBrau. Through Le Twist, he has introduced Sacramento showgoers to numerous cutting-edge touring bands that it might not have otherwise had the pleasure of being able to see, along with guest DJs and local bands. Whether it’s music, art, fashion, food, whatever, the man has exquisite taste, and we’re beyond stoked he’s on board to play some jams at our party. He’ll be downstairs setting the vibe along with special guests popping in throughout the night.

Come see all these artists and some special guests on Saturday, Feb. 3, 2018, at Holy Diver for our 10-Year Anniversary Party! Doors open at 7:30 p.m., and all ages are welcome. While technically a free show, we are asking for a $5 to $10 donation at the door to raise money for a cancer charity in honor of our dearly missed assistant editor Mandy, who passed away in December 2015 after losing her battle with cancer. So please, bring some donations in Mandy’s honor! Follow us @SubmergeMag on Facebook, Instagram or Twitter for more.