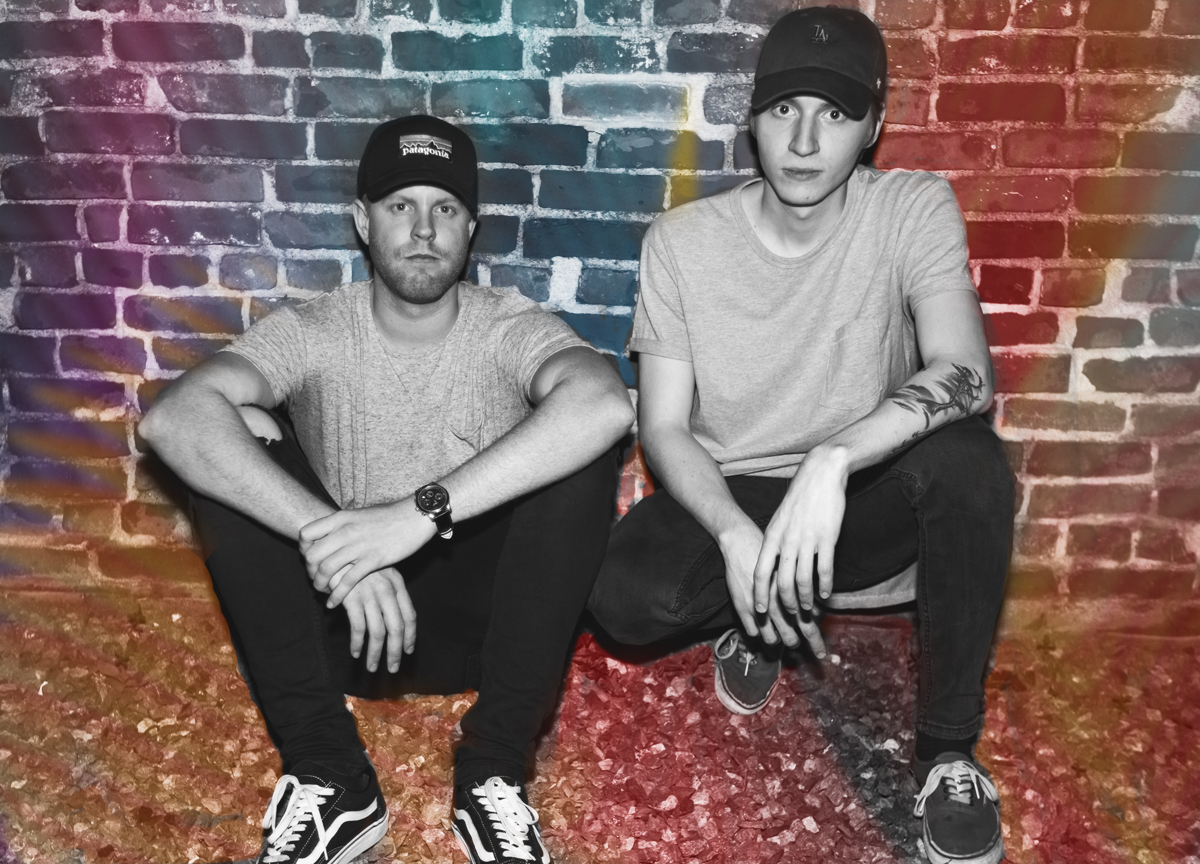 Only one year after creating Joyzu, Carson Willms and Quinton Pope have been making a name for themselves in the EDM scene by keeping their noses to the grindstone. It is instantly noticeable that both members are bursting with energy and anticipation of what the future has in store, and who could blame them?

Despite releasing only a handful of songs, Joyzu’s popularity is quickly starting to skyrocket. Their track, “Hear You Say,” featuring Olivia Reid, is nearing 800,000 plays on Spotify. The guys are now set to play their first international show in Mexico later this month, followed by a festival appearance in Chicago at year’s end.

While spending spring break helping college students make questionable decisions south of the border and jet-setting to the Windy City sound like a dream come true, Joyzu is staying focused and designing a plan to build a dedicated following through playing club dates whenever they can—which is a little tricky when one member lives in Sacramento and the other in Denver.

The distance issue will soon be a thing of the past since Pope and Willms are planning on living together in Southern California in the near future. Feeling the pull of the road and dance floors across the nation, the guys in Joyzu are gearing up to leave their day jobs behind and solely devote themselves to creating catchy dance music.

I recently got the duo on the phone to talk about how their love of dance music has kept them together through their high school days and into their college years. 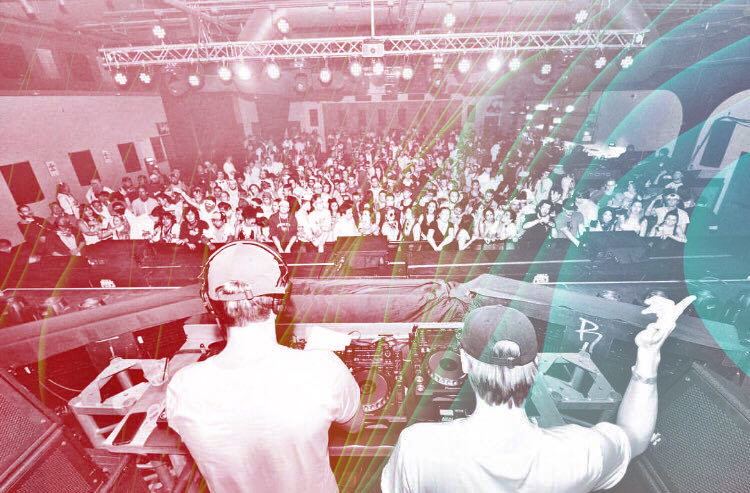 Are you guys originally from California?
Carson Willms: We’re both actually from Sacramento, I currently live in Sacramento and Quinton moved to Denver for school. Quinton moved here when he was in middle school and I have lived here my whole life, but Quinton you were in Sac for how long?
Quinton Pope: Almost 10 years. I moved to Denver to go to college and pursue music industry stuff.

Are you planning on moving back to California?
QP: Yeah, we’re waiting on some things to come through so we can move to L.A., but if that doesn’t happen, I think I’m still going to end up back in California, in the Sacramento area until we can make the move down to Southern California.

Joyzu has been together for about a year now, but you’ve been creating music together for a lot longer right?
CW: We’ve been buds since middle school, and our love for dance music came about in freshmen or sophomore year of high school. We were getting into listening to dance music, and then we started DJing house parties in high school. That’s when we found the love for it. We weren’t really making music yet, and then eventually as we grew older, towards the end of our high school careers, we got into making music.

Did you guys have a name before Joyzu?
CW: We had a few names that never worked or that we fell in love with, and then we kind of grew apart at the beginning of college, you know, because life happens. But, we came back together and created Joyzu because we had a whole bunch of music that we saw something in and felt we could see a future with.

Have you decided if you are going to pursue Joyzu full-time?
QP: Yeah, kind of. I think like just now we might be transitioning into doing it full-time. But we currently both have day jobs and we were going to school last semester. This semester we are kind of doing online classes, but yeah, we are really quickly going from working and going to school full-time to possibly not even having to work or go to school anymore. It’s been really fast.
CW: Now we’re about to have the opportunity to fully live off music. Not a lot of people get that opportunity so we are very thankful and stoked about it. We still want to continue our education as much as we can, but music is the end all goal and dream. Putting school off for a semester or so and trying to grab at this while we have the opportunity makes more sense than sitting back and not taking it.

It seems like when the single “Hear You Say” came out, things took off really fast.
CW: Yeah and after we played the SnowGlobe music festival people started reaching out to us.
QP: Yeah, SnowGlobe was great.

And you guys now have a contract with Armada Music out of the Netherlands?
QP: Yeah, it’s a record deal. They’re mainly focused in Europe but they definitely have a couple bigger American artist on their label as well. I guess it’s not too common that a lot of people do recording deals now, but we got offered it super early on. We put out one song and they wanted to work with us. It’s helping us, and they’re curating us since we are still kind of small and growing. It’s great to have such a large platform and label to help us get music out.

Does that mean you guys will be traveling to Europe and playing shows and festivals over there?
QP: We’re hoping!
CW: Yeah, it’s in the works. We’ve only had three releases through them and we still have a two year contract and are hoping the more music comes out, the more we grow. Hopefully our fanbase grows over there and they can eventually get us out there. We’re more of a smaller artist on their label, so we’re trying to establish ourselves before we ask if we can head over and play. But there have been talks about us coming out there. They have a lot of artists playing all over Europe. That’s like the dream.

Are you excited to play spring break in Mexico later this month?
CW: Yeah, it’s our first international show! They handled all of the accommodations for us which is cool. They’re bringing us out there and giving us a whole bunch of guest passes, and we’re bringing some friends and are just going to have a good time.

How do you think playing in Mexico will be different than here in the United States?
QP: It’s all just a bunch of college kids so I don’t think it will be any different than any show we’d play here since we play a lot of college night clubs and shows around college areas.
CW: But it’s going to be one of our biggest shows yet.

It looks like you guys are starting to play pretty consistently, have you noticed a difference in your stage presence?
QP: Carson has played more shows than I have since I can’t always fly out from Denver, but I think my stage presence has gotten better, and together we’re starting to vibe with each other a little more. It gets better every time.

How does your creative process work since you live so far apart?
QP: It’s an ongoing calibration. Both of us are always creating, but yeah, there’s a lot of Skype calls, and FaceTime.
CW: That’s one of the main reasons we want to move in together. We would be able to motivate each other and feed off of each other so much more. It’s definitely challenging to take care of things over the internet, and it’s challenging to not have Quinton at shows all of the time.

Where do you see yourself in a year from now?
QP: Doing what we’re doing now. Hopefully we’ll have all this music out that we’re sitting on and getting into different cities.  We have a good thing going right now, playing shows and festivals. Hopefully it gets bigger from here and we can meet some more awesome people on the road that appreciate our music.

Joyzu makes their return to Sacramento’s District 30 (1022 K St.) for a free show on Thursday, March 23, 2017 at 10 p.m. RSVP for the 21-plus show or purchase VIP tickets at District30Sacramento.com. Find out more about Joyzu at Joyzumusic.com. Listen to their newest track “Running” via the player below.