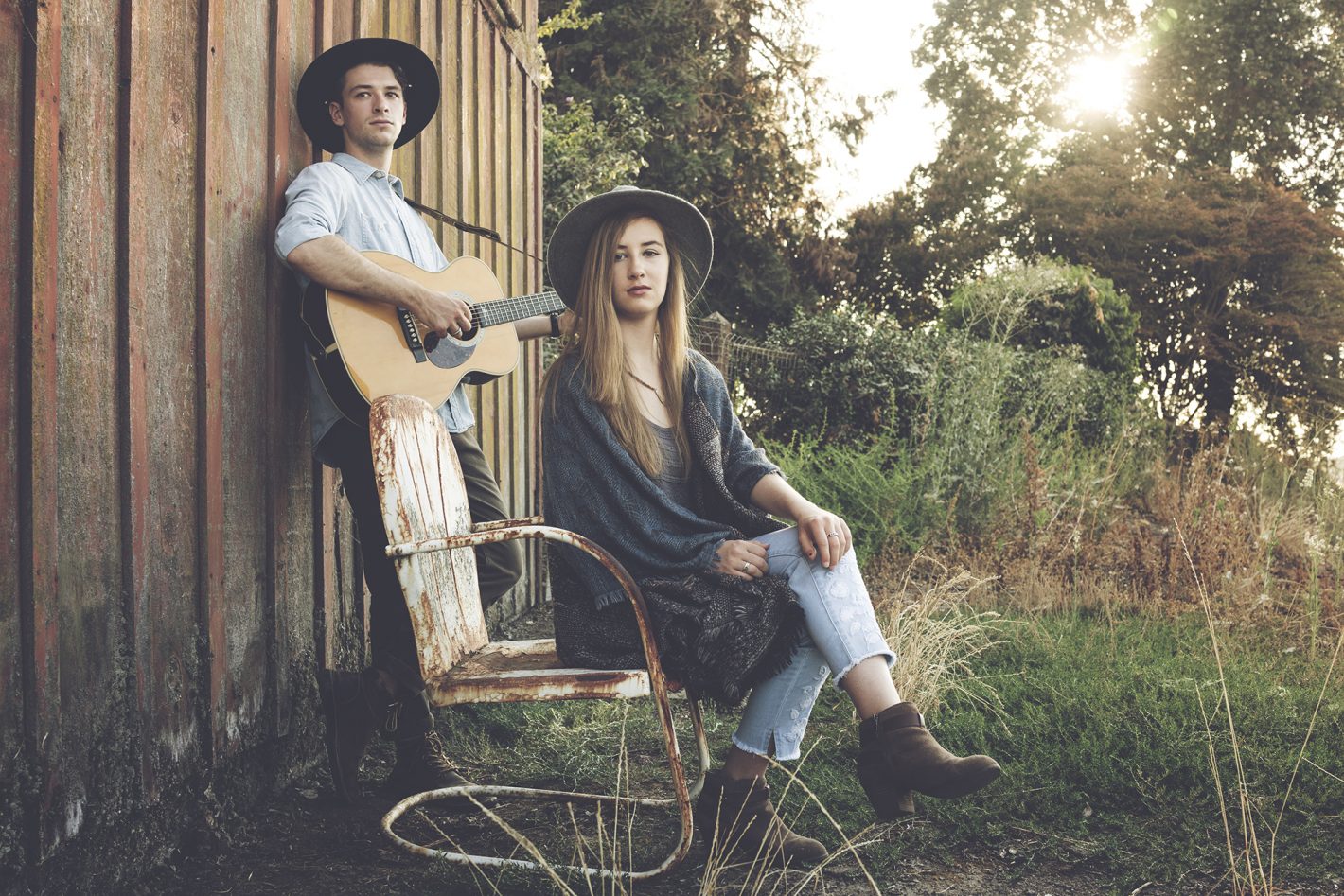 With parents who consider the Sierra Nevadas their home away from home, it’s easy to understand why siblings Karlee and Connor Hormell grew up constantly being inspired by the mountains of Northern California. The siblings spent their summers hiking trails and swimming in alpine lakes, all while learning how to play musical instruments.

They also grew up with a father who worked for local radio stations, which led to Connor and Karlee experiencing the music industry first hand.

“We kind of grew up in the concert industry,” said Karlee Hormell. “We got to go to a lot of festivals, see musicians play and realized what we wanted to do. That was a big, big influence on us.”

“We got to go backstage a lot and meet the artist,” added her brother Connor. “I think it was a really cool point of view to see that as a kid, to see how it all works.”

The brother and sister duo began playing music together, which led to their first group, Connor and Karlee. While they were attending high school and playing shows, the two started gaining steam as a musical duo in Sacramento, but soon after they graduated, they went their separate ways. Karlee moved to Los Angeles to study music business while Connor stayed in Northern California to study music engineering.

Deciding to shake things up, Karlee made the decision to study abroad in New Zealand. This lead the siblings down a path full of life-changing experiences, self-reflection and creative expression that can be heard on their upcoming EP Chasing Trails, which will be released on July 17 under their current moniker, me&you. Submerge caught up with the Hormell siblings to discuss their new EP, growing together as musicians and how time spent halfway across the world influenced their songwriting. 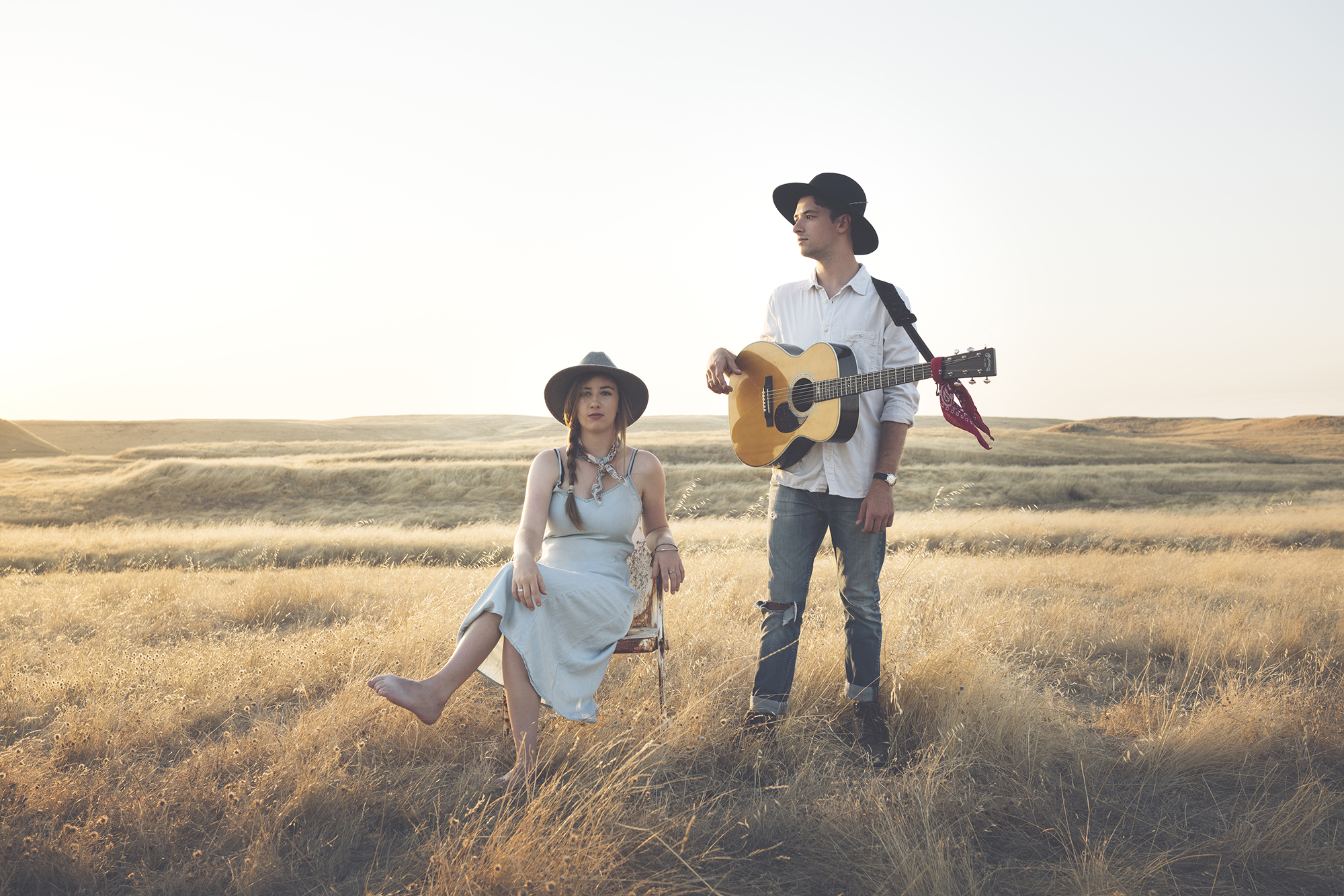 Can you tell me about the difference between the album you released as Connor and Karlee and your upcoming me&you EP?
Connor Hormell: I think this current record shows that we are in a different time and place in our lives, but I think it’s very much what we wanted to do in the first place.
Karlee Hormell: [Laughs] We were just really young on that record. We were in high school.

Did you guys grow up in Sacramento?
KH: Yep, we’ve been in Sacramento our whole lives, then I went down to school in L.A. for college and Connor went to school here in Sacramento, so for four years we kind of split the state.

When did you first start collaborating together?
KH: As kids we were always learning our own instruments. Connor was a drummer first and foremost.
CH: I was taking drum lessons while Karlee was taking piano lessons.
KH: And then he started playing guitar, and I went on to play bass guitar. So we basically played all of the instruments in a band and started playing together. I’m pretty sure we had many different band names as kids.
CH: Yeah, the first one was Rock on Fire. It didn’t go very far.
KH: Yeah, we just started playing as kids, and then our dad would play with us. It was kind of like the family band situation. We played in talent shows together in elementary school, but then in middle school Connor went through his pop band phase.
CH: I had a band with some friends in high school. We wanted to be the Jonas Brothers.

Karlee, you recently went to study abroad in New Zealand. Was that the first time you were apart for a long period of time? How did it feel not creating music together?
KH: It was weird.
CH: We had the whole test run while she was in college in L.A., but I would see her every once in a while and we were always sending ideas back and forth, but we couldn’t really do anything when she was abroad.

Connor, you eventually joined Karlee in New Zealand, right?
CH: Yeah, she was studying abroad and I was like, “I’ve got to go to New Zealand!” Especially since we decided to rent a camping van and travel around. So I did it. I spent all of my money, but it was the best decision I’ve ever made.
So were you already writing songs as me&you when you left for New Zealand?
KH: We were still Connor and Karlee as a band at that point, but it was feeling very … not us. It was feeling very forced I think at that time.

How did creating music in New Zealand influence your songwriting?
CH: Toward the end of Connor and Karlee, I think we were both in really sad places. Well, maybe not sad, but we had a lot to write about. When I got to New Zealand, we just kind of naturally started writing in a different direction.
KH: We’re so influenced by the outdoors, and we love hiking, backpacking and traveling. It was great for us to be in a camper van and to be traveling, waking up every morning, deciding what we wanted to do and where we wanted to go. We had the ultimate freedom to be able to be so immersed in our music and just sit and write, and finish songs. The whole record that’s coming out was written in New Zealand in our camper van for the most part.

Other than the songwriting, how is me&you different than Connor and Karlee?
KH: I think we’re at a point now where, finally, we’re on our own timeline and we’re not rushing things. We’re going to really take our time.

You can definitely tell that you’re not rushing things, not just in the music, but in the way you have approached me&you.
CH: Thank you, we saw other bands that didn’t do that, and we have invested a lot of time in ourselves and in our art at this point and we want it to be professional and want to do it right.
KH: I think a lot of it comes from our education in music.

Can you tell me about your family cabin that you’ve cited as inspiration?
KH: It’s in a little town called Graeagle.
CH: It’s about an hour north of Truckee on Highway 89. It’s out in the woods and our favorite spot. We’ve been going there forever. Our dad has been going there [Graeagle] since he was a kid.
We stayed at this one resort forever where there were little log cabins.
KH: That place was where we played one of our first shows as a duo.
CH: Yeah, we started playing at this little wine bar up there.
KH: We took the songs that we wrote in New Zealand back to the cabin to demo them and flesh them out.

Speaking of the new EP, where did you record this album?
CH: We recorded it in L.A. in a couple studios. At a studio called Whispering Pines, which is Lord Huron’s studio, and then Ben Tolliday, our producer, has a studio in his house called Mt. Echo.

How did you end up recording with Ben Tolliday [Lord Huron, Alanis Morissette, Smashing Pumpkins]?
CH: We spent two years working on the songs, so I think that really helped. Ben [engineered] the last three Lord Huron records, and Lord Huron is one of our huge influences.
KH: That’s all we listened to in New Zealand. It was a dream come true! To be able to record in our favorite band’s studio was wild.
CH: We emailed him the demos and he got back to us and really loved our stuff. We then met for dinner and talked for a while—it was a cool fit. Ben lived in New Zealand for a while, everything just fell into place.
KH: Yeah, then we did this trial run with him in late November
of last year.

What went into the trial run?
KH: We went into the studio [Whispering Pines] and did a live recording of our song, “Mama Keep the Lights On,” and actually, the recording that’s on the upcoming EP was the recording we did that night. It was a live take, and was just so dreamy and amazing to be in that room.

I know you are just about to release your first EP, but what’s next for me&you?
KH: We are already in the studio working on new stuff and really just trying to continue to create. We already have another five songs to backup the EP!

Chasing Trails, me&you’s debut EP will be out July 17. In the meantime, you’ll be able to see them live at Shine (1400 E St., Sacramento) on July 13 (Shinesacramento.com for details). On July 28 you’ll also be able to see me&you live at Ace of Spades (1417 R St., Sacramento) for a special performance at this year’s Girls Rock Sacramento Showcase. For more on that performance, go to Girlsrocksacramento.com. You can listen to the band’s new single, “Georgia,” and learn more about the duo, at Meandyouofficialmusic.com.