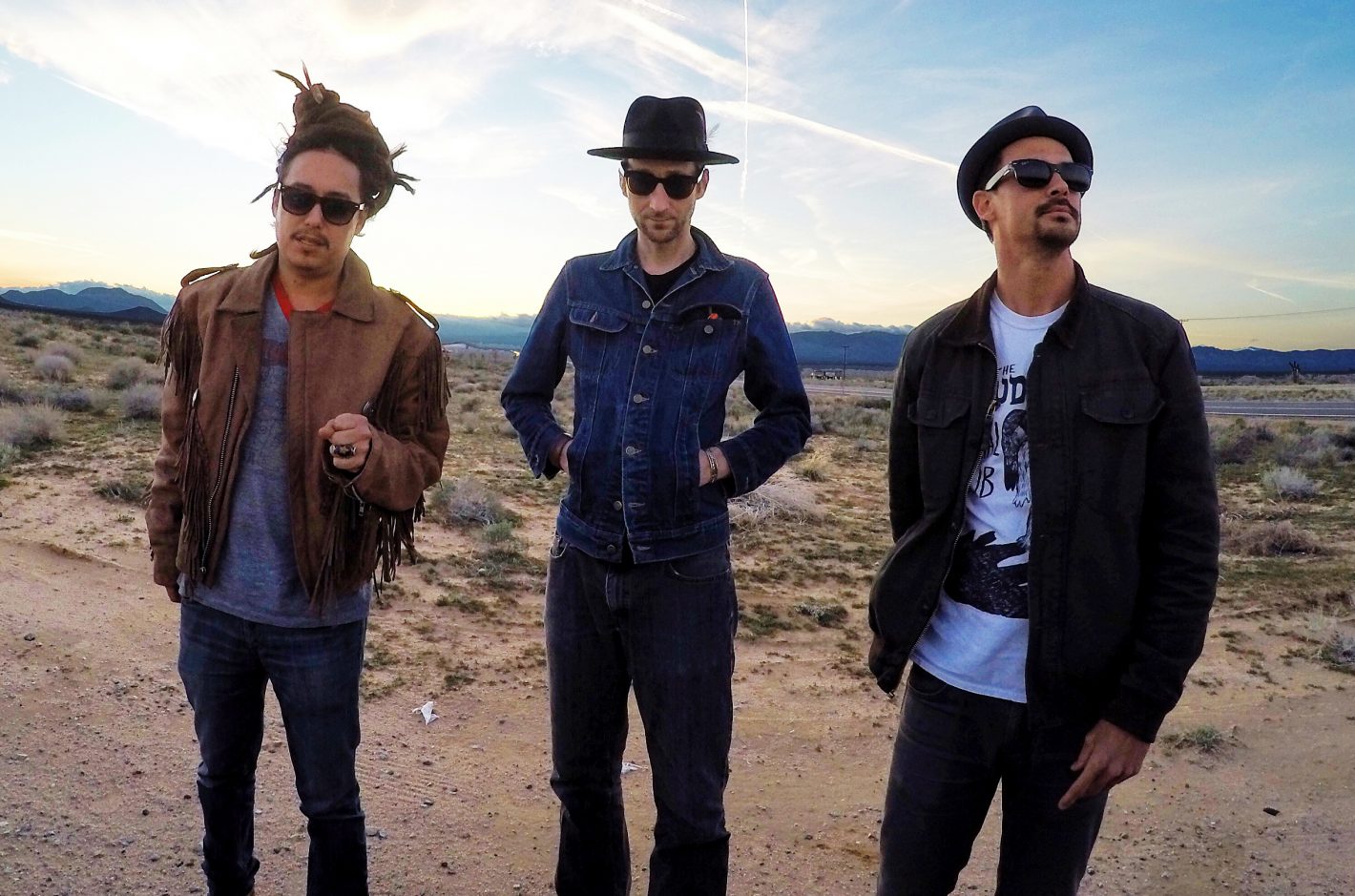 While sitting at a table inside the dimly lit Backdoor Lounge in Old Sacramento waiting for his bandmates to arrive, Josh Lippi and I reminisced over Sacramento’s late-‘90s music scene. Recalling bands like Luckie Strike and Lesdystics, and venues such as (the old) Capitol Garage and Bojangles brought back great memories; memories which of course included Jackpot, the alt-country band that introduced many to the rock ‘n’ roll stylings of Lee Bob Watson.

After carving out a successful solo career, Watson joined forces with Steve Suzuki Wyreman (guitar) and Josh Lippi (bass)—two incredibly talented musicians—and created The Truth. A band with Sacramento and Bay Area roots, Lee Bob and the Truth’s sound meanders through Northern California, taking a long layover in San Francisco while being inspired by rock ‘n’ roll from past decades.

On their new album The Light, Lee Bob and the Truth sound more cohesive than ever; each member shining in his own way while never straying from sounding as one. And the same holds true when it comes to their live show. After catching Lee Bob and the Truth at The Shady Lady this summer, it was easy to see why their performances are garnering rave reviews. They’re one of those “leave it all on the floor” type of bands with an energy that is nothing short of contagious.

Though The Light is out now, the band has been busy as 2016 closed out. Watson became involved with the demonstrators at Standing Rock, taking a trip to the camps and even helping to put together a compilation to raise donations. The band has also completed a new album that they plan to release in the New Year.

The three of you have been friends for over 15 years. How did everyone meet?
Lee Bob Watson: I was playing in bands in Sacramento, saw Josh’s band one night and thought, “These guys are already better than half the people I know that have been doing it for 10 years.” I started giving him music, and we started getting together to jam. Then Steve would come through San Francisco, and he’s so obsessed that he would get off a six-week tour and come straight over and jam with us until 4 a.m.

When did you guys decide to form The Truth?
Josh Lippi: The Truth really only formed about two or three years ago, but we have been playing together in different projects for years. Like Lee said, he and I go way back, playing music together in Sacramento, and Steve and I have been playing a lot of music together in the Bay Area.
LB: The band kind of formed out of us asking, “What do we want to do when there’s nobody around telling us what we are suppose to be doing?”

So you have been playing together in one way or another for a while. Why did it take so long to officially become a band?
LB: I’ve never had a steady band, partly because I don’t want to tell people what to do. But with these guys, they’re equally obsessed. They put in as much time or more than me figuring out how to play. Steve’s totally obsessed with music in a way that I can’t comprehend and so is Josh. We all take ownership of the music.

Being veterans in the music industry, do you feel like kids just starting out since your band is only a couple years old?
LB: In a weird way it has that feeling more than anything I’ve done in the past 10 years. I’ve played in a lot of bands with great musicians and we would piece it together gig to gig, but this is an actual band where it’s like, “If it’s not with these guys, it’s not going to happen.” So in that way, it’s the first time in my career where it feels like you’re 15 years old.

When listening to your records or seeing you live I can feel San Francisco shining through, what would you attribute that to?
JL: I think that comes from us being raised in the Bay Area and Northern California, and listening to Santana, playing in the Mission. I think that the areas of San Francisco that we love influence our sound.
LB: Another thing is Steve came up playing in churches around the Bay Area which is a great education.

Lee Bob, you lived in the Bay Area for a while but recently moved back to Sacramento right?
LB: Yeah, I moved back this year. I like it here. I’m more of a small town/mid-city kind of guy. I have good friends here. Also, the great cultural things that happened in San Francisco happened because people moved there because it was cheap. There were a lot of people around that were figuring shit out. So if you take that out of it—not to diss on San Francisco—but it doesn’t have the same feeling.

The band’s first album, The Truth, dabbles in many styles of rock ‘n’ roll compared to a more honed sound the new album, The Light. What do you attribute that to?
LB: Yeah, it’s very collaborative. The first album was about finding common ground. We all love a lot of different kinds of music so we tried to narrow [the new album] down to things we really love and that we might only do in the context of this band.

Was the second album recorded on tape?
Steve Suzuki Wyreman: Yeah, it never went on a computer, period. We recorded in one of the best studios in the world with all of the old recording gear that hardly gets used these days. This kind of band is best recorded that way. Hardly anyone records that way at all because it’s a pain in the ass. And it’s not so much to try to be retro; to my ears when you do it this way you get the best sound to ever be recorded.

The songs on The Light flow with ease and breath a bit more than the tracks on your first album. Did how you record the album have an effect on the overall feel?
LB: Yeah, for the first album we recorded for three days, then maybe four months passed before we did the rest of the record in another studio. This last one, we did it all in five days all in one place.
JL: The whole project has been really DIY and independent. For the first album it was about trying to find money and time to record. We even tried different studios. But the second one was all in one spot, and we enjoyed giving ourselves the limitation of not allowing ourselves months to pick our brains over things. We let it exist in that moment in time. Whatever was going to happen in those five days was how it’s going to be.

Do you guys see yourselves sticking around the West Coast or are you looking to tour nationally?
LB: We’ve been up and down the West Coast and in the Northwest a lot. We’ve all been to Europe and Japan with different bands but not this one yet. In this instance our records and our live performance are a perfect marriage so getting out on the road is definitely a natural fit. But we aren’t going to do it just for the sake of doing it. We want to try to grow in a smart way.

Lee Bob and the Truth’s newest album, The Light, is out now. It’s available on CD, vinyl and, of course, digital download. You can order it now at Leebobandthetruth.com.