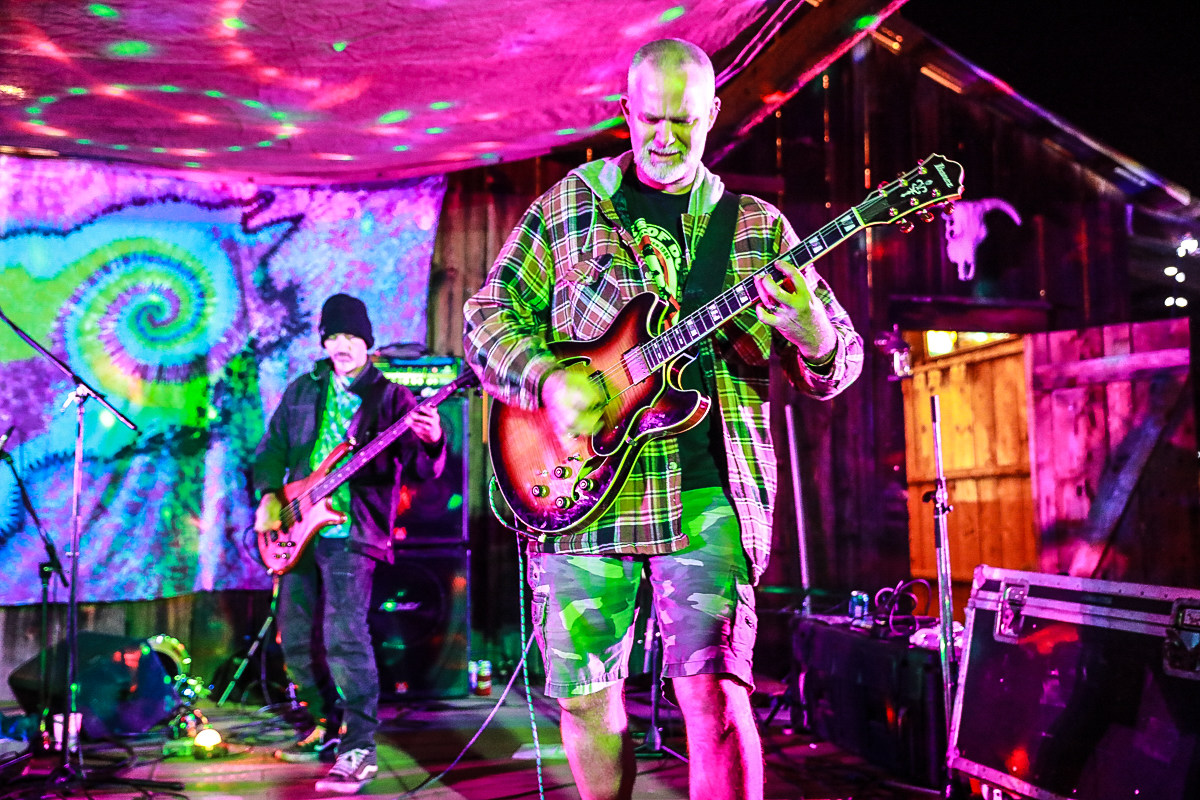 All Photos by Paul Piazza | Above: Kai Kln

It’s not easy running your own music festival. There can be a multitude of challenges, including planning, logistics and scheduling, along with finding the most suitable venue for the event. When you factor in that it will be a weekend campout that involves families with children, things bump up another challenge level.

Owlfest started out as a fun idea to involve local musicians, their friends, and families but eventually became too much work for even the most dedicated.

Thus, as the eighth annual Owlfest approached, it was pegged to be the final one. The festival, which was started by longtime local musical collaborators and friends Scott Carpenter and Nathan Kingham of the band MAU, began as a labor of love, but running an annual festival eventually became too much work.

“The goal of the festival was for it to be a fan fest when we started it,” said Carpenter recently. “But over time, it had become an ‘owlbatross.’ I have loved doing this, but every year afterward I will be wiped out for a month.” 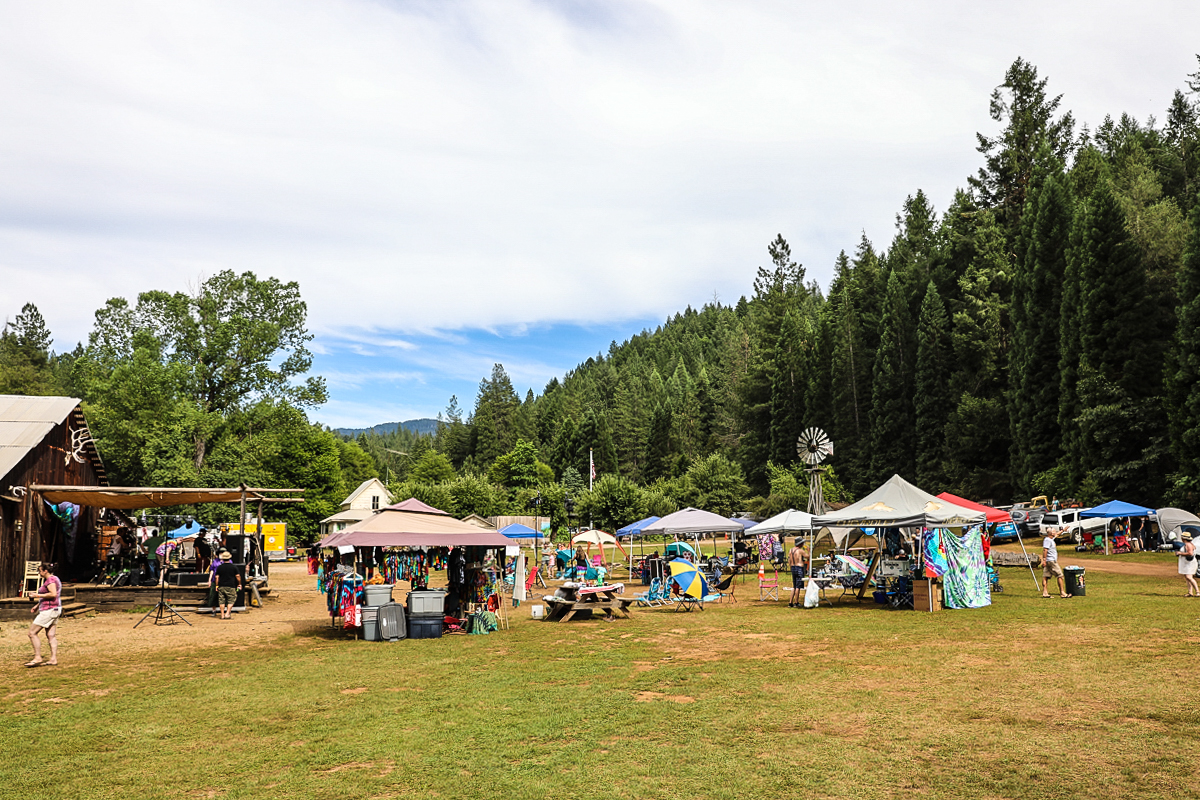 If this year’s festival was the last one, it sure went out with a hoot. The musicians were on point, the festival location and weather were beautiful and there was an amazing spirit of friendship and camaraderie. In all, 450 people attended, which was the festival’s largest turnout in its history. That’s pretty solid for a homegrown family music gathering.

The first Owlfest was held on private property in Gardnerville, Nevada, and the next six were at Toney’s Mountain Golf in Nevada City, California. For its final year, a new location was required due to renovations being done at Toney’s. The latest venue was Blue Mountain Event Cente in Wilseyville, California, which is about 90 minutes outside of Sacramento, just off the road heading toward Kirkwood.

The spacious campground, nestled in a small valley, has a rustic ranch look and a stream that winds around its perimeter. Add a funky barn with room for a stage on each side, a near perfect weather forecast and a staff who were very helpful, and the optics were just about perfect.

“Blue Mountain was so much more than I thought it would be,” said Carpenter. Afterward, most of the campers agreed. Many were seen enjoying a dip in the stream during the day’s heat or huddling around the huge campfires that the venue host maintained during the late evening chill. 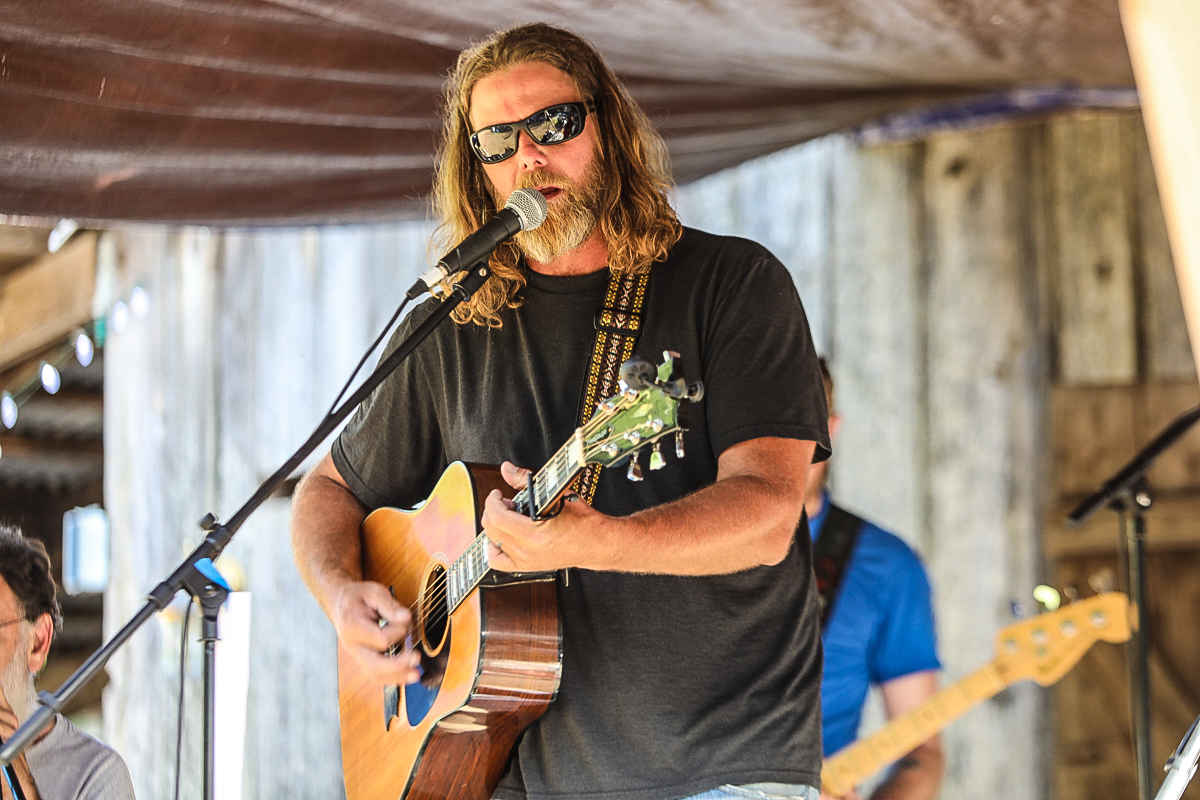 While all of this was great, it’s music that was the main reason for this gathering. Owlfest VIII had a solid lineup. Sacramento legends Kai Kln, whose members played in a variety of other bands at the festival, were the main attraction on Saturday night. The band, who rarely perform together these days, reunited for the event and delivered a blistering midnight set that had the entire campground rocking late into the night and buzzing well into the next day. This set was a couple scorching hours of music that people will remember for years to come.

On Friday the closer was Trikome, whose set featured a marriage proposal. The weekend lineup also had The Bongo Furys, Watt Ave. Soul Giants and many others, including splinter bands of the Kai Kln family such as Dutch, Gene Smith Lives and drummer Neil Franklin’s set with Ross Hammond. Kai Kln’s Sherman Loper is also the guitarist for MAU, who played a pair of great sets. It was not uncommon to see musicians from the different groups popping up onstage with each other throughout the weekend. 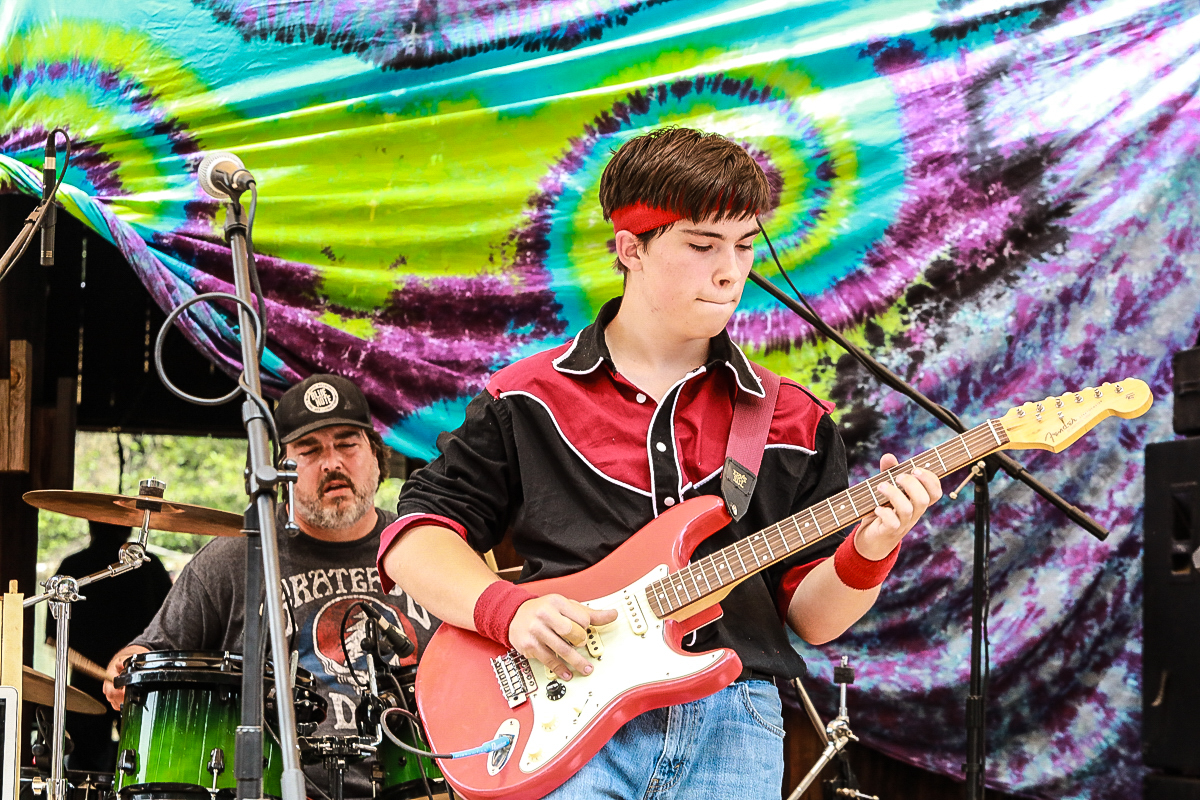 Another set that stood out during the weekend was young Max Carpenter, Scott’s son, who is a 17-year-old guitar prodigy. The youngster is in a Mark Knopfler phase, and he showed up decked out in the guitarist’s look, complete with a western-stylized shirt and headband. But what knocked everyone out was Max’s well-developed skills, which didn’t utilize a pick and involved a plucking technique that heavily utilized thumb, index and middle fingers. 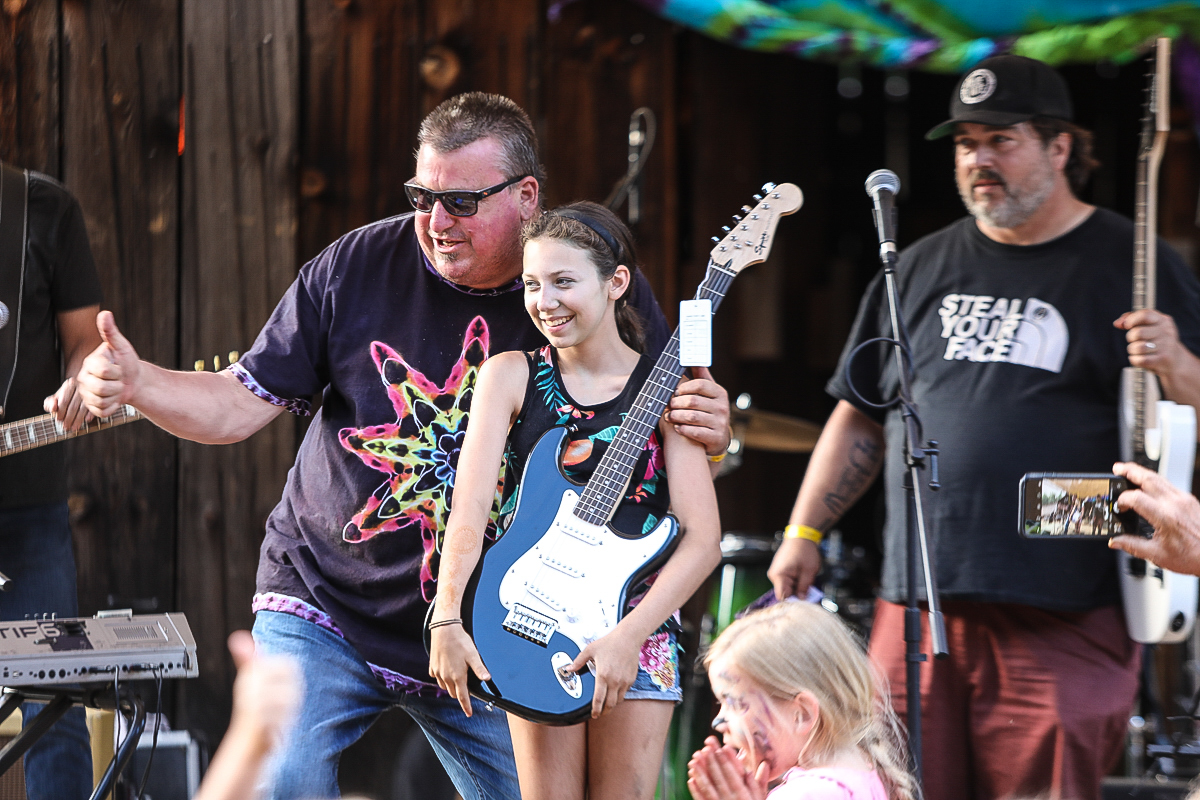 “This year was the culmination of everything he has absorbed over the past seven years of Owlfest, meeting all of these musicians and scratching their brains and trying to see what he could glean from their knowledge,” said Max’s proud father, who was his son’s drummer during the set.

Naturally, as the festival was nearing its close on Sunday, people were secretly hoping that it really wasn’t the last one. Hannah Jane Kile brought everyone together for a big singalong before things closed out and emotions ran high as everyone knew this was the final set. 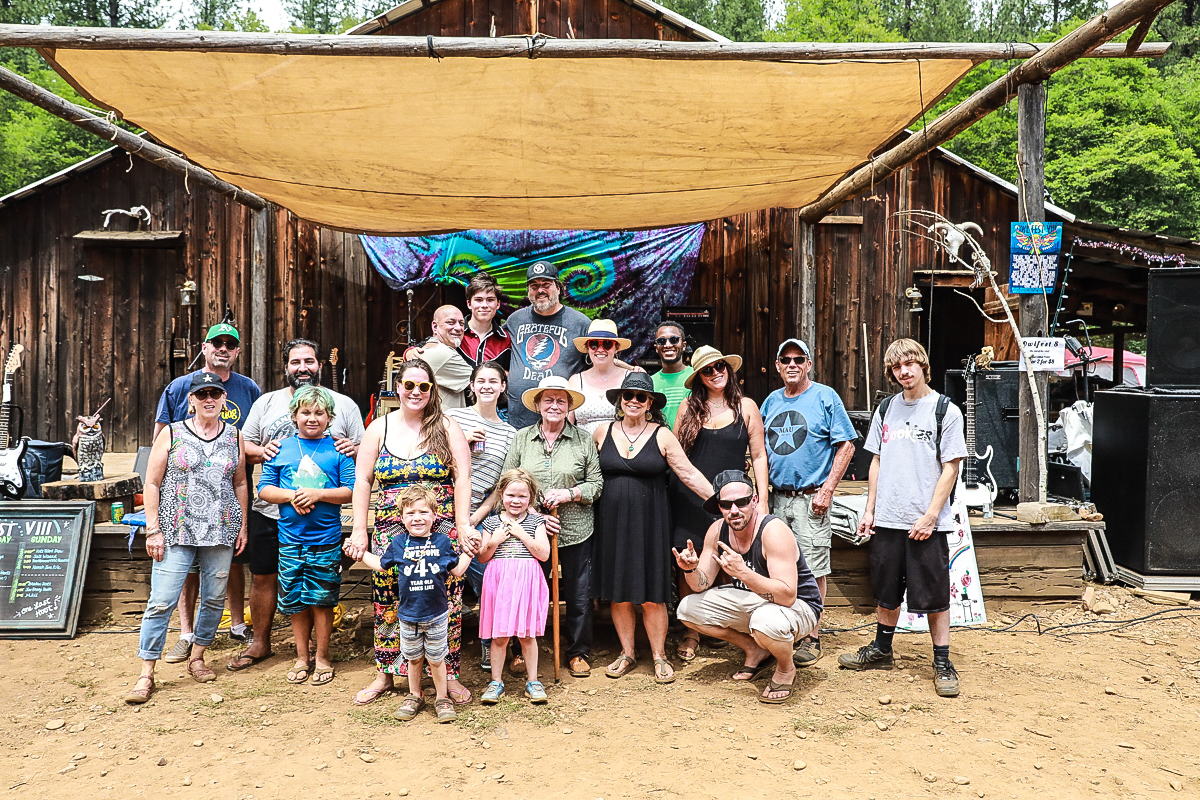 “Everything this weekend was everything it was supposed to be,” said Carpenter. “When we started out, I was just flying by the seat of my pants. I now have a better idea of how I’d want to run a festival if I ever did it all over again, but there will definitely not be another Owlfest.”

While the hooting has been put to rest, and there is nothing concrete planned for the future, Carpenter hinted that he may undertake a new festival in a couple of years. In the meantime, the music won’t stop. One is almost certain to continue to find almost all of these musicians of all ages making music all over town, whether at formal gigs, casual midweek jams or noodling in the garage or on the porch. And you might catch others daydreaming about that killer midnight set by Kai Kln and hoping that they’ll reunite once more. 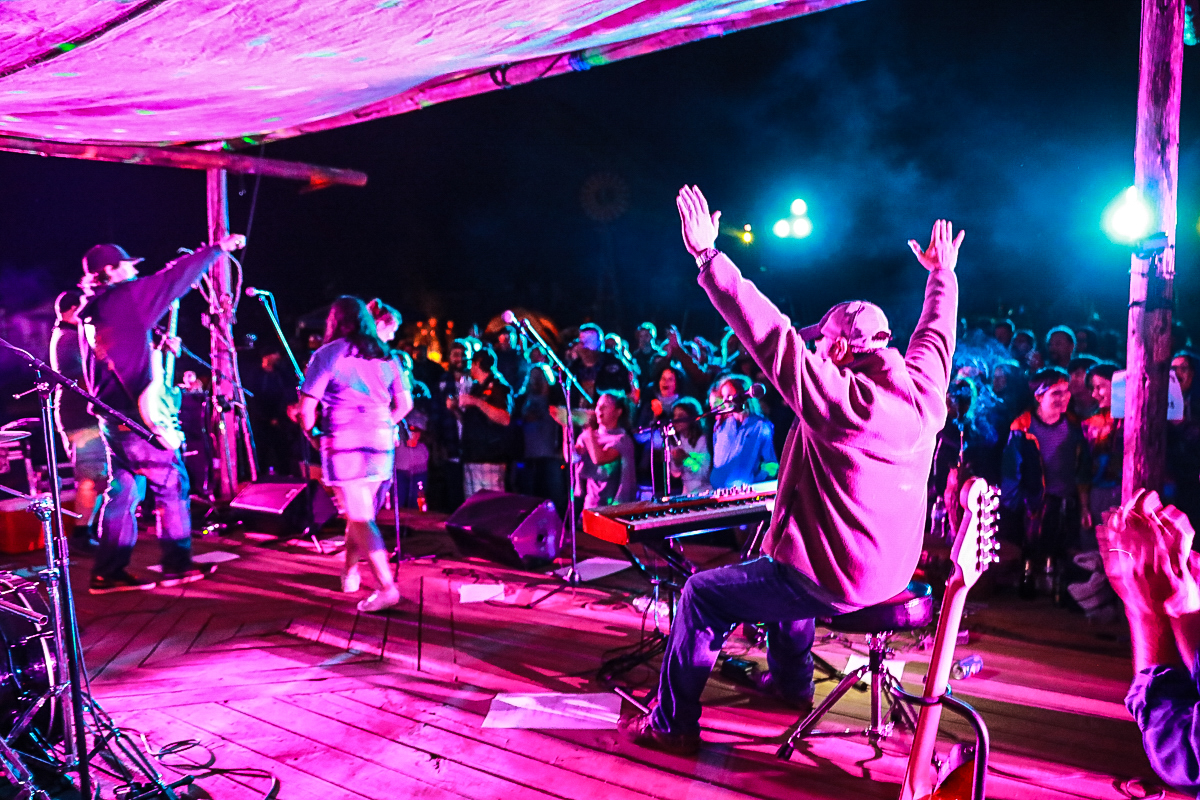