Moving On • Tatiana McPhee Pours Her Heart into Debut Album 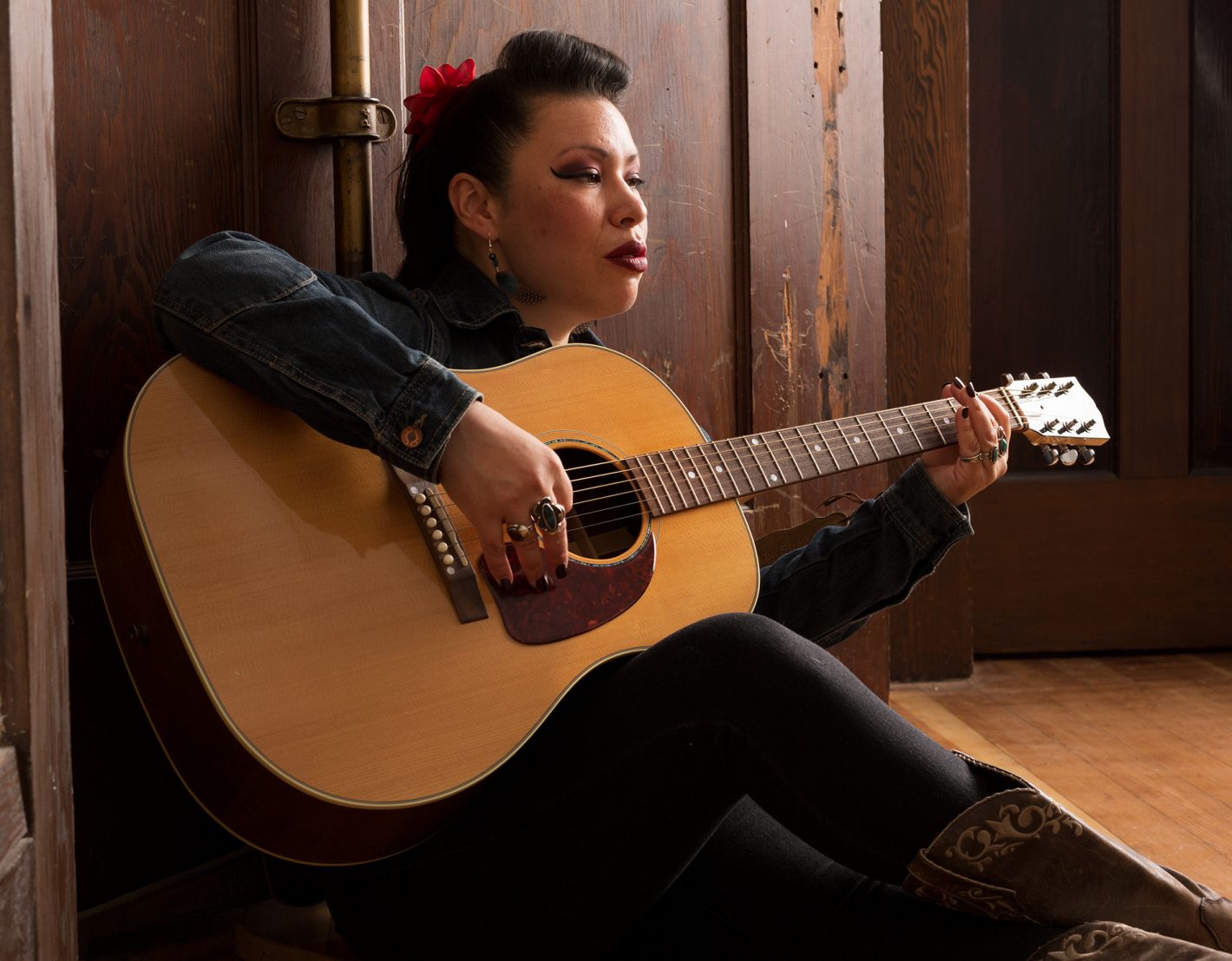 Since the recent release of Tatiana McPhee’s debut album, Mean Mama, the singer-songwriter has been trucking around Northern California from honky-tonk to honky-tonk, sharing her songs of real life heartache and heartbreak. Before going solo, McPhee cut her teeth in cover bands that played everything from Alan Jackson to Tom Petty, but once in front of the mic she quickly became antsy to sing her own songs.

“I sang a couple Miranda Lambert songs while in cover bands, but I never wanted to just sing other people’s songs,” said McPhee. “The way I like to get my emotions out is through songwriting. I’ve always wanted to sing about the way I’m feeling.”

Tatiana can be seen playing frequently around Northern California with American roots artist JonEmery, who she almost didn’t meet.

“Actually it was an open mic night. About two or three years ago around Halloween. Jon had a murder ballads themed open mic night at the Country Club Saloon in Loomis. I told [boyfriend and band mate] Dan that I really wanted to go to the open mic night and play one of my songs. I almost chickened out at the last minute because it was going to be scary since I was going to be performing by myself, but I ended up going and Jon really liked the song I sang, and we became good friends after that,” McPhee recalled.

McPhee was born and raised in the Bay Area, but currently resides in Lincoln. When asked if she has ever thought about moving to Nashville, McPhee replied, “I’ve never really been out of California other than to Nevada, so I don’t really know how it’s like in other places.”

McPhee continued, “I hear Texas is really nice, and Nashville seems to be kind of more corporate and it seems like everyone is going there. I really like the quiet countryside.”

From raiding her father’s music collection as a child to discussing the life lessons she learned from getting married at a young age, McPhee’s experiences flow naturally into the lyrics of a good old-fashioned country singer. 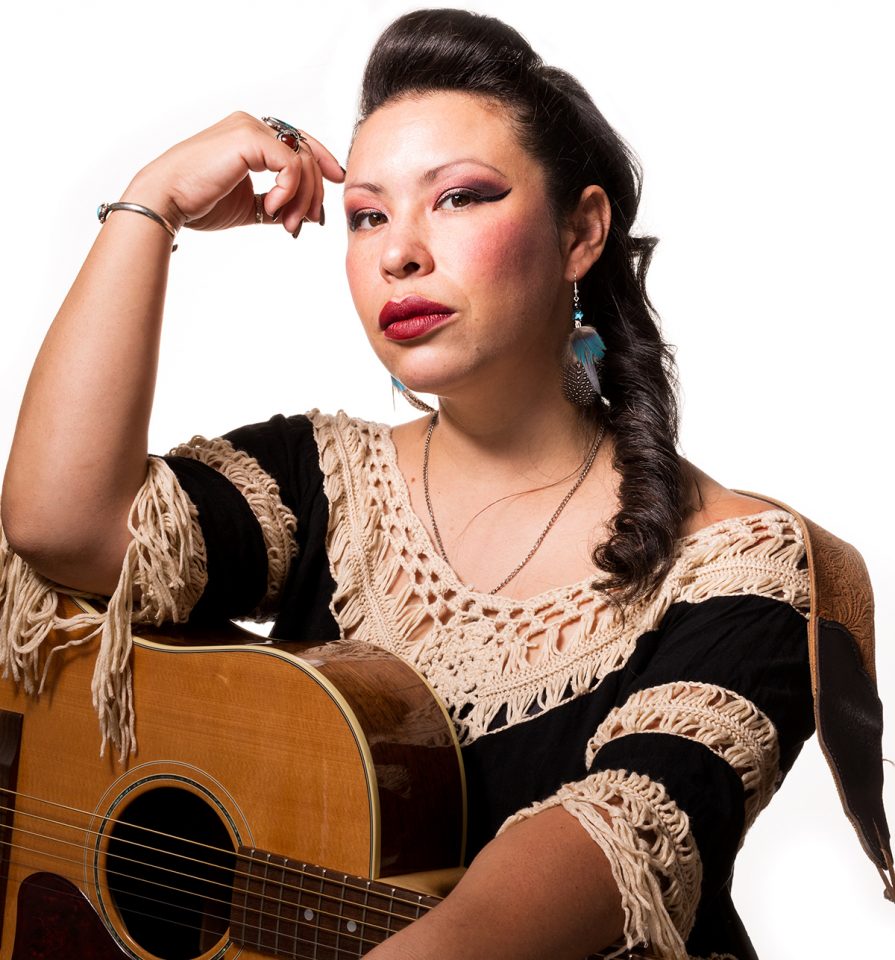 Where in the Bay Area did you grow up?
I was born in San Pablo, but I lived in Richmond, El Cerrito, San Pablo, Pinole. I lived in every one of those cities [laughs].

How did someone who grew up in the East Bay discover country music?
My dad was a big influence when it came to music. He listened to a lot of different things from Irish folk music to classic country. He really liked Hank Williams Sr., Jimmie Rodgers and Marty Robbins. So that’s the kind of music I grew up with and I love that stuff. I used to always steal his tapes. I’d see the Clancy Brothers or the Dubliners and I’d take those. So I started listening to that kind of music at a very young age.

How about your mom?
My mom is from Panama. She listened to a lot of salsa and stuff like that. I just did not go that way. My sisters all love that sort of thing, but I ended up sticking with country music.

I hear a bit of an edge to your music as well.
Yeah, I listen to a lot of stuff, I listen to punk rock, I love rockabilly and old soul. Sam Cooke was another big one that my dad always had around. I love that kind of stuff. It was very strange for me when I was younger because I didn’t listen to current music. I actually really hated it.

How did you start singing and playing music?
Well I’ve always loved music and when I was little I wanted to play the guitar really bad, I wanted guitar lessons and my mom was like, “I know somebody who gives piano lessons if you want to play piano.” I did try it once, but after that I was like, “No! I want to play guitar! I’m not playing anything now.”

How long was it until you picked up a guitar and started singing on a stage?
I started playing guitar when I came up here, when I was about 19 or 20. My friends had a band and I would go see them play. I loved watching them play and every once in a while they would let me up on stage and sing. It just struck something inside of me that said, “I really want to do this!”

I noticed your singing style is very diverse on Mean Mama. Who are some of your influences?
I’ve always loved Patsy Cline, I’ve always loved that she could belt it out, but Dolly Parton is my number one now. I can’t even listen to her music without crying. Dolly’s an inspiration not only in the way she sings, but in the music that she writes. I also love people like Ann Wilson, and Linda Ronstadt. I really like those big, powerhouse singers.

How did you select the songs that are on the album?
The songs for this album came together once I started thinking about a certain section of my life. This album represents a transitional part of my life. So you’ll hear a lot of songs about leaving, heartache and heartbreak. Even though there are other types of songs I have written, I wanted to tell the story of this section of my life.

So would you say this album represents your transition from being married to becoming an independent woman?
Yeah, that relationship and the person I used to be. It’s weird for me because when I was younger I was a certain way. I was a wild type of person. Not wild in the sense of partying, but wild in the sense of, “Don’t tell me what to do. I’m going to do what I want.” All of a sudden, I became complacent. So this album is about going back to being the strong person I used to be.

It sounds like you got married when you were young.
Yeah, I was 17. I was in high school and he was a little over three years older than me. At the time I wasn’t very social and he liked me. I just thought it was cool someone liked me … but when you’re 17 you don’t think about the important things in life. I was married for almost nine years, but it got to a point where I gave a lot. I’m the type of person that gives 100 percent and if you don’t get that back it crushes you inside. I just didn’t get back what I gave.

Do you think you would be making music if you were still married?
We wouldn’t be sitting here today, because I was told that it’s only a hobby. Music is something that means a lot to me. I love singing, I love writing and playing music. I have to do it.

Do you feel the process of making Mean Mama helped you close that chapter of your life?
That’s the thing that makes me happy about the process. It was about what I went through, where I’m at now and how I feel about it. I was able to get it out of my system. It’s not sitting in me, lingering inside anymore. I’ve gotten it out. I’m good. I can move on.

What would you like to be doing in a year or two from now?
I would like to be able to tour. I love writing songs for myself, but it’s really cool when somebody else can pick up on the lyrics and say, “That one song you wrote made me feel this certain way.” Having that connection is really cool. Also, to be able to get out there and go to different places and not just be in one little place. To tour around the country and see how it goes would be nice, even if it’s just one time. I would also like to put out another album. I have a whole album’s worth of songs in my head that I would like to get out there too.