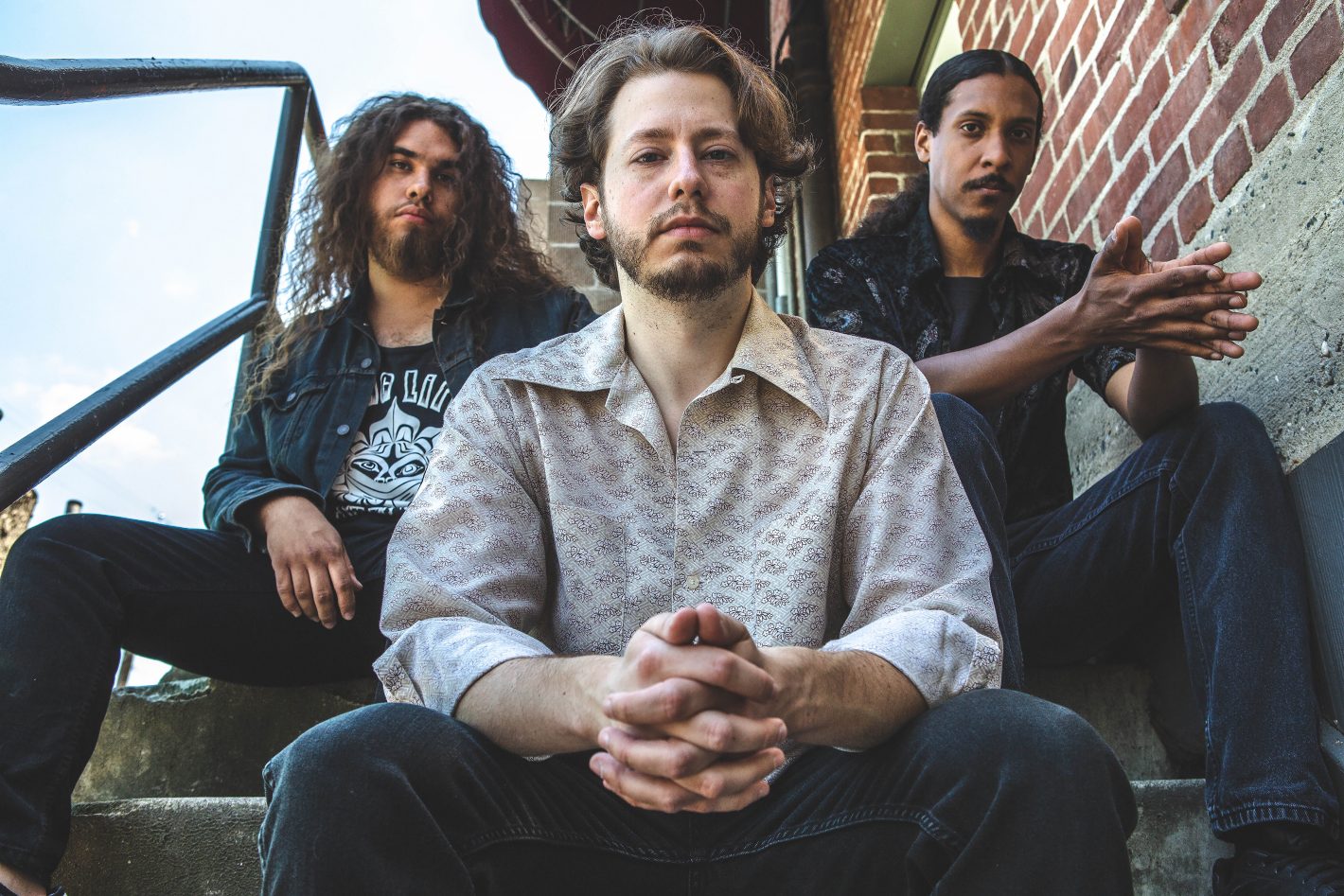 You can always tell when an artist has studied jazz, even if their current output is as far away from the genre as can be. Seminal punks Bad Brains’ tracks, for instance, are usually prime examples of that classic, hardcore sound. Every so often, though, they’ll end the tracks with a space-y jazz resolution (see: “Sailin’ On”), or just straight up go for a six-and-a-half-minute jazzed-up dub jam (“I Luv I Jah”).

The Mindful, a Sacramento experimental-rock outfit headed by guitarist and vocalist Brett Vaughn, drummer Alan Gamboa and bassist Dom Salazar-Turner, is similar. Vaughn, who composes for the band, studied guitar performance and jazz big-band arranging at the prestigious Berklee College of Music. This expertise shows in his band’s music, which combines a broad blend of different genres with longform experimental composition and improvisational breaks.

Until late last year, the only way to hear the band’s stuff was to attend a live show. They’ve been gigging around the Northern California area since 2016 but haven’t put out any recordings aside from one single, “Mercury Hours,” which was released on their Bandcamp page in 2018. Don’t be disappointed, though. As with most of their songs, the track is a long one—in this instance, it’s an impeccably produced 13-minute math-rock odyssey with multiple tone/rhythm changes and a six-minute solo section at the tail end of the track.

Now, after a successful Kickstarter campaign, The Mindful is releasing their debut album, Full Blown Gallery, which will feature some of Vaughn’s older compositions from his college days. Accordingly, the record includes a wide range of genres, from the country-western “Cowboys and Indica,” to the funk and soul-inspired “Starting Something.” The result is an eclectic mix of music that is both strange (I mean, whoever heard of an eight-and-a-half-minute experimental country song), and, in cases like the jazzy, ambient groove of “Sea of Stars,” highly listenable.

Read below for our interview with Vaughn and Salazar-Turner, as they talk shop about their new album and the releases to come.

So how did you wind up back in Sacramento after graduating from Berklee?
Brett Vaughn: I walked in 2014, and the whole time I was in Boston, I never planned on staying there. I wasn’t getting the kinds of bands or gig opportunities I wanted, so I came back home just for a summer to chill out, relax and take a break. Here, I just started getting more gigs—they were cover bands, but the pay was good. It was a good learning opportunity in terms of the business, but artistically, I was dying. So pretty soon, I left and started The Mindful.

When you were first putting the band together, were you looking for people who were jazz theory guys?
BV: Well, when I came back [from Berklee], I had just been studying jazz super hard in this academic world, so I wanted to make sure that the people I was playing with had those skills, and that we could all speak on that same level. There’s been three iterations of the band; the first one, which was with some guys from cover bands I was playing with, then the next one with our current drummer [Gamboa] in it, and then we got Dom into the fold a little over a year ago.

Dom, you also studied jazz as well?
Dom Salazar-Turner: Yes, I studied composition in college, but played with the jazz band there at [American River College] and took theory and improv classes. I took that knowledge and applied that to rock when I started playing stuff like Grateful Dead music, and that’s kinda how I met Brett.

In playing experimental rock music, do you find your jazz background to be very helpful?
DST: Oh absolutely. I remember years ago, I was asked by my dad and brother, “What is jazz?” And I didn’t have an answer then, but now I can safely say that jazz is simply having a conversation with your instrument, with music. Just like we’re having a conversation now, you have to understand not only the syntax of how the different sounds are put together but how it’s going to come across—jazz teaches you those skills. That’s what we try to apply to rock.

You say the “point” of the mindful is “to provide a springboard for personal reflection.” How does the way you tackle making music reflect that?
BV: Well, from a lyrical standpoint, I liked lyrics that are specific but vague in a way to where you can listen to it and you’re in a certain mood and it means one thing to you and then the next day you’re in a different mood and it means something else. Also, we have a lot of improvisation in our music. We have a lot of exploration and when you’re experiencing that from the audience’s standpoint, you’re thinking a lot and you’re reacting a lot. And so that creates, I think, a self-reflective experience.
DST: That’s exactly it; there’s the foundation of the music, but then we launch into these improvisational sections where it’s a different experience every time. So that’s exactly like we’re [the audience and band] being sprung into this different thing.

How did Full Blown Gallery come about as a debut album? It includes a lot of older material.
BV: I’m planning on releasing all of our music chronologically. I write music in phases, and these songs belong to the “first phase.” Four out of five of the songs were written back in 2013. There is a lot more kind of classic styles and there’s more of a folk and Americana influence than really anything that I’ve written since. I even considered abandoning some of that stuff, but I felt like this material was owed some representation.

If you’ve moved past these styles, how have you evolved since then?
BV: That older stuff on Full Blown Gallery, it was more of a funky sound—and I still dig funky stuff, but I feel like there’s a lot of it out there. What you’ll find on the next album, for example, is that it’s darker. It’s gonna be weirder, more colorful and instrumental.

Any idea of when that’s going to come out?
BV: Well, the songs are already done. We may play that album at the release show, too. So, as soon as humanly possible [laughs]. I’m hoping for the last chunk of 2020.

What are your favorite songs off the new album?
BV: I think I’m maybe most impressed with “Sea of Stars,” the third track. I liked the vocal harmonies that are in there, and the recording, the tones and the mood that we captured was probably like the closest to the way I hear it in my mind.
DST: I like to improvise—just noodle on my instrument. Because of that, it’s “Slumpelstiltskin,” because we recorded that one live. There was some overdubbing, but really just a little over what we kept. So that one really keeps the live, improvisational spirit of our shows alive.

What can we expect from you in the future?
BV: You can expect our sound to go from this really broad, eclectic thing and consolidate and become more focused. We’re going to get rid of some of the extraneous stuff, and it’s going to be more focused and more intense. I’ve been getting into some stuff I used to listen to back when I was young—Randy Rhoades-era Ozzy stuff, and even death metal, like Morbid Angel and Death. I can really see the potential of that heavy sound, but filtered through our style and our jazz sensibilities.

Find out about The Mindful’s upcoming shows and download their new album at Themindfulband.com.