One Man’s Cruel and Unusual is Another Man’s Pleasure 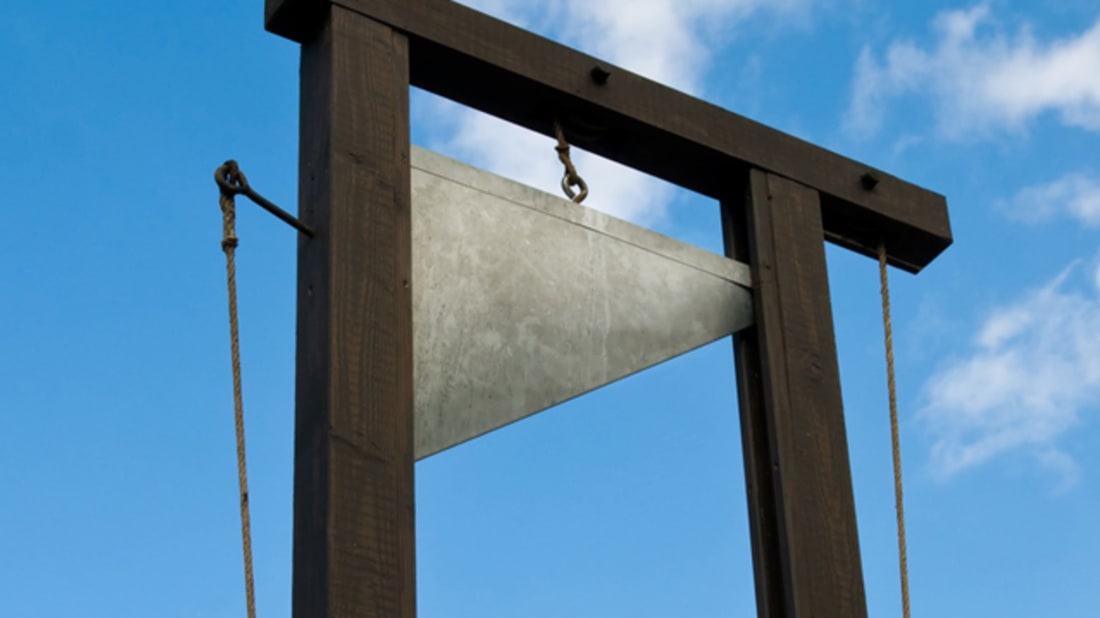 Did you know the entire planet recently fell into a black hole and traveled through a time warp? When I went to sleep, it was 2019, but by the next morning, I realized that I had actually traveled back hundreds of years. My day started out normally enough; I woke up, popped open the internets and read the news. That’s when an article flashed across my screen saying that the state of Alabama had passed a law that required chemical castration of people convicted of sex acts with children under the age of 13.

Now, I am no supporter of sex with kids, but it seems like removing a person’s libido after they’ve already served a prison sentence is going a little too far. I guess I can’t say I’m surprised; politicians love jumping over each other with tough-on-crime bills that mostly keep the same people trapped in the prison system for their entire lives instead of figuring out a way to help them get on the right path. That happens because the justice system in this country doesn’t care about convicts or the prisons they put them in.

These prisoners aren’t human to the people running the prisons. Just look at what’s happened with the lethal injection death penalty in some states. In case you haven’t heard, none of the pharmaceutical companies want to supply the drugs that prisons previously used for executions. After that, they tried to get the old drugs from other people like a bunch of junkies. When that well dried up, they went to using whatever drugs they could put together to make it happen. Who cared if it took an inordinate amount of time to kill a few people or that they visibly suffered during the process? The prison wardens made excuses and kept on trucking.

If we are going to be so callous with human lives, why stop there? There are all sorts of Byzantine and formidable ways to torture and kill people to teach them a lesson that they can keep in their heads all the way until those heads are lopped off and put on the end of a pole. Death by guillotine proved to be a head-popping good time for the folks in the Dark Ages; why would it be any different for us? Game of Thrones has been such a big part of our lives that heads on spikes wouldn’t seem so out of place, either, especially with President Trump in the White House. I’m honestly a little surprised it hasn’t happened already.

What if the guillotine is too fast for today’s bloodthirsty mobs? Some people need to see the gore and violence of it all to make the punishment seem righteous. They want to see criminals torn to shreds, and to do that, we are going to need to get biblical. What I’m saying is: We need some lions.

We’ve been forcing our lions to live in zoos, survive off scraps in the Serengeti and pose for stills at the MGM studios for too long. We should have been letting them eat those of us whom politicians, judges and prison wardens no longer deem worthy of living. It can’t be much worse than being paralyzed but awake while you suffocate to death in a room surrounded by everyone who hates you.

If death by lion sounds a little too biblical, maybe we can jump forward in time a bit and borrow some of the devices made popular by our ancestors in the Middle Ages. The iron maiden could be a much better way to kill people that we don’t want anymore. An iron maiden is a big iron cabinet shaped like a human that is lined with spikes inside. The bad man or woman is placed inside the coffin and the spike-covered door is closed on them. It sounds pretty painful, but since it doesn’t have a scary animal or the slow death of a lethal injection, maybe the iron maiden should be reserved for lesser crimes like shoplifting. That will teach these kids that stealing candy is no laughing matter!

The sky could be the limit. I mean that in a literal sense. If we want to come up with other cruel and unusual ways to kill, maim or permanently injure our prisoners, then let’s just start dropping them from hot air balloons. We could put GoPro cameras on their heads and sell the footage to YouTube. Those guys will let you put up almost anything.

It sounds preposterous, but I’m sure the powers that be would eventually come up with something even worse if given the opportunity to do so. In their bid to stay tough on crime, many politicians are losing sight of the fact that, while these people are or were criminals, they are still people. Let’s remind the folks in charge of that before it’s too late. When we mistreat ex-cons and prisoners, we aren’t exactly setting a good example for them to follow. What kind of justice is that?