Coast to Coast • After a Cold Winter’s Work in Brooklyn, Stefan Janoski Brings His Art Back Home 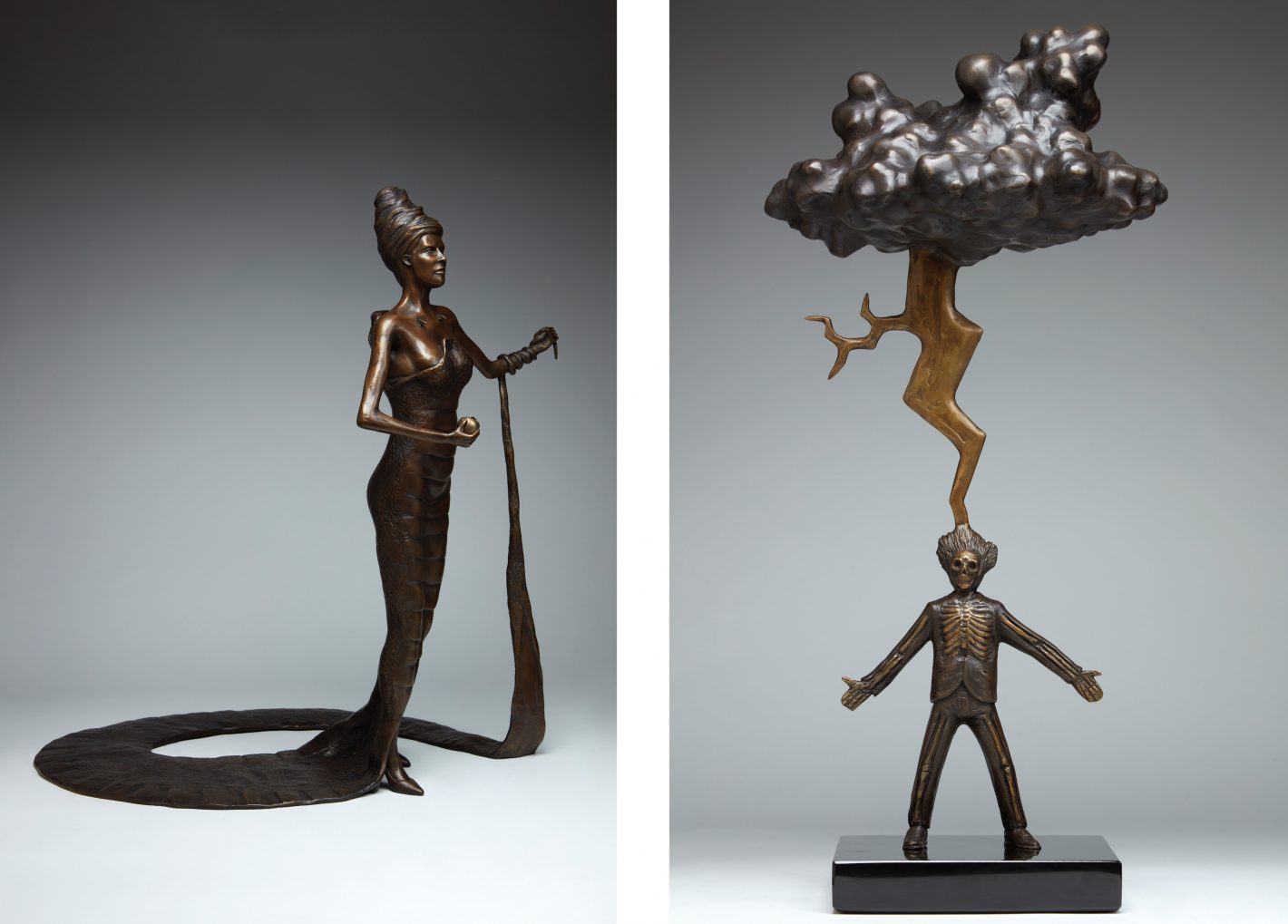 The symbiotic relationship between skateboarding and the arts formed almost from the sport’s onset—the street culture that skating emerged from was one of such complete freedom of creativity that it was inevitable that art would eventually permeate every pore of the industry. The skill and dedication necessary for both are just as indistinguishable, from the tireless hours spent landing and perfecting a trick, to the focus, patience and imagination it takes to erect a piece of artwork, both disciplines seemed destined to unite.

For Stefan Janoski, a local legend of sorts who honed his prowess on the board on the streets of Sacramento with the likes of Brandon Biebel and Omar Salazar, these worlds collided decades ago, too. A professional skateboarder known for his effortless, laid-back approach to some of the gnarliest tricks in the book, Janoski has been painting and sculpting since before he landed his big shoe contract with Nike and launched his eponymous sneaker line in 2004.

Thanks to the skate culture’s voracious appetite for celebrity sneakers, and a solid deal with a titan shoe company, Janoski’s able to work on his artistic endeavors without having to rely on the local soup kitchen for sustenance.

Local skate fiends and art collectors unfamiliar with the professional skateboarder’s artistic portfolio are in for a treat when Janoski unveils his new body of work, titled Nightmares of Normality, on Nov. 3 at Beatnik Studios in Midtown Sacramento. For Janoski, bringing this show to Beatnik is a homecoming of sorts—it’s only after departing Sacramento for Brooklyn, New York, in the early 2000s that he really began to focus on his artistic yearnings. Seeking refuge from the bitterly cold East Coast winters, Janoski hunkered down and reemerged with a prolific collection of work that many of his family and friends in Sacramento haven’t been privy to until now. 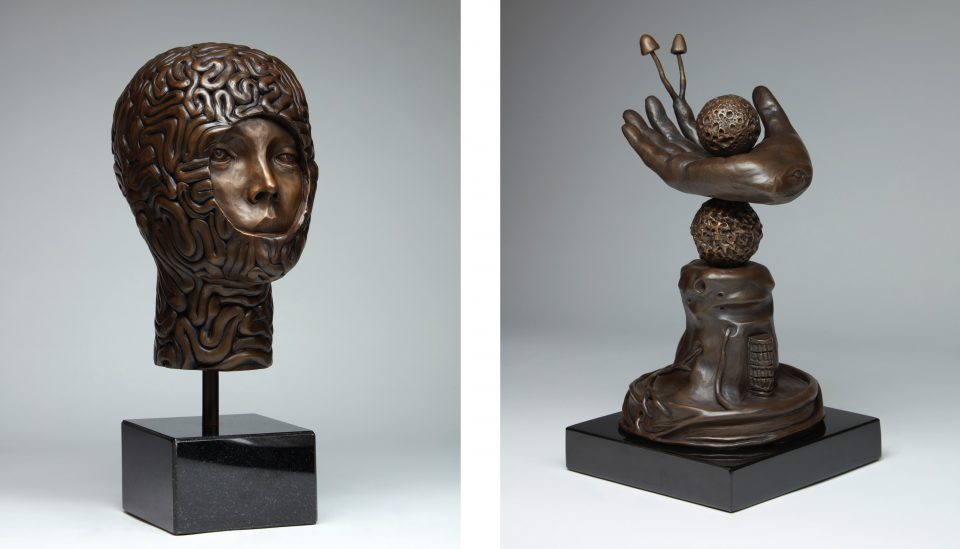 The bulk of the work in the upcoming show is from those prolific days in his Brooklyn warehouse—a space so massive in scale that the work born from its brick confines reflects the enormity of the space in which they were created.

“You know in New York the winters are very cold, so it’s a great place to do art if you want to stay inside for months,” he says with a chuckle. “I was going on [tour] at the same time, but when I was there I would just be in the house making stuff. I started trying to make, like, really tall papier-mache guys, but that didn’t really turn out, so then I just started hanging huge canvases on the walls and just painting. I just had all of these funny little ideas and I thought they’d be even funnier if they were big.”

Janoski’s work is a menagerie of mediums, scales and techniques. He comfortably shifts gears from the skatepark to the music room—yes, he even finds time to write and play music—to the easel. But it’s the solitary nature of his work that fuels the creative process and breathes life into his creations—introspection, rather than inspiration serves as its catalyst.

“A lot of it’s what’s going on in my head, [and] of course reflective of what’s going on around me,” he explains. “I mostly just either think of something that I’ve never seen that I would love to see, or I have [a specific] idea or sometimes I make stuff for no real reason and then it ends up going together with something else. There’s lots of different ways my pieces emerge.”

With exhibitions in New York, London and Hong Kong, it’s only fitting that Janoski bring his work back home to share with those who have supported both his skating career and creative endeavors since way back in the day, especially with a body of work that shows the evolution of his mediums from sketches to painting to sculpture. 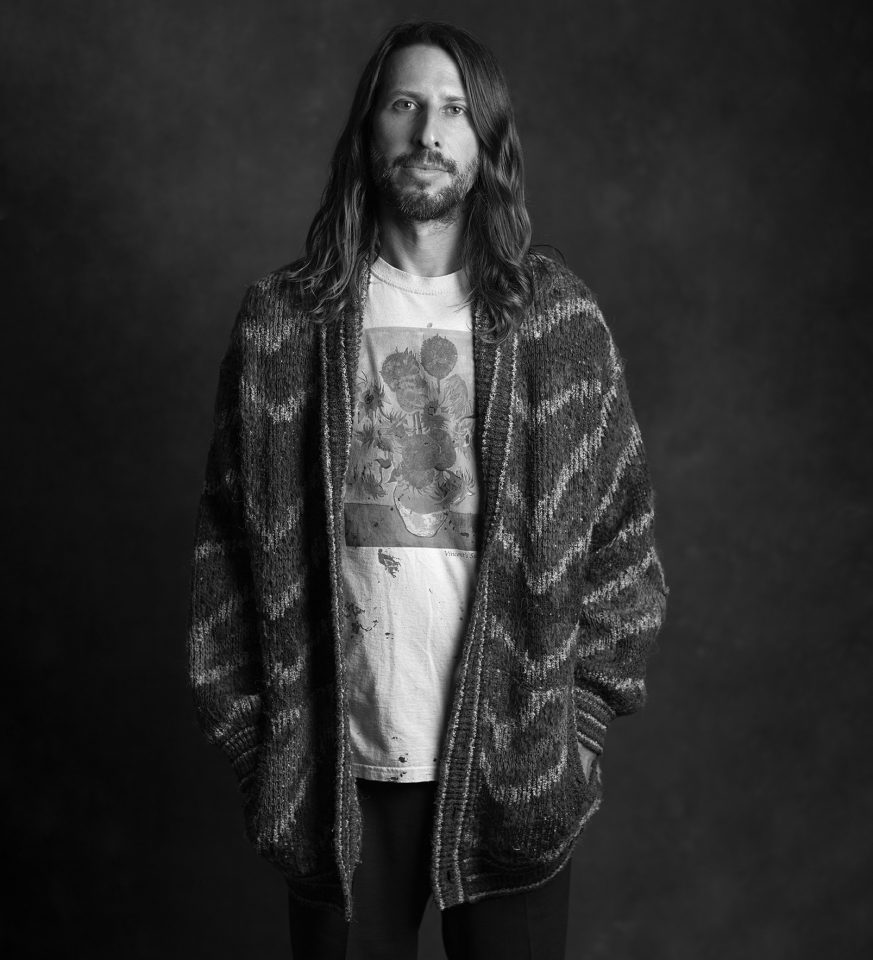 “I had always sculpted, but not very much. I was always much more into paintings and stuff, and then I just had these ideas that I thought would be better as sculptures,” Janoski says. “When I made them, I was like, ‘I’m going to cast them in bronze and do the whole thing.’ Once I did that I loved it. Then all of my ideas became three-dimensional after that. I didn’t even have painting ideas any more. That’s all I’ve been doing for years. I mean, I still do the paintings and drawings and everything else, but mostly when I’m going out to the art room I just sit there and sculpt.”

From the expansive canvases that were born out of the frenetic energy of New York, to his growth in the sculptural arts, Nightmares of Normality will feature work that moves from his commentary on family, to more abstract themes dealing with religion.

“I just learned through trial and error. At first my armatures were not sturdy,” he admits. “I made the sculptures and then had to drive them to the foundry in Queens, and I’d be in the car holding this sculpture that’s wobbling around. The roads in New York have the biggest potholes, so the whole drive me and my wife would be hectically trying to get there without ruining the whole thing. It’s pretty funny, but now I’ve gotten a lot better, so they’re pretty sturdy.”

The upcoming show will showcase seven or eight of the expansive pieces made within the frigid confines of his Brooklyn warehouse as well as a collection of bronze sculptures ranging in size from miniature to colossal. Nightmares of Normality will also feature the work of skateboarder-turned-artist Joe Castrucci, who collaborated with Janoski on several pieces. Castrucci also happens to be of the owners of a skate company that sponsors the skater-cum-artist. 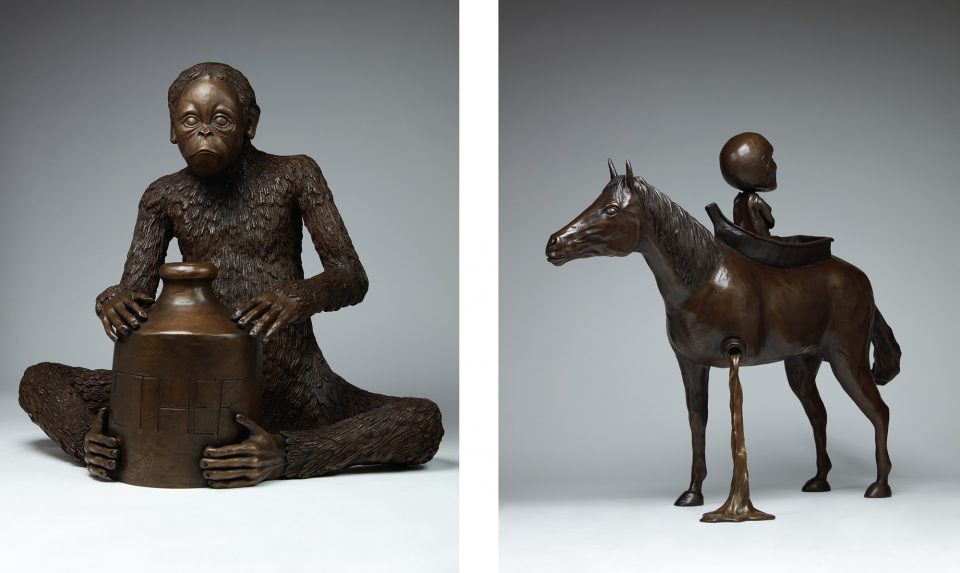 “It’s actually going to be a lot of art, and then Joe Castrucci, who is the owner and the artist behind Habitat Skateboards, made graphics of my sculptures,” Janoski explains. “The art he did for the show is actually based on my art, so there’s going to be skateboards with his graphic interpretation of my sculptures, which is pretty cool.”

Setting up the show was a concerted effort between Janoski, Wes Davis of Beatnik and Castrucci. After all, Janoski currently resides in Los Angeles with his wife, so collaboration was an elemental component of bringing his work back to his native haunts. After delays in coordinating the effort, Janoski credits the team for finally enabling him to bring the work he has amassed during his time away from home.

“I was going to do an art show out here [earlier] but it fell through, so I was talking to Wes, who is my old friend, and [as] we started planning this show, I said, ‘Hey, I have all these paintings and all of these sculptures I did out in L.A. as well,’ so we just figured, like, ‘Hey, let’s just put it all in there.’”

Concepts can get heavy when you talk about art, especially when you’re dealing with the size of bronzed sculptures. But bringing a sense of levity to the work is an important component of the creative process for Janoski.

“I like to have a good sense of humor,” he admits. “I like to take things that are considered serious but show them in a way that shows they’re not serious if you [really] think about it.”

The opening reception for Stefan Janoski’s Nightmares of Normality will take place at Beatnik Studios (723 S St., Sacramento) on Nov. 3, 2017, from 6–9 p.m. For more info, go to Facebook.com/beatnikstudiossacramento or Beatnik-studios.com. The exhibit will be on display until Nov. 22.