One of Sacramento’s Tightest New-ish Bands, Little Tents, Are Playing Their Final Show Ever on Sept. 9, 2016 at Blue Lamp 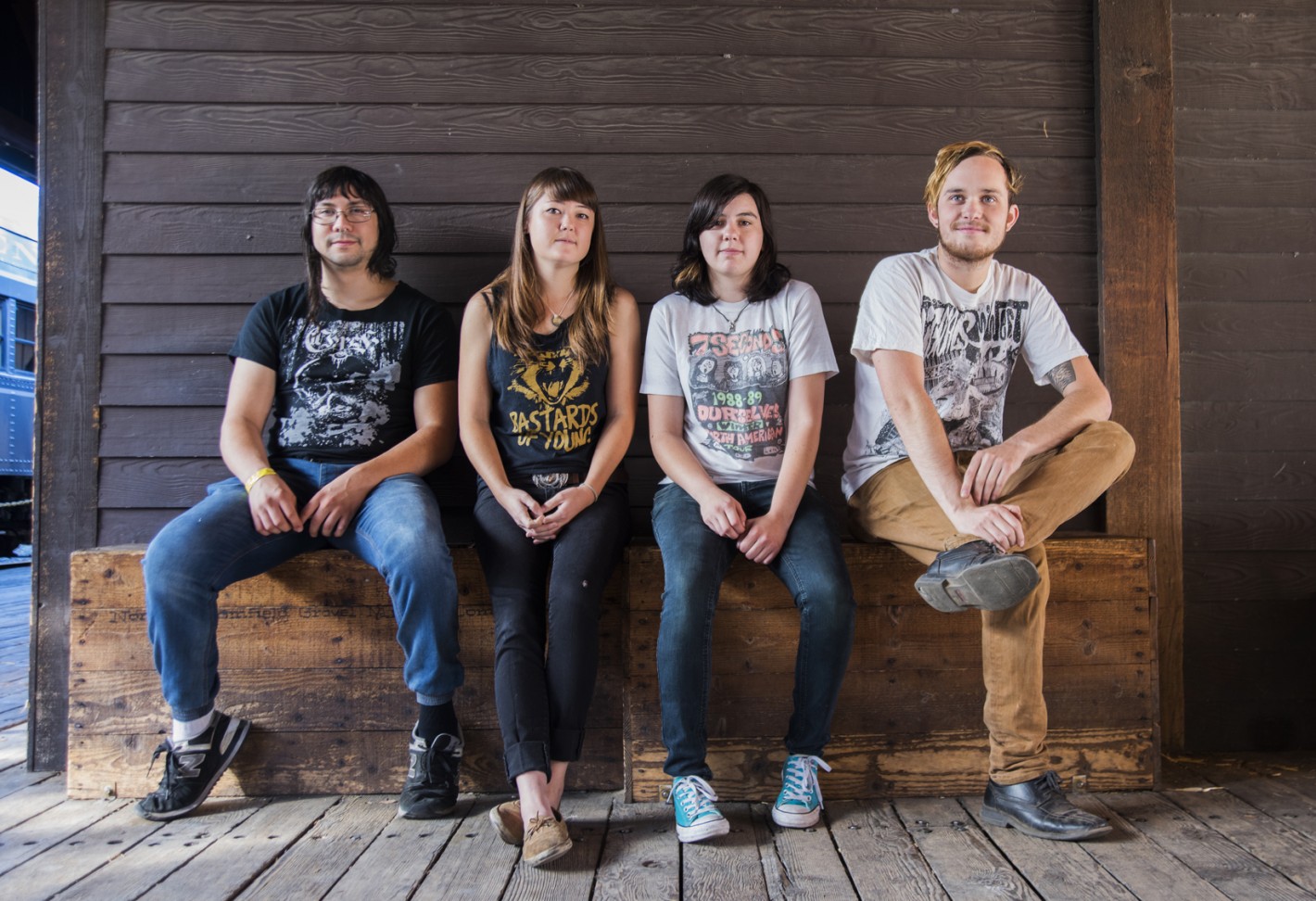 Just as we were starting to really fall in love with them, it looks like Sacramento pop-punk band Little Tents is already hanging it up. Guitarist/co-vocalist Lys Mayo (second from left in the photo above) — who plays in other bands like Dead Dads and is really a big part of the local punk scene is unfortunately moving away from Sacramento at the end of September, but luckily for all of us, Little Tents has one last show on Sept. 9 at Blue Lamp with Success from Seattle, Broadway Calls from Portland and locals Bastards of Young. In just around two short years of being a band, Little Tents not only landed a cover of Submerge, but their seven-song debut Fun Colors also found its way onto our “Top Albums of 2015” list (at number four no less!). They were also nominated for two SAMMIES awards, earned a highly coveted slot on this year’s Concerts in the Park lineup opening for Authority Zero and Another Damn Disappointment, and they even made some waves outside of our little Sac bubble by getting on the San Francisco-based indie music blog Thebaybridged.com’s “10 Sacramento Bands to Keep Your Eyes On” list. I was going to try to describe Little Tents’ sound, but I’ll just let Submerge contributor Josh Fernandez do it for me: “Little Tents is pop punk in the way Jawbreaker was pop punk—melodically interesting, catchy, lyrically expressive, yet just hard enough to make your conservative uncle say, ‘What the fuck is this shit?’” I fucking love that description. Anywho, if you personally know Lys or not (I actually don’t, I’m just a fan of all her work) the Sept. 9 show at Blue Lamp would be a good one to come out to. It kicks off at 8 p.m., it’s 21-and-over only and tickets are available for just $10 in advance at Punchandpiefest.com. Learn more about Little Tents at Facebook.com/littletents916 and listen to their super rad album at Littletents.bandcamp.com. Best of luck Lys, thanks for all the sweet tunes!