The Bonds That Break: Who Cares Bids Farewell to the Past and Looks Toward the Future 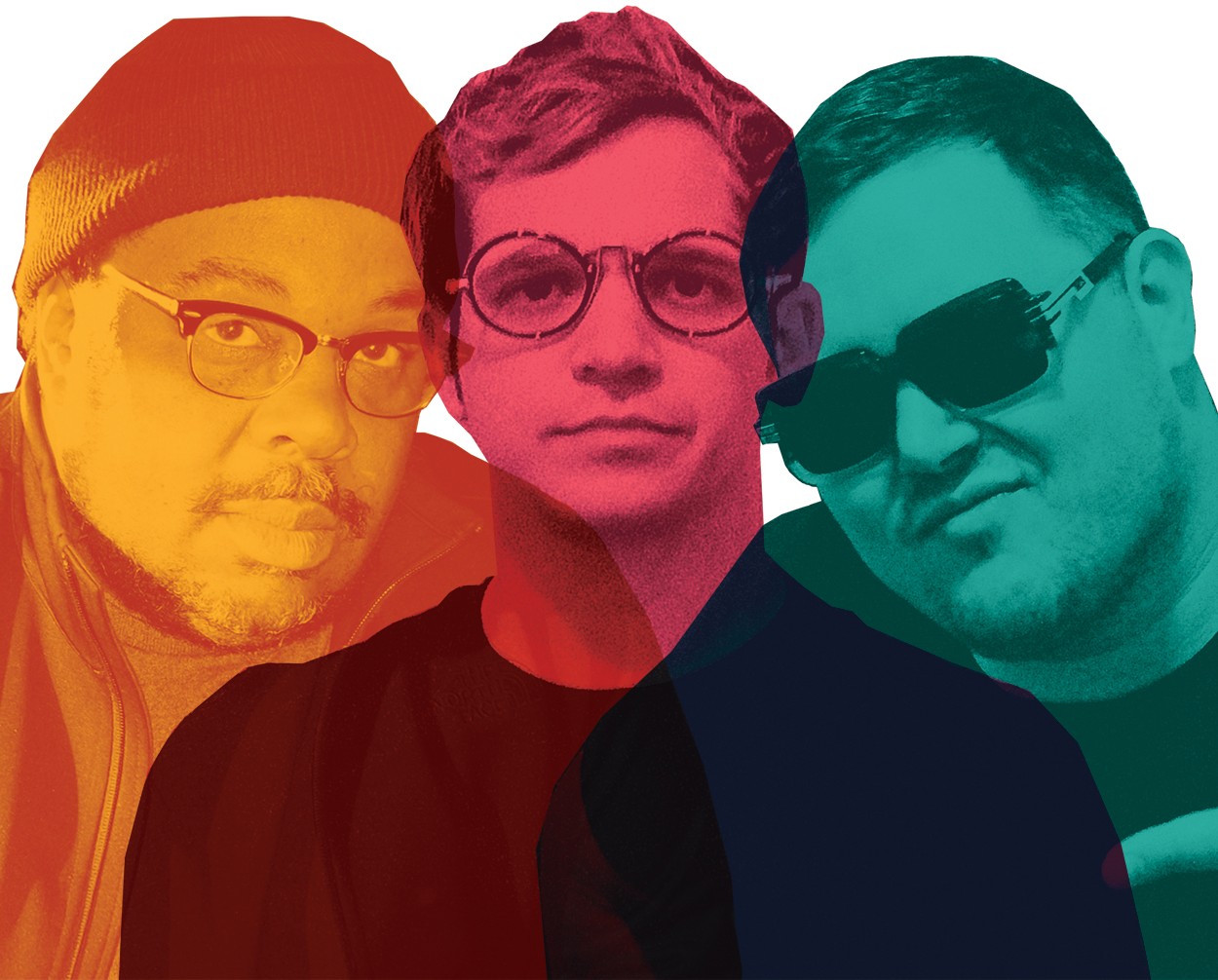 The name suggests apathy, but as artists Who Cares put their lives on the line to be one of best hip-hop groups in Sacramento. Originally formed by Ernie Upton, aka Ernie Fresh, and Maxwell McMaster on production, Who Cares is the perpetual opener of rap shows. The self-anointed second-place finishers. And after the group’s Concert in the Park performance June 17, 2016, the band formerly known as Who Cares. Founding member Upton calls it their “big coup de grâce.”

“If we’re really trying to save each other’s lives with the music and it’s more a negative chore then I didn’t want to keep pushing that on anybody,” Upton says of the break-up. “Slowly it just broke apart.”

The news came up unexpectedly during an interview with Upton and current member Andrew “Young Aundee” Southard. The plan was to discuss the Juvenile Hall EP, a record sent to me weeks prior. But the information trickled out. The EP has been shelved, no longer the farewell album as planned. We drive for nearly two hours, discussing as much as we can. It feels vital to start at the beginning.

Upton traces Who Cares’ formation to 2002. He was on the mic with Max McMasters behind the boards. A year later they cut a record, a CD-R release they handmade with cut/paste album art to peddle at shows. The Who Cares sound reflects the era of backpack rap, bound to the history and four elements (MCing, DJing, breaking and graffiti) while finding a new footing in the suburbs through artists like Atmosphere and Company Flow. 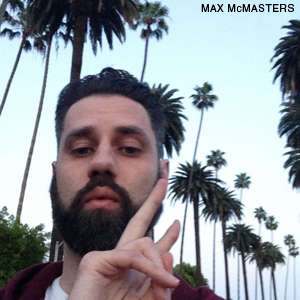 Upton is a graffiti artist and wired to think visually. As Who Cares becomes a bigger part of his life he envisions a character that could be the group’s calling card. An image that embodies the nostalgia, teenage heartbreak and latchkey kid mentality that courses through the music. He saw a teddy bear with its mouth sewn shut.

“I was trying to knock off some old Teddy Ruxpin, cute character gone bad,” he says. “The first one I did, it didn’t look sad. It looked all cracked out. I put Who Cares on it and turned it in. People liked it.”

Upton commits to the bear during a graffiti mission with friends at an abandoned winery in Napa. He stops writing his graffiti name and draws the bear instead, this time making it cuter.

So the group slaps the bear on album covers, T-shirts, posters and stickers. Upton fondly recalls falsifying orders to Kinkos in order to make 5000 stickers for around $3. DIY isn’t always the most ethical path. 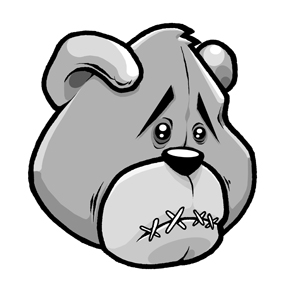 “People know the propaganda even if they don’t know the music,” Andrew Southard says.

Southard becomes a Who Cares fan in 2005 at the Heritage Festival at Raley Field, drawn to the group’s live performances and aesthetic. He remembers the exact moment.

“Ernie knew me and would always say my name on the mic,” Southard says. “It made me feel hella good.” 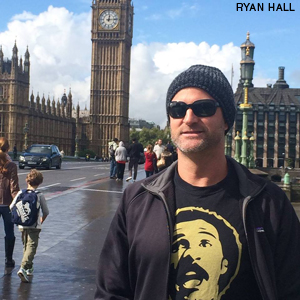 Southard joins Who Cares during an evolution in the group. At that time, it consists of Upton and McMaster with Ryan Hall on keys and Jammal Tarkington on saxophone. Southard adds an R&B vocalism and melodica, slowly becoming a more prominent member.

In 2006, Who Cares releases The Winter Came Back EP. The six-song cycle demonstrates the group’s growth, as tracks like “The Rain Song” and “Heaven Ain’t That Hard” weep with gut-wrenching saxophone solos and groove with live bass. It’s the sound of dexterity beyond their years, which Upton credits to Tarkington’s input.

“I’d probably still be on some nerdy backpack shit if I hadn’t become friends with him,” he says. 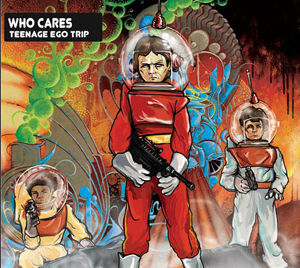 By 2010’s Teenage Ego Trip, the official debut, Who Cares evolves to a core three: Tarkington, Southard and Upton, while Dusty Brown is the silent partner and executive producer. In my review for Submerge that year, I call it a breakthrough that resolves the group’s identity crisis of electro versus emo rap.

The album is a long-time coming, but by its arrival, fans are aging out of Who Cares.

Southard says, “that DIY ethic was dying out.”

Southard considers his first show Aug. 4, 2006, a night the group unanimously remembers as their best show ever.

“It was a full on Beat Street slamdown,” Southard says. “It was at the Mezzanine in San Francisco. It was Who Cares, Egyptian Lover, and Nucleus.” 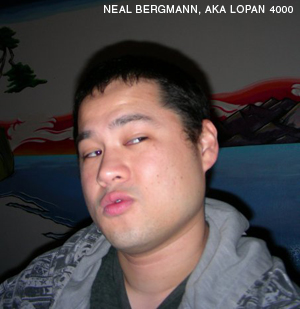 Who Cares has always had a strong relationship with Sacramento artist Neal Bergmann, aka Lopan 4000. Southard and Upton describe Lopan as a true hip-hop head, perpetually stuck in ‘88. His connections lead to Who Cares opening for hip-hop and electro legends Egyptian Lover and Nucleus.

“Lopan made one of those life-size posters parodying the Beat Street poster with all our names in it,” Southard recalls. “I was at the free Chromeo show [at Mezzanine] a week prior to our show and saw it there. I felt super proud like that’s going to be my first fucking show.” 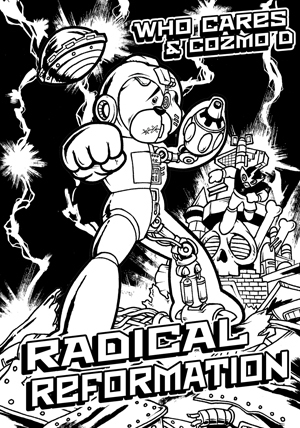 Upton says that night was the first time he felt like they were doing something, rather than just trying. After brief concern over possible hyperventilation, he falls into the moment on stage.

“I looked up and Cosmo D [of Nucleus] and his wife were sitting in the balcony,” he says. “They gave us a toast. That was before we were friends, but I still idolized him and Chilly B [also of Nucleus].” 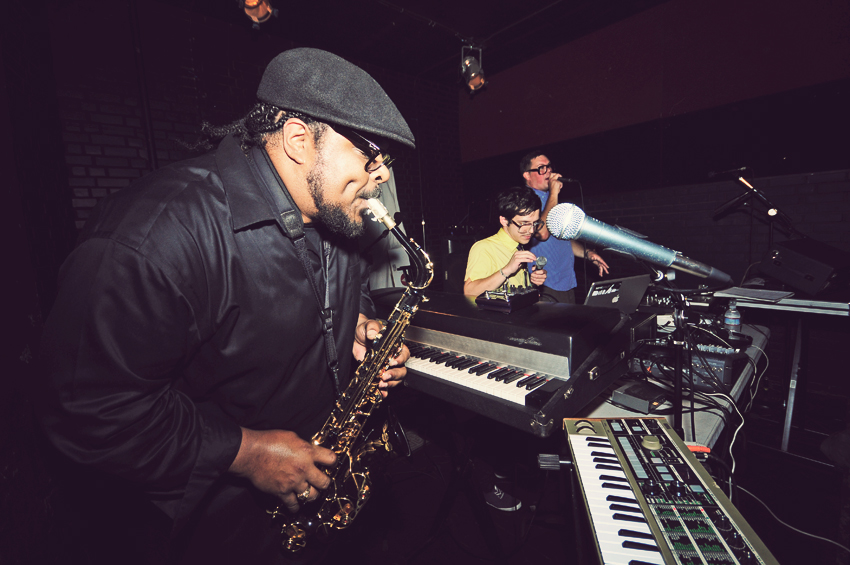 Who Cares is playing TBD Fest 2014, but the night before, Upton is in Reno for a DJ set. He speaks with Tarkington, who lives there now. Tarkington has to put oil in his Vespa, then he plans to meet Upton at the venue to hang out.

Except he never does.

“I was like damn this oil change is taking three hours,” Upton says. “Then the owner was like, ‘Did you hear about Jammal?’”

Tarkington is T-boned on his Vespa by a drunk driver in a pick-up truck who runs a red light.

Southard says, “We thought he was going to end up way worse off than he ended up being.”

Upton adds, “He’s not the same saxophone player. It took a toll on his music.”

It takes a toll on the group, too. Uncertain if Tarkington will ever play again, things are put on hiatus. It’s tragedy in a bouquet of dead flowers for Who Cares.

Upton and Southard have been uncertain of the state of Who Cares for years. The two continue making music under the moniker, complete an EP titled Juvenile Hall with guest appearances from Murs and Cosmo D, but things still fall apart.

“I used to walk through everyday with music blowing through my brain like I was in a cartoon musical,” Upton says. “Now, the sound in my head is me complaining shit as I walk.”

Eventually Dusty Brown makes the executive decision. Sensing the apathy, he asks if Upton and Southard want to push other things. Asks if they wanted to drop the pretense and be free. But they can’t let go.

Upton turns down opportunities due to obligations to Who Cares. Requests for guest appearances and solo work are ignored in favor of pushing the group. Who Cares is the family. You can’t break up with your family.

Southard tells a story of meeting a hippy couple after a show at the Knitting Factory, who encourage them. “They said, you guys can’t quit until the miracle happens, whatever that means for you.” 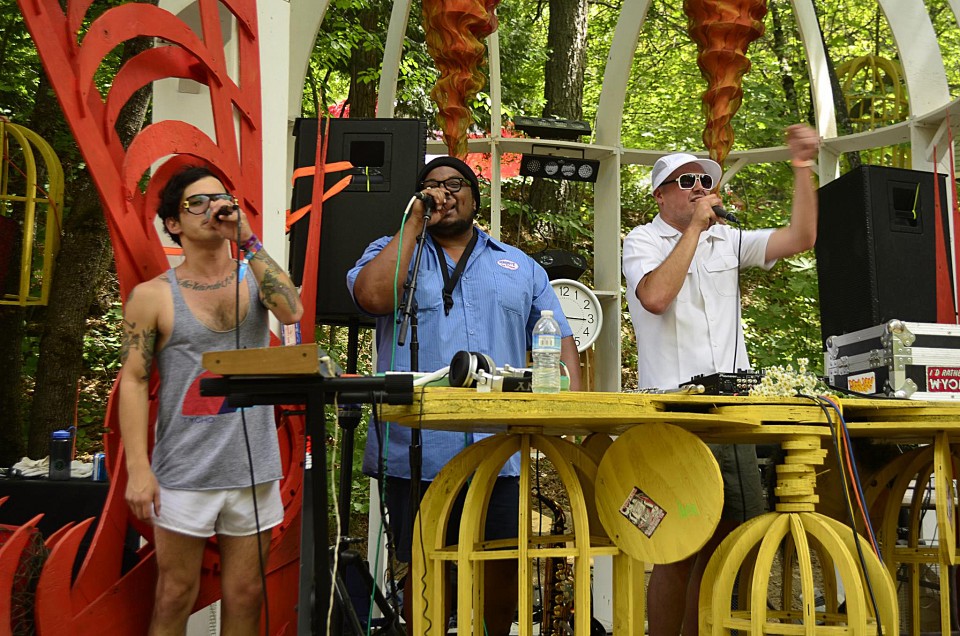 Redefinition, aka “Heaven Ain’t That Hard”

On April 7, 2016 DJ Shadow announces his new album, The Mountain Will Fall, on Pitchfork. The article features an interview with Josh Davis, aka DJ Shadow. Near the bottom in the tracklisting is a familiar name: Ernie Fresh. 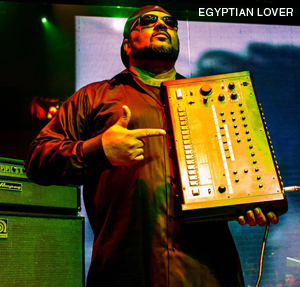 The collaboration with DJ Shadow comes together through a session with Egyptian Lover in Los Angeles. Upton and Southard bring friend and collaborator Mophono to the session. The four artists record a few songs, one of which is played in a Boiler Room set by Mophono. By chance DJ Shadow hears it and inquires about the rapper with the old school flow. He’s got a track perfect for Ernie. 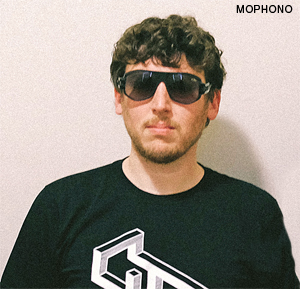 Suddenly Upton is called to Mophono’s studio to work with Shadow. “To me, Josh Davis was in another galaxy,” Upton says. “My whole life was about emulating him. I was perfectly happy with being the best wannabe. I always thought his music was so good that rap would make it worse.”

Thinking of the hippy couple, Southard says, “I guess the DJ Shadow thing is [the miracle], but it’s not the form I expected.” 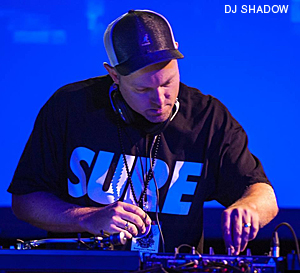 Being on a DJ Shadow record changes your perspective. Upton says he has difficulty disagreeing with Dusty Brown. He’s gone from the guy in the group going nowhere and stuck opening for his idols to having friends named Mophono, Egyptian Lover, Cosmo D and DJ Shadow.

“It’s reinforced the dream I’ve always wanted as a kid growing up,” he says. “It just fell in my lap, and now I have to let go of the past. It’s hard for a guy who made his whole rap career out of dwelling on the past.”

Eulogy, aka “Show Me Some Change”

Perhaps the ending was written in 2010 and the group couldn’t see it. Listening to Young Aundee’s haunting refrain of “I’m not trying to let anyone down” on “Show Me Some Change” foreshadows the Who Cares of 2016. On it, Upton is brooding, disillusioned and willing to step away in order to keep matters civil: You give it all to keep the ones that you love close / especially when the ones you love turn into a ghost.

The official end of Who Cares is a way to let those ghosts rest. Upton and Southard have a close bond that’s feeding into new music. New music like “Radical Reformation” featuring Cosmo D that channels the same punk and electro spirit of Afrika Bambaata’s Time Zone project. They credit their mutual love of anime as influential on the new direction. Upton’s pursuing more solo work and Southard says he’s down to be his “Nate Dogg.”

“It’s about looking in the mirror and asking, ‘Were you doing this in the hopes of being a somebody?’” Upton says. “Or is this just you? Then, you realize you’d do this every day no matter who’s fucking watching.”

He pauses, then adds, “I hope it stays that way forever now. That would be the reward.”

Who Cares will play its final show (at least for now) at Concerts in the Park on June 17, 2016. Also performing will be Vokab Kompany, The Good Samaritans, The Scratch Outs and CrookOne. Presented by Bud Light, Concerts in the Park take place every Friday night from 5 to 9 p.m. (through Aug. 5, no concert on July 1) at Cesar Chavez Park in downtown Sacramento. For a more info and a full lineup of upcoming concerts, go to Godowntownsac.com.